Love Scandinavian Design? These Are The Designers You Need to Know

Brush up on Nordic style.

Scandinavian design captured the hearts and eyes of décor lovers around the globe long before IKEA entered our homes. Nordic countries have always had a strong sense of style and appreciation for aesthetics, but it was in the '50s that many Scandinavian designers made a name for themselves on an international scale.

What Is Scandinavian Design?

These designers' love for clean lines, organic textures, and simple silhouettes made waves on the midcentury design scene, so much so that many Scandinavian midcentury designs are still very popular in homes today. In fact, Scandinavian designs are some of the most coveted and easily recognized furniture designs around the world. Below, our most well-loved Danish, Norwegian, and Swedish furniture designers.

Kaare Klint is widely known as the father of modern Danish furniture design. The son of an architect, he was plunged into the design world early on, designing his first piece of furniture at the age of 26. Throughout his prolific career, he shaped many other Danish designers such as Børge Mogensen and Jens Risom. 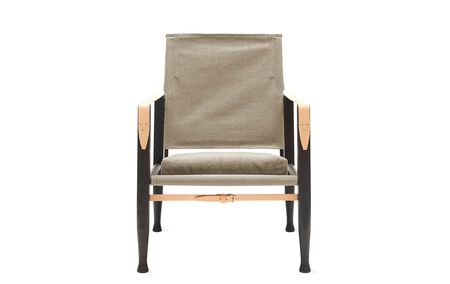 Poul Henningsen achieved international icon status with a series of lighting fixtures in the '20s when the electric light bulb was still considered a new technology. The PH Pendant lamp, Artichoke lamp, and PH Snowball lamp (shown above) are still manufactured nearly a century later. 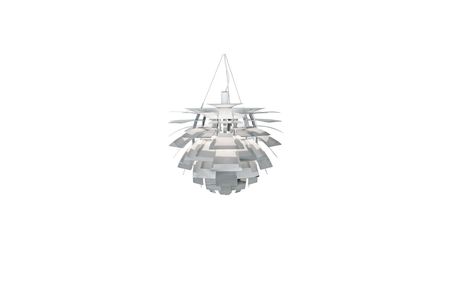 Austria-born architect Josef Frank became a Swedish citizen in the '30s. He's best known for his colorful fabric designs for the Swedish company Svenskt Tenn. His fabrics and wallpapers are still highly coveted, gracing many homes and hotels, most notably The Maidstone in East Hampton, New York. 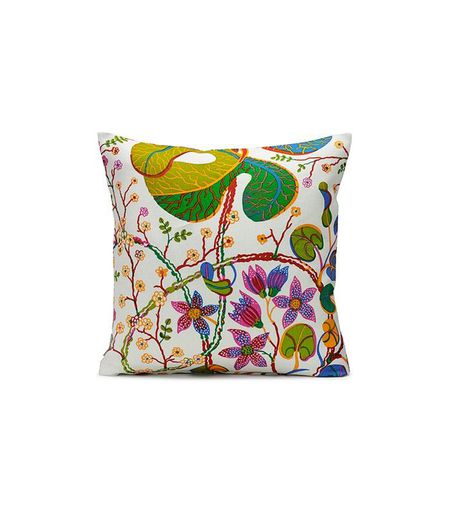 Architect Arne Jacobsen was one of the most prolific Scandinavian modernist designers of his time and he sold millions of his plywood Ant Chair. He was influenced by Mies van der Rohe and Charles and Ray Eames, and many of his chairs and lighting designs are still sold today.

Best-Known Work: The Egg Chair and the Swan Chair 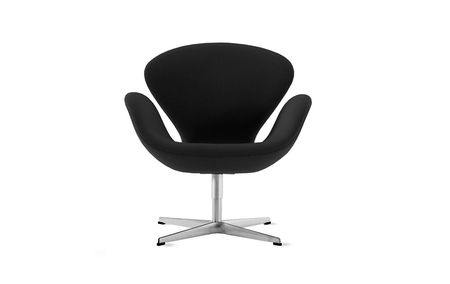 Although Greta Magnusson-Grossman spent the last 50 years of her life in California, she established herself as a young designer in her home country of Sweden. Marrying Scandinavian and Californian modernist aesthetics, she opened a shop on Rodeo Drive in Los Angeles, selling Swedish designs to notable personalities like Greta Garbo and Frank Sinatra. 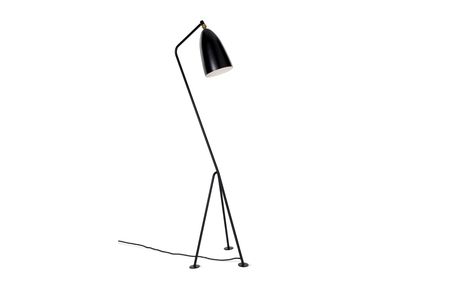 Finn Juhl is among those credited for introducing Danish design to America. He made his American debut at the MoMA in New York in 1951. The iconic sensual shapes of his designs have earned him many awards, some postmortem: His Baker Sofa won Best Reissue in the Wallpaper Design Awards in 2010. His home shown above was turned into a museum that can still be visited near Copenhagen today. 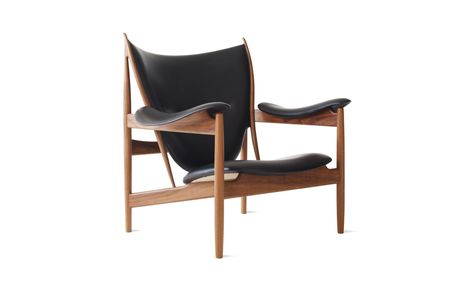 Hans Wegner is a master of 20th-century Danish modernism. Though he created a ton of iconic pieces, Wegner was best known for his chairs, designing more than 500 over the course of his career, hundreds of which went into mass production. Some of his most iconic chairs include the Peacock Chair, the Wishbone Chair, the Shell Chair, and a MyDomaine favorite: the Flag Halyard chair by the Danish architect.

Best-Known Work: His chairs (too many to name) 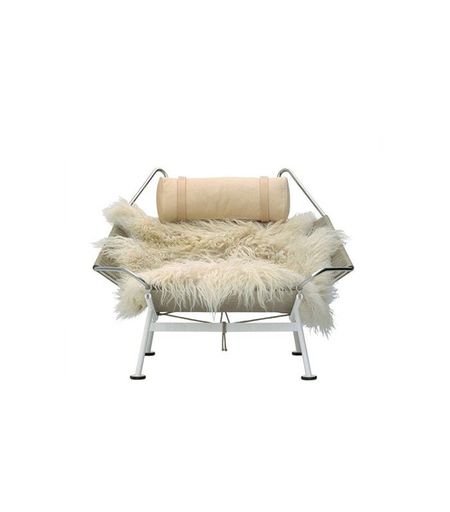 Pricing available upon request from the brand.

Børge Mogensen started his career as a cabinetmaker and teaching assistant of the aforementioned Kaare Klint before venturing out on his own in 1959. He won multiple design awards throughout his career and was celebrated for his quality craftsmanship and the classic influences that inspired his modern designs. 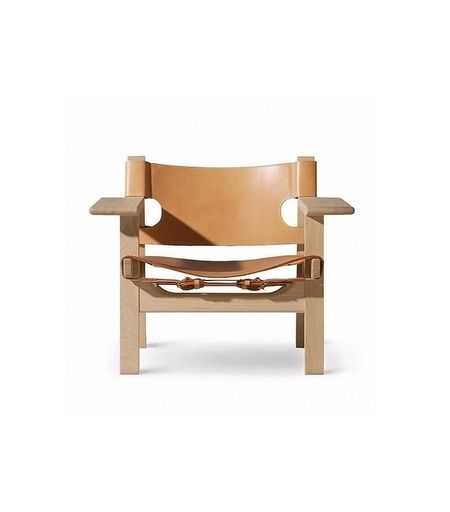 Another Scandinavian expat, Jens Risom emigrated from his home country of Denmark to the United States in 1939, around the same time as Greta Grossman. At the age of 23, he had already attended business school and designed furniture for Kaare Klint. His Risom chair was one of the first to be manufactured by Knoll and is still manufactured today. 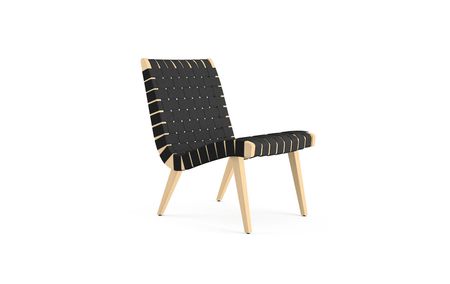 Though not the most prolific furniture designer, Danish architect Philip Arctander's iconic Clam Chair is one of the most sought-after items on the auction and antique scene today, commanding astronomical prices reaching tens of thousands of dollars. This begs the question: Clam Chair or Birkin bag? 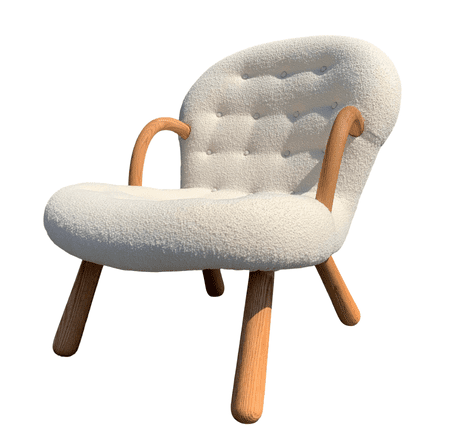 Niels Otto Møller’s furniture repertoire might be small compared to his more prolific counterparts, but this only speaks to his uncompromising craftsmanship. Each design took him five years to complete, making his collections even more coveted and close to perfection. His dining chairs are still found in homes all over the world today, including the stunning Joel Barkley-designed Hamptons home above. 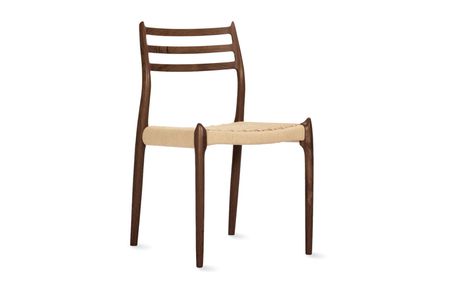 Verner Panton (not to be confused with Pantone) apprenticed with Arne Jacobsen and subsequently established himself as an avant-garde designer known for his fluid futuristic shapes and use of plastics in vibrant colors. 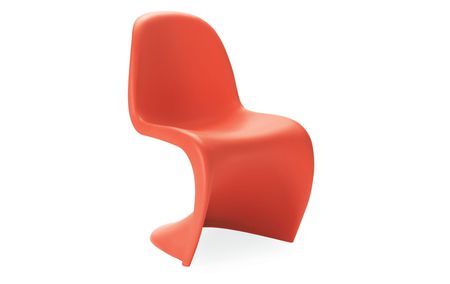