It's Not October Until You Read About These Spooky Haunted Mansions

What is it about ghost stories that make them so alluring? Perhaps it's because they meet at the intersection of entertainment, belief, and fear of the unknown. Or maybe we just like scaring ourselves silly so we can get more use out of our stylish night-lights. Whatever the reason, we seem to have a fascination with all things haunted—so let's get to it.

Ghosts or no ghosts, there's something unsettling and sad about abandoned theme parks, perfectly intact ghost towns, deteriorating cemeteries, and derelict hospitals. And while these places are spooky, haunted houses are the creepiest of all because they represent an otherworldly intrusion in our most private, safe space. So in the spirit of October, we decided to research the scariest haunted houses in the U.S., highlighting the eight that will keep you up at night. Read through their tragic and violent origin stories and reported hauntings below. But be careful, as you'll probably have a hard time sleeping tonight even if you don't scare easily, as these are downright disturbing (speaking from personal experience here).

The Origin Story: The couple who owned this house, Leonard Louis Nicholas, MD, and Delphine LaLaurie, were cruel slave owners. After one of them mysteriously died (most neighbors thought that Mrs. LaLaurie chased her off the roof), a council set all her slaves free, though she bought them back soon after. And when a fire broke out in 1834, the firefighters on the scene discovered a torture room in the attic with several of her victims, all of whom were slaves. They were in terrible condition, as Mrs. LaLaurie had been performing brutal "medical experiments" on them. They received medical treatment at a nearby hospital, and almost 2000 townspeople came to the house to chase Mrs. LaLaurie out of town, who ran away to France.

Reported Hauntings: Apparently the LaLaurie Mansion is so notoriously haunted that it's known as simply "The Haunted Mansion" in New Orleans. Then, when the property had been converted into apartments in 1894, a tenant was brutally murdered in his unit. During the investigation, one neighbor told police that the victim had been "dealing with sprites," and a friend mentioned that he said there was a demon in the house. Later, when it was an all-girls primary school, teachers reported young students coming up to them traumatized with bruises and marks on their arms. When they asked who had done it, they simply said: "that woman did." Today, most people only report hearing moans coming from the top of the house and strange happenings with the street lamps on the corner. It's so creepy that season 3 of American Horror Story, Coven, is loosely based on it.

The Origin Story: Located in Santa Cruz County, California, where the land itself is cursed and built in the middle of Native American burial ground, lies the Rispin Mansion. Henry Allen Rispin bought the entire city in 1919 and built a home, though he and his wealthy oil heiress wife, Annette, didn't live there. He built the home to bring up the property values and the vacation allure of the city he bought, but the town didn't have a fire or a police department, and the water and sewage systems were rundown.

He eventually sold the mansion to Robert Hays Smith and then lost most of his goods during the crash of stock market in the 30s. It fell into disrepair, and then the Catholic Order of a local church bought it and converted into a nunnery, where it was a functioning convent until 1957. Given its rich history, it became a site of vandalism and trespassers. By the 1960s, it was a makeshift hippie commune and home for squatters. The local SWAT team also used it as a training location.

Reported Hauntings: Today, the building remains abandoned. Most recently, a fire ripped through it. The roof was destroyed. Apparently, there are strange-looking exposed pipes and bullet holes. People report sightings of Henry Rispin, whose soul haunts it for being the driving force behind the demise of his fortunes. A ghosthunter got permission from the city to go investigate on the property but decided not to when because they said it didn't feel safe due to an angry presence.

The Origin Story: This Bavarian-style haunted house in Los Angeles is full of twists and turns. The first ghastly occurrence was in the '30s when Hollywood couple Jean Harlow and Paul Bern lived in the home until the abusive Bern shot himself in the head. Because the butler called MGM instead of the police when he discovered Berns's body, rumors circulated that it wasn't a suicide after all. One suspect was Bern's ex-girlfriend, who jumped off a boat and killed herself the following day.

Over the years, two other people died in the swimming pool. Years later, a celebrity hairstylist named Jay Sebring bought the home. He lived there with his young girlfriend, Sharon Tate, until she left him and married Roman Polanski. However, they remained friends, and both of them were murder victims of the Charles Manson cult.

Reported Hauntings: Sharon Tate told several friends that when she was sleeping in the master bedroom alone, she saw a "creepy little man," who she believed was Paul Bern's ghost. She was so scared that she left the room, only to find an even creepier apparition-like corpse with its throat slit. Tate told her friends she thought it was a nightmare, but then in the morning, she realized it wasn't. During the "nightmare," her dream-self rushed over to the bar to calm her nerves with a drink when she felt overcome by an urge to rip the wallpaper. The next day, she saw the items on the bar cart were out and the wallpaper was indeed ripped.

The Origin Story: Located in Lancaster, Ohio, the local legend says a man bought this home in 1892 and moved in with his wife and three daughters. Neighbors saw them uploading boxes but never saw them again. Initially, they assumed the family simply liked to keep to themselves. But then they realized that was not the case. The neighbor would look out at the house and see a woman in the window who was dressed in all white. The next day, she saw it again. And again. In the same position. Finally, after a week went by, she called the police to investigate. All five of them were hanging from the ceiling in white nightgowns.

Reported Hauntings: Though it was demolished by the most recent owner due to vagrants and break-ins curious about the ghost stories, the allure is still there. Until 2015, people reported seeing a woman in white looking out from the window. But the recent homeowner, Jeanne Hartman, who inherited it when it was sold to her family in the 1920s, (who didn't live on the property), would stand guard outside the house to make sure no one broke in.

The Origin Story: This St. Louis home was owned by America's first lager beer brewers, the Lemps. Their brewery was incredibly successful, and the family was one of the wealthiest in the area. A third-generation Lemp, Frederick, died under mysterious circumstances in 1901, and then his father committed suicide years later in the family mansion. The business was on a slow decline until its permanent closure during Prohibition. Throughout the years, his three siblings also took their own lives. Before their tragic deaths, they all lived in the family mansion, even after the company was liquidated of its assets. Some of their funerals were also held there. The only surviving brother's wish was that all the family's heirloom's, including paperwork, artwork, and more, were set on fire.

Reported Hauntings: After the last Lemp passed away, the mansion was converted into a boarding house. But they could rarely fill it with tenants because of its history as well as residents complaining about phantom footsteps keeping them up at night. It deteriorated over time until The Pointer family bought and renovated it in 1975. Apparently, a lot of construction workers had such an uneasy feelings on site that they left and never came back. It's a restaurant today, and customers have reported seeing a ghostly figure of a woman.

Origin Story: Considering that the bricks on Barton Mansion in Redlands, California, are made from the red clay of a Native American burial site that it's built on top of, we're not surprised that this place is haunted. Many warned him not to disrespect the custom and to honor the dead who were laid to rest there, but he moved in regardless. His two young daughters died soon after, and then he became a Freemason. The home was abandoned for many years, and later, police found dead bodies inside (but then again, it was a former gravesite).

Reported Hauntings: Supposedly, when you walk into the home, cold temperatures immediately wash over you (but only in certain spots), even if it's warm outside. Closet doors push open, and people have reported a dark figure watching you from the top of the house as you exit.

Origin Story: Homeowners J.B. and Sarah Moore, along with their 6 children and two of their friends, were murdered in their Iowan home in 1912. Though the town changed drastically in mood and lifestyle right after the murders and many private detectives flocked to the scene of the crime to solve it, they never came to any conclusions about what happened in the house the night of the murders. It was a hugely mismanaged case, with hundreds of town members walking through the home. One of the main suspects was an Iowa state senator as well as a reverend and a suspected serial killer. With such a dark past and shrouded in mystery, it's no wonder that the place still feels eerie today.

Reported Hauntings: The house had many owners and tenants over the years until a local museum owner bought it in 1994 and restored it so it looked like it would have in 1912. It's an Inn today, so as you can possibly imagine, there are many midnight visits from ghosts reported by guests. One ghost tour was cut short when they heard loud banging noises and children's laughter.

Origin Story: a Victorian house built in 1894, the Whisper's Estate has a sinister past. John and Jesse Gibbons purchased the house in 1899 and throughout the years, they adopted many abandoned and orphaned children. One of them, a 10-year-old girl named Rachel, allegedly started a fire and died of complications from burns two days later. An infant and Jesse also died in the home within a short time frame. Since John Gibbons was a doctor with offices in the house itself, it's also possible that some of his patients died there. Later, the little boy of a later inhabitant died by falling down the stairs.

Reported Hauntings: It got its nickname "Whisper's Estate" from the disembodied sounds and mutterings heard by inhabitants when it was rented out as apartments, and most recently, guests in the current B&B. Many people feel the sensation of someone sitting on their chest and hear bouts of coughing, as well as footsteps on the staircase. And even creepier—a lot of women report getting groped. There's a purported (though undocumented) gravesites in the backyard, including aborted fetuses, organs, and limbs. 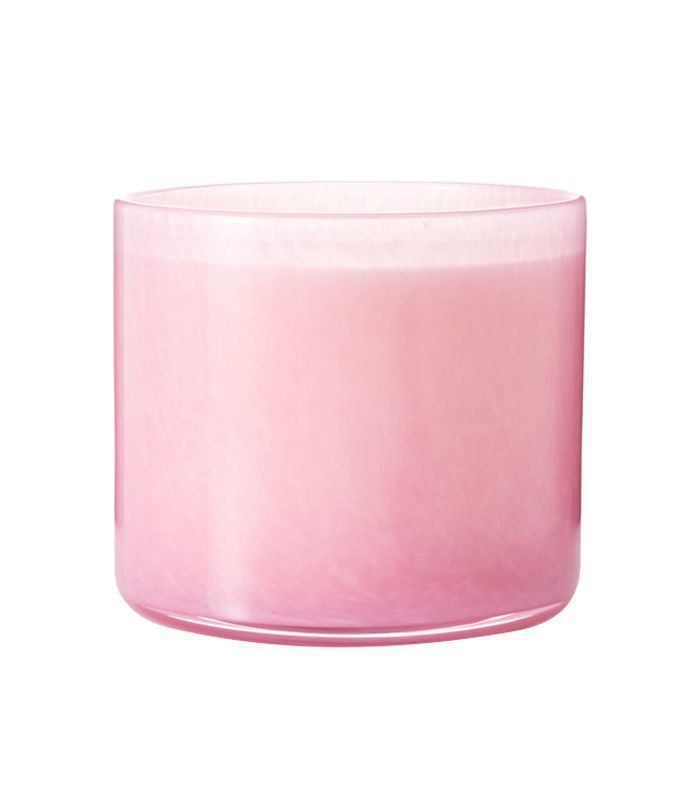 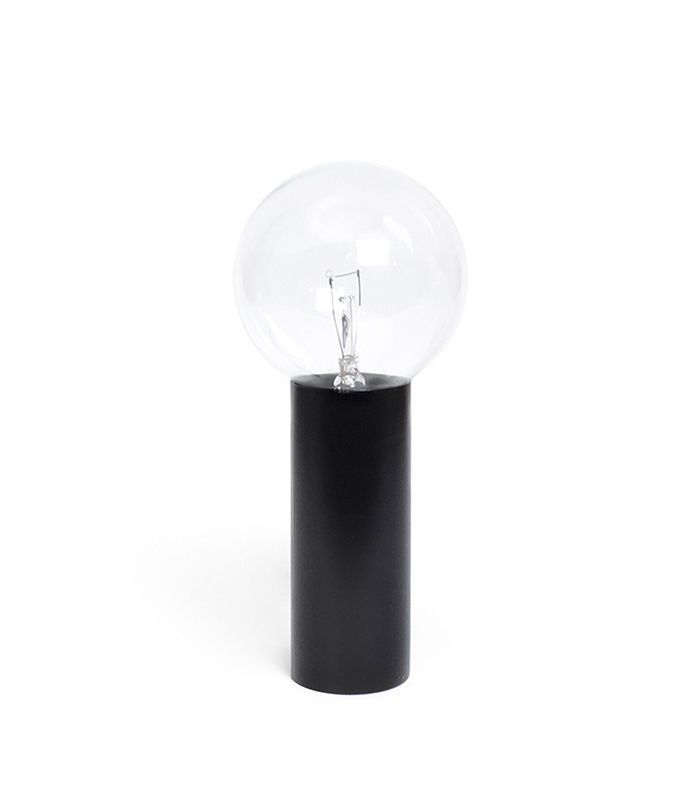 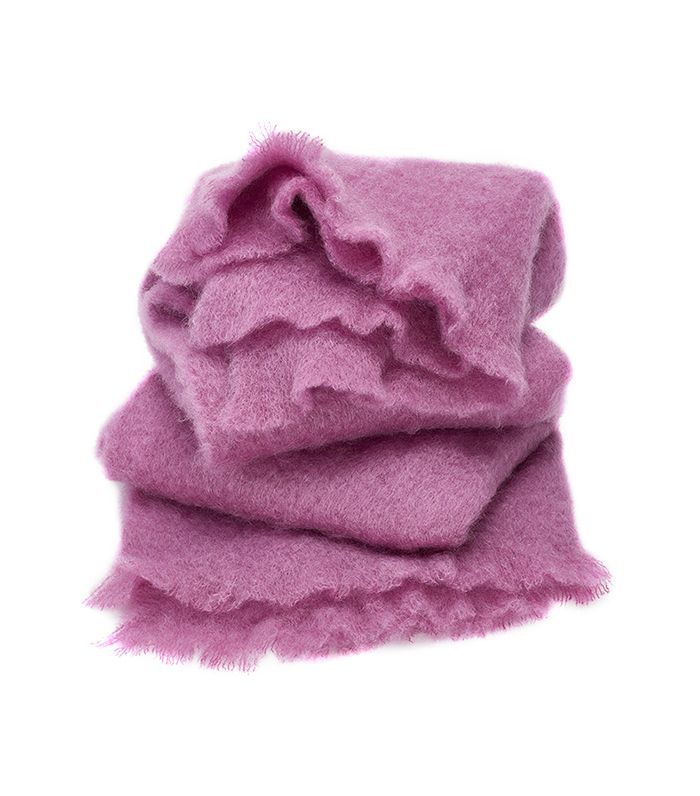 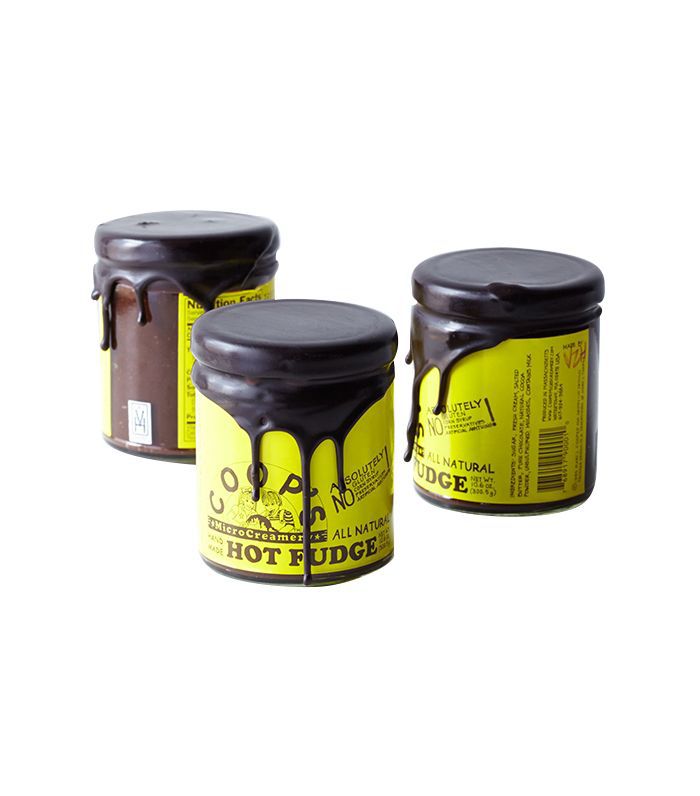 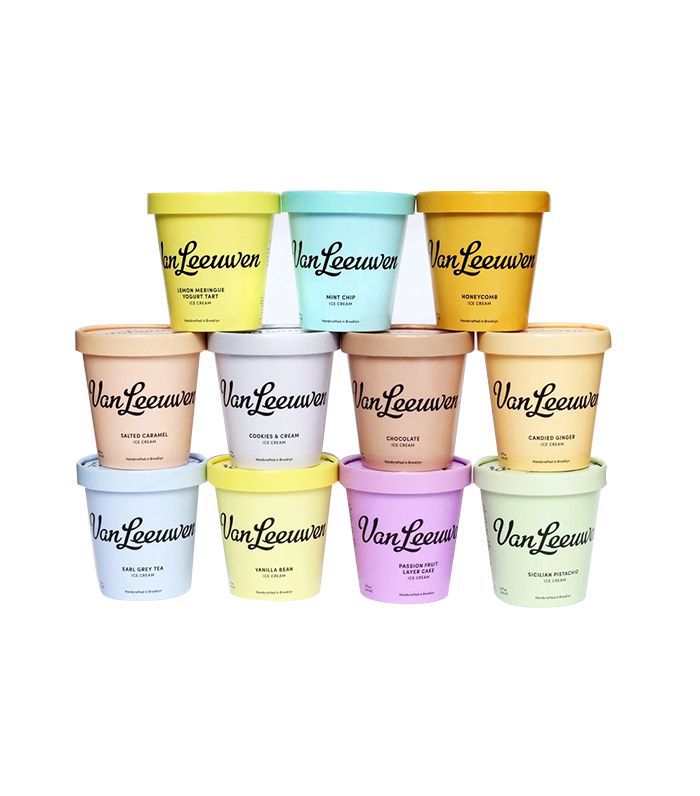 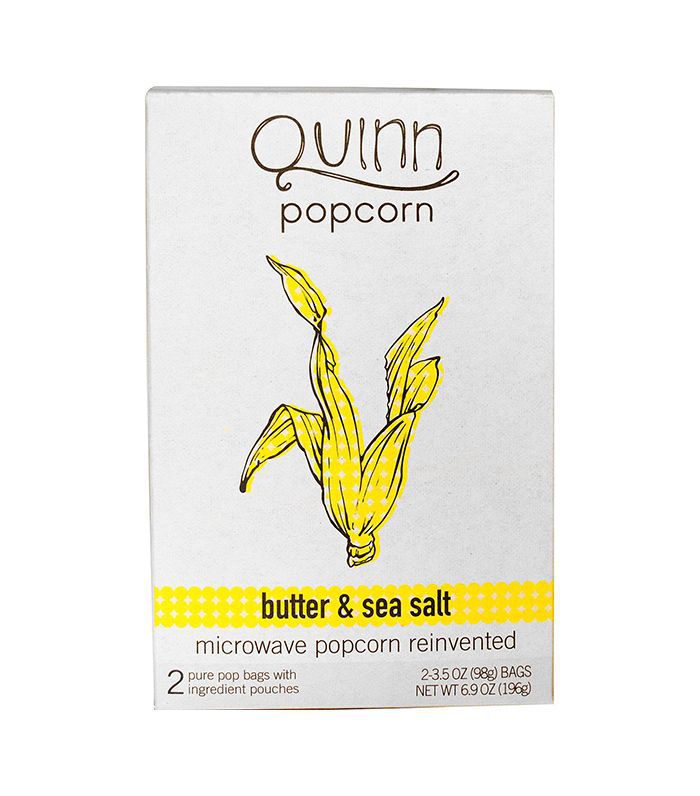 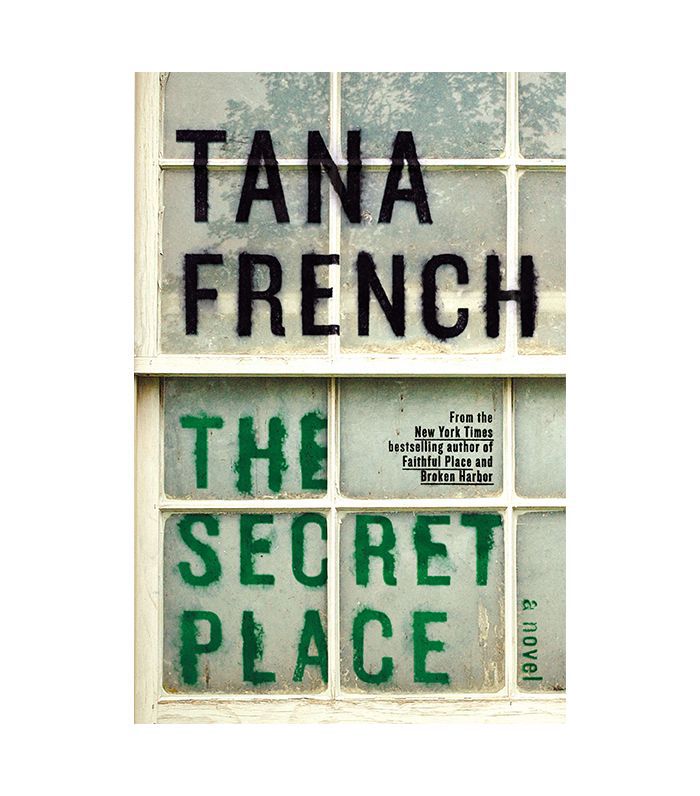 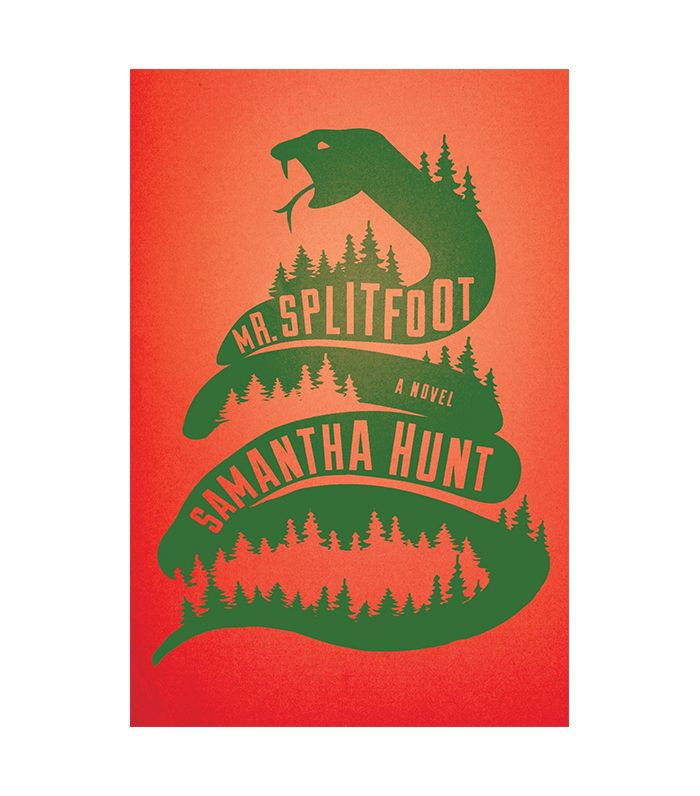 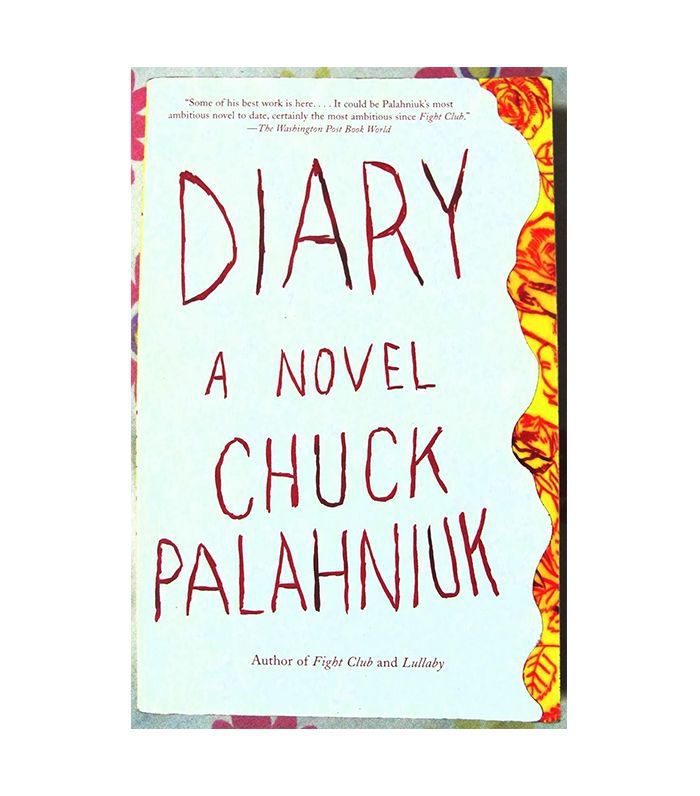