8 Top Interior Designers Who Were Self-Taught 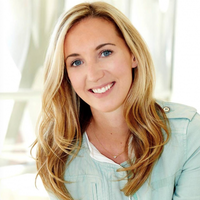 You’d be hard-pressed to find a soul in the interior design field who would tell you studying design is a bad idea—education is hard to knock. But if you have talent and ambition, it is possible to succeed in the world of interiors without studying interior design in school or becoming a professional member of the American Society of Interior Designers, which requires you to pass the National Council for Interior Design Qualification exam. Need convincing? Some of the biggest names in interior design—including the illustrious Nate Berkus and Jonathan Adler—were self-taught.

Read on to learn about eight self-motivated and autodidactic designers.

House Beautiful named New York-based Vicente Wolf as one of the 10 most influential designers in the United States, Interior Design inducted him into its Designer Hall of Fame, and Architectural Digest listed him on its coveted honor roll “The AD 100.” But when he started his career as an interior designer more than 30 years ago, he had “no training and no tools,” he has said.

“Because of my dyslexia, going to school was really not the best option for me. But I was committed and determined,” he wrote on his blog. “I trained myself to do scale drawings, to do all the things required to be able to execute a job. I was an assistant for somebody and saw the pitfalls first-hand; I learned to go to the marketplace and what it took to produce and put a job together. I did presentation boards, drafting, and I paid my dues, but I learned through experience and a lot of very hard work.”

The work of leading San Francisco-based interior designer Martha Angus has been featured in ELLE Decor, House Beautiful, California Home + Design, and more. She's also designed homes for luminaries like Ralph Lauren and the Lauder family, as well as created interiors for swank stores like Saks Fifth Avenue and Lane Crawford in Hong Kong. But Angus was actually a fine arts graduate (of Carnegie Mellon University), who set out originally to become an artist.

Following her mother’s advice to explore interiors (a field which she thought it was easier to make a living), Angus became an assistant to an interior designer in Philadelphia, where she learned tried-and-true tricks of the trade. Soon enough, she’d relocated and worked with the likes of Sotheby's Restoration, Saks, and Naomi Leff and Associates, and later launched her own design firm on the West Coast.

Interior designer Brian Patrick Flynn, whose work has been featured by HGTV, Country Living, Domaine, and more, began his career as a television producer. After years of writing, producing, and directing news programs and home improvement shows, Flynn tried his hand at residential interiors, and his career in the field quickly took off.

Now, in addition to taking on traditional design clients, he combines his TV background with his interiors skills with FlynnsideOut Productions, a full-service production company specializing in lifestyle content.

Interior designers Betsy Burnham —both partners at Burnham Design, whose work has been featured in The New York Times, House Beautiful, and InStyle, among others—have an interesting story.

After graduating from Dartmouth College with a Visual Studies (Fine Arts) major, principal designer Betsy Burnham began her career in the New York fashion industry. Several years later, she relocated to Los Angeles where she launched her eponymous interior design firm. Many years later, she went to UCLA Extension to learn hand drafting and a few other technical skills, and one of her early design assistants taught her to use AutoCAD, a leading drawing and drafting software. “Honestly, even though I believe every designer should have a solid technical skill set, I think my liberal arts education has served me more than a design school degree ever could have,” she tells us.

Honestly, even though I believe every designer should have a solid technical skill set, I think my liberal arts education has served me more than a design school degree ever could have.

With a degree in New Media from Emerson College, Max Humphrey relocated to Los Angeles to pursue a career in television production. He soon abandoned the field to go on tour as a bassist with an L.A.-based punk rock band. When the band broke up, he soon found himself developing an interest in interiors and replied to an anonymous ad as a part-time design assistant for Burnham Design.

Under Burnham’s mentorship—he describes himself as “not self-taught but Betsy-taught,”—he quickly established himself as a savvy interior designer and ultimately was promoted to partner at the firm. He now runs his own design firm in Portland, Oregon.

During his studies at Lake Forest College, from which he graduated with degrees in French and Sociology, celebrated interior designer Nate Berkus interned with fashion designer Dominique Aurientis in Paris and with Sotheby’s in Chicago. After college, he took a job with Leslie Hindman Auctioneers. All of these experiences helped to develop his love for decorative arts and furniture, and his understanding of how to shop.

At the young age of 24, he formed his eponymous design firm Nate Berkus Associates, and later became a regular on The Oprah Winfrey Show. He’s since been featured in ELLE Decor, Architectural Digest, Domino, and countless other publications, and launched several home decor collections, including his much-buzzed-about Target lines.

Though famed potter, furniture designer, and interior designer Jonathan Adler technically studied semiotics and art history at Brown University, he spent much of his college years at the nearby Rhode Island School of Design making pots. After graduating, he moved to New York City and began working at a talent agency.

After three long and unhappy years in the movie business, he quit and returned to the potting studio, landing his first big order from Barneys New York soon after. Four years after opening his first home decor store in SoHo, Adler began to take on interior design projects, which has since become an important facet of his career and brand.

Completely self-made and untrained, young interior designer Ryan Korban studied cultural media studies and European art history at The New School. In less than 10 years, he has become the reigning king of downtown New York interior design, having been spotlighted in Harper’s Bazaar, The Wall Street Journal, Town & Country, The Selby, and more.

“When I was at The New School in New York, I had friends who studied architecture and interior design, while I went the more liberal arts route,” he said. “I believe there is nothing better than an education and a skill set, but what was more important for me was experience. I also think it’s critical to have a very clear aesthetic because there are so many designers and it’s easy to get lost.”