This Skin Cancer Supplement Could Cut Your Risk

When word of a vitamin that drastically reduces the risk of skin cancer bubbled to the fore in 2015, it almost seemed too good to be true. In a randomized trial, Australian scientists tested 386 people prone to non-melanoma skin cancers and found that taking a simple, inexpensive vitamin called nicotinamide cut their risk by 23 percent.

Now we're starting to see nicotinamide pop up in everything from daily vitamins to green juice blends. But is this active ingredient all it's cracked up to be? Ronald Moy, MD, dermatologist, vice president of the Skin Cancer Foundation, and founder of DNARenewal, says if you spend time in the sun, it's a no-brainer. "The evidence that Nicotinamide increases DNA repair activity and decreases skin cancer is overwhelming," he tells MyDomaine.

We hear you: It seems like every day we hear about a new supplement to add to our routine. Is this one warranted? Ahead, we quiz three renown dermatologist and skin cancer experts to find out if it deserves a spot in your bathroom cabinet. Here's what they had to say.

First things first: What is this active ingredient? "Nicotinamide is a form of vitamin B3 that increases DNA repair all over the body and enhances the immune system," says Moy, who has developed a host of beauty supplements containing it. "The clinical trials have shown that we're now able to repair the DNA damage that occurred in the past (those harsh sunburns you got when you were little or forgot wear sunscreen). This means that skin cancer can be prevented with this method."

He points out that it's not to be confused with niacin, another form of vitamin B3. "Unlike niacin, nicotinamide is formulated to have the same benefits without the side effects."

Is It Really a Game Changer for Reducing Skin Cancer?

The headline-causing clinical study involved just 386 people, many of whom are over 50—is it enough evidence to suggest we should take nicotinamide? According to Dendy Engelman, MD, dermatologic surgeon MDCS, it's a positive start. "The research, while not conclusive, is definitely promising," he says, noting that the benefits extend well beyond a reduced risk of skin cancer. "[It] has other health and skin benefits like being anti-inflammatory, which is beneficial in treating skin diseases that have an inflammatory component … like acne, atopic dermatitis, psoriasis, etc."

Adam Friedman, MD, associate professor of Dermatology at George Washington School of Medicine and Health Sciences, isn't convinced that it belongs in everyone's supplement routine—but he also says there's no harm in taking it. "This study is certainly not conclusive," he says. "There is no evidence for effectiveness in the broader population," beyond those involved in the trial, who all had a history of non-melanoma skin cancer. However, "at the doses suggested, there does not seem to be any harm in taking 500 mg twice daily." 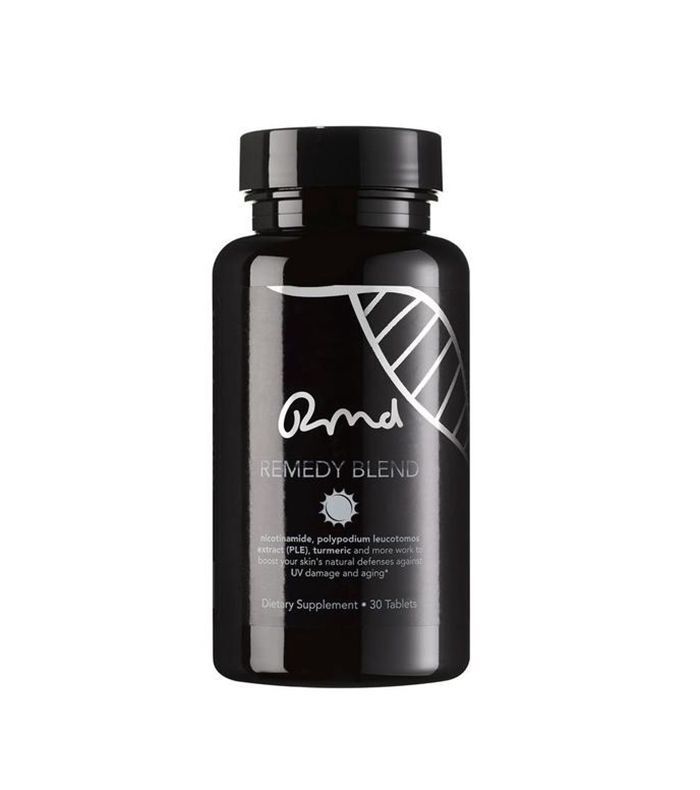 So What's the Catch?

There are a few to note. Firstly, the science suggests that you have to take nicotinamide for an extended period to reap the benefits. In other words, you can't just pop a pill after getting sunburnt to minimise the damage. "You would have to take it all year long, although, taking the Remedy Blend that has polypodium leucotomos extract (PLE) in it would help before sun exposure and in the summertime," says Moy.

Henry Scowcroft of Cancer Research UK points out that the study didn't involve "healthy" people, so it might not be that beneficial to those who are young without a history of cancer. So is it worthwhile?

"Studies have shown that at 30 years old, you start to significantly lose naturally occurring DNA repair enzymes in your body, which is why you start seeing sun damage that you incurred in your teens, so even if you are on the younger side or don't have a history, it's better to be on the defensive side earlier on," says Moy.