When you live in New York, space is one of the many things you gain a new perspective on: Washer/dryer setups are luxuries, dining rooms are almost nonexistent, and studios are the norm. So when West Elm PR and influencer marketing manager Dru Ortega and his S.O., Steven, decided to share his existing 495-square-foot studio apartment, it wasn't an issue—it was a creative challenge.

"When everything is in one room, it forces you to get really creative in the design process," Ortega tells MyDomaine. "The first thought that came to mind was How do I make him feel like this is a shared space? I was cognizant of making him feel welcome and wanted to make sure his style was integrated like we were moving into a new home together."

Given his day job, it's no surprise that the West Elm pro has learned a thing or two about carefully curating a space. Here, he invites us on an exclusive tour of his Long Island City studio apartment and shares the biggest lessons he's learned from moving in with his S.O.

Yes, it's possible to live in a studio apartment as a couple and love it—here's how.

Ortega had lived in the studio apartment solo for three years, so when Steven moved in, the pair was forced to condense their clothes, furniture, and possessions. "It was definitely the most difficult part of living in a small space," he explains, but looking back, it's shifted the way the couple view and style their home. "We constantly challenge ourselves to edit our apartment. When we come across items we've stored away for a while and haven't missed, it's a sign it should go."

If you're just about to spring-clean your own apartment, follow their lead and question the practicality of each item you own. "Try to distinguish between what you actually use and what you're holding on to for sentimental value. Ask yourself, when was the last time you wore or used something? What is the purpose is it serving?" If you struggle to muster a response, it's probably time to donate or recycle it. 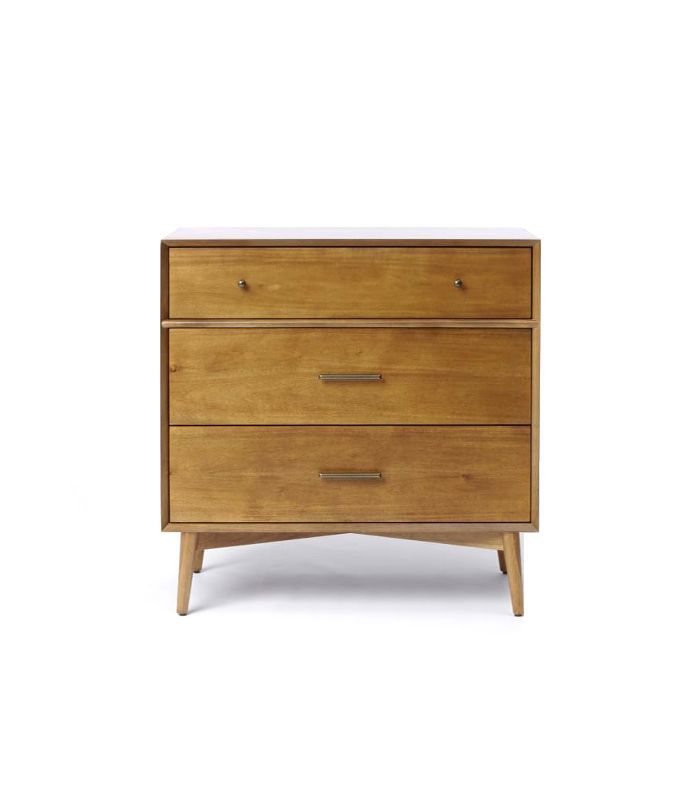 Experiment With the Layout

After the pair had edited their belongings, it was time for the fun part. "I started with the bed and designed the rest of the apartment from there. I believe in being able to walk around a bed for space and sanity," he explains, so when its position was set, he focused his attention on carving out a living room. "I didn't want to feel like I was living on my bed, so the living space was really important. I found the perfect sofa—a West Elm midcentury loveseat—and initially floated it in the middle of the room, then changed the configuration whenever I got bored."

Given the size of the studio, he says choosing furniture that could be reimagined and restyled was key. "What's great about the Hex Side Tables is that they're highly configurable. I can cluster them together or line them up linearly. It just gives me so much flexibility depending on how I position the sofa," he explains.

If you're tempted to buy a sofa or coffee table because it perfectly fits the specs of your room, Ortega says to think twice. "I would ask how people can use items in other spaces down the line. Will that furniture work one day in a larger room?" Items that can be changed, regrouped, and restyled, like the side tables, will last well beyond your first apartment. 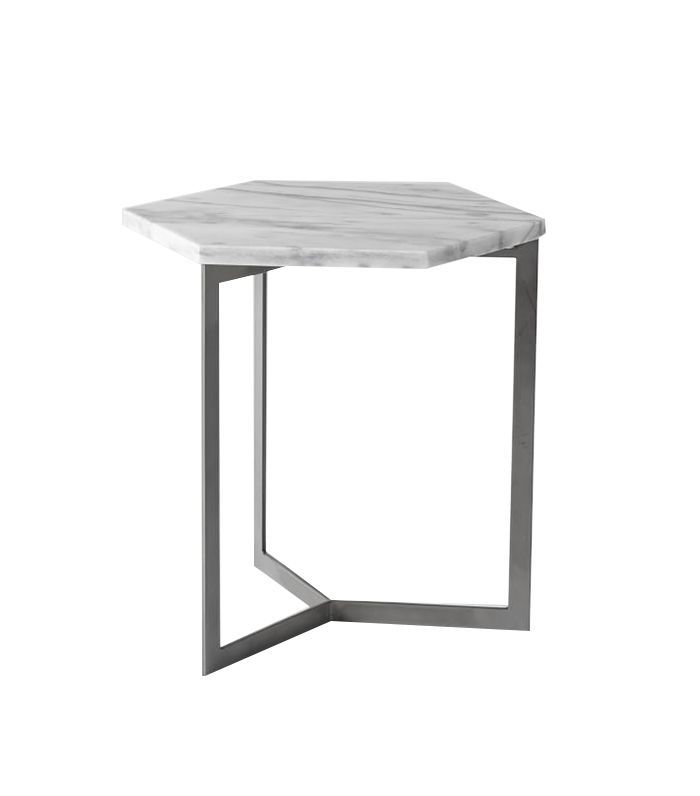 "Creating a home together was honestly pretty seamless—thankfully he likes my style!" says Ortega. While the duo blended a lot of their belongings by sharing dressers rather than having "his and his" units, he points out that it was helpful to identify a few parts of the room that were individual. "The nightstands were a great way for us to show our own personalities. That's the place where Steven injects his own style, and it's carved out as a part of the bedroom that feels like his." 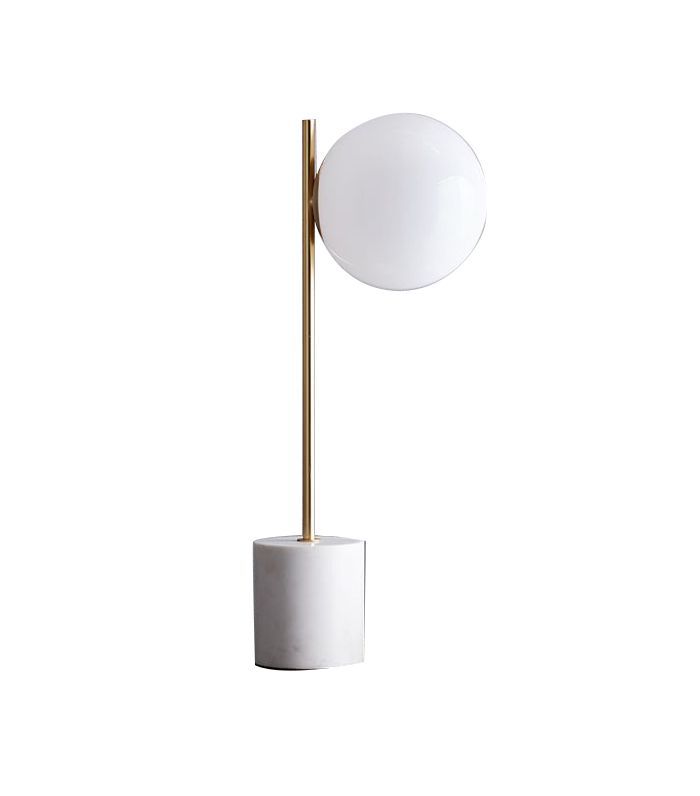 "Styling a bookshelf is one of my favorite pastimes—I'm constantly changing and rearranging things," he says, which is no surprise when you see the perfectly stacked books and personal curios that adorn the shelves in Ortega's home. "I start with big objects like books and think about how they balance the shelf and work with the items above and below," he explains. Then, he curates pictures and ensures there's a mix of frames. Finally, he tops stacks and fills blank space with decorative objects. "Those little decorative items are helpful in a small space, to hide the parts you're not sure about. They layer well and add interest," he says. 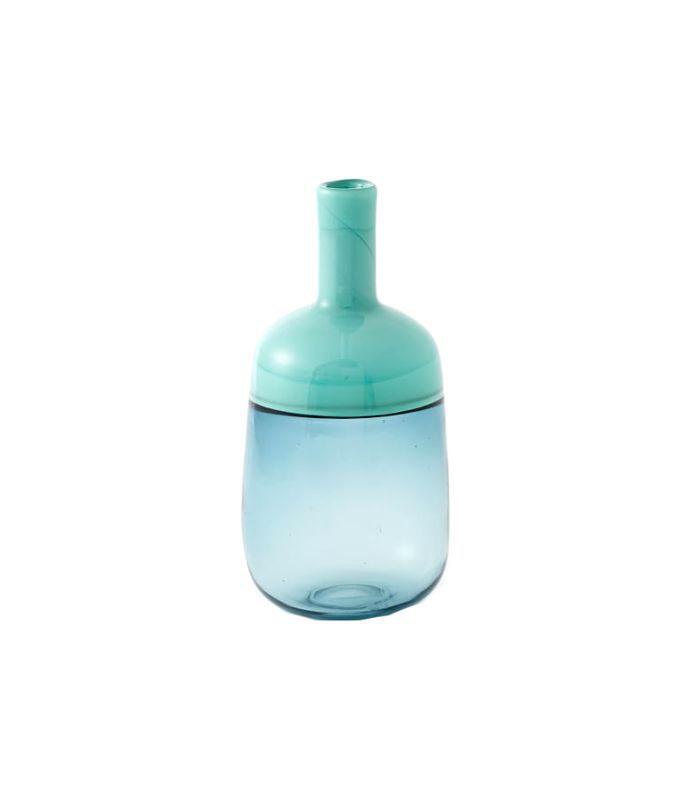 While the apartment is naturally well lit, it doesn't have an overhead light, which means the prime source of brightness at night is fixtures. "I followed the triangular rule, which means that every space should have three points of lighting. I have a floor lamp in the corner, another by the sofa, and one on the dresser. When they're all turned on, they create a really nice glow that creates the perfect mood lighting," he says.

His final tip is somewhat unexpected for a design aficionado: Don't be too precious! Ortega stresses that while he loves everything to look neat and styled, it's equally important to make sure the space is comfortable, usable, and a true echo of your personality. "What I love is that friends and family feel like it's a reflection of who we are as a couple—which at the end of the day is the most important part." 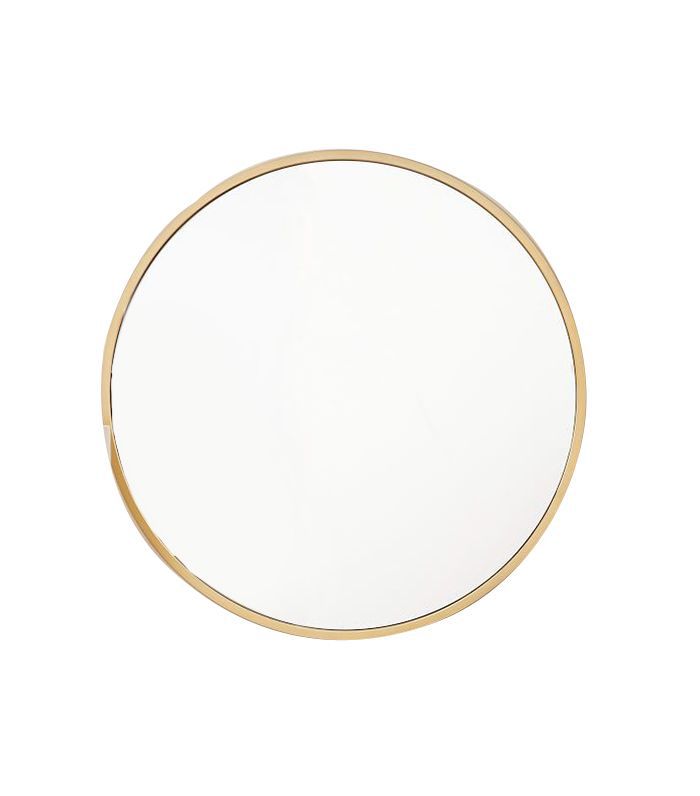 Have you recently moved in with your S.O.? Tell us how you managed to blend your styles.