There's nothing quite like redesigning a space from scratch. It's daunting, no doubt, but it's also incredibly exciting. This is what designer Dee Murphy of Murphy Deesign faced when she converted her 97-square-foot spare room (which had become the family junk room) into a cool, eclectic guest bedroom. The house, which was originally built in 1920, has a French Normandy style, so Murphy was keen to keep the European theme with a modern twist. "I styled the room with modern pieces for an eclectic mix that would marry the vintage aesthetic with a contemporary feel," she tells me.

Originally, Murphy considered turning it into a home office, but she really needed more sleeping quarters for guests, so she decided to find a way to fit two beds in the tiny space. Twin bunk beds fit the bill, but the biggest challenge was figuring out how to add a vanity and ample storage without the space feeling too cramped.

On top of that, Murphy was chosen among 20 designers to take part in the One Room Challenge, and she only had six weeks to complete it, from start to finish. "I tend to move much slower than that, especially with custom pieces, so the time frame really pushed me and my vendors," she says.

Read on to hear more about how she converted this tiny room into a modern, eclectic fantasy (and see the before-and-after photos to prove it).

This room used to be the spare room where all the family's junk would end up, from odds and ends to games, art, tchotchkes, you name it, it was in here. Of course, when Murphy first approached this project, she had no idea where to put it all. But she really wanted to use the space for extra beds when her family has visitors, so it was time to clear it out.

After some experimentation with one twin bed, Murphy decided that a twin bunk bed was the best option for the tiny room. The single took up the entire space without offering the two sleeping options that she really needed. "I realized that I could take advantage of our nine-foot ceilings, grab some square footage from the air, and create a floor-to-ceiling bunk bed for a legitimate third bedroom," she recalls.

Murphy's original inspiration was a vintage train sleeper car with a vintage piece of luggage to make her guests feel super cozy as though they were on an "unexpected vacation." 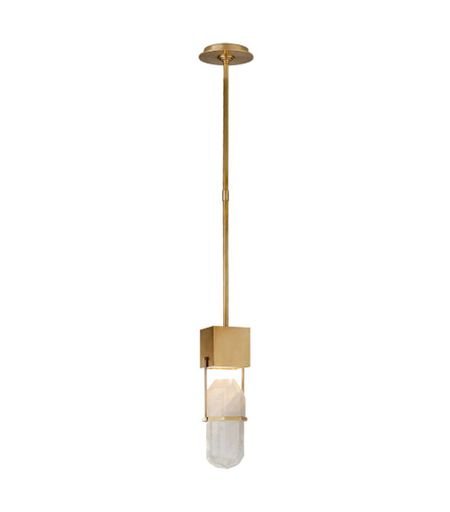 Her team moved the attic access, moved the lighting, tore down the moldings and the existing closet rail and shelves before they built the floor-to-ceiling bunk beds from scratch. 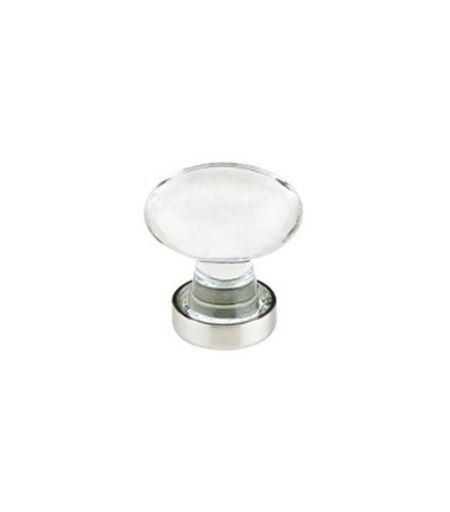 Murphy really infused her California eclectic or as she calls it “glo-ho” (glamorous boho) style into this redesign. "I'm a bit of a chameleon," she tells me. "You can tell what a Murphy Deesigned project looks like, but no project ever looks the same." We can see that. 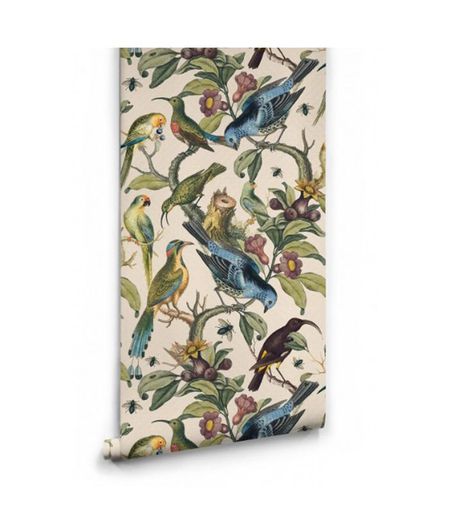 The green paint shade (it's Garden Grove by Fine Paints of Europe) seems like an unusual option for a small room as most advice we hear is to go white to open it up. But on top of that, she also used a patterned wallpaper for the ceiling. Somehow, it works."I have wanted to use green in my own home for a very long time, so I knew when I tackled this room that green would be the focal color," she explains. "After I chose the wallpaper for the ceiling, I was able to incorporate those accent colors too (orange, blues, plums, etc)." 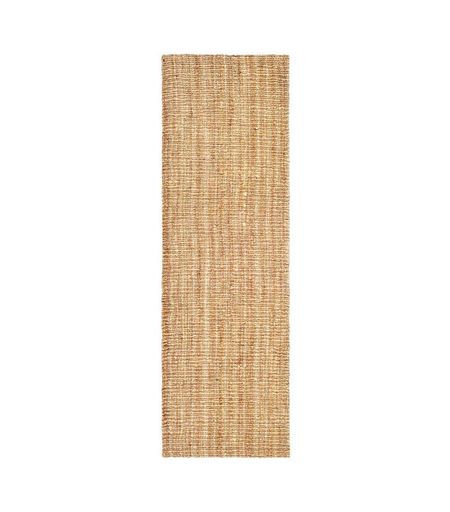 California Closets came in at the end and gave us a new closet with a vanity which really elevated the bedroom and gave some much-needed storage space. 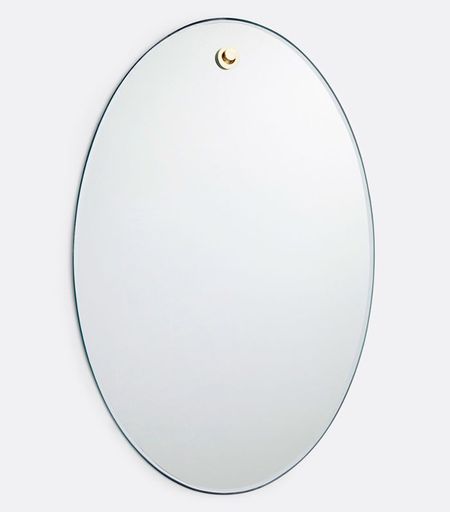 The hidden closet to the side of the vanity is a great way to store clothing and accessories without impacting the rest of the room and taking up precious space. 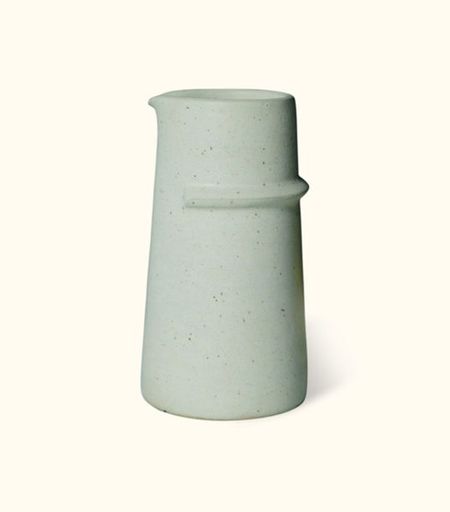 Since the whole room was a complete redesign, Murphy could really have fun with it. "When you see the space in person, it really pulls off the cozy, vintage, European feel I was aiming for," she says. "But then you have these modern moments." She's referring to the perforated brass steps on the ladder and the geometric crystal pendant that make it feel fresh and new. "I love it all," she muses. "I don't want to leave when I'm in there." 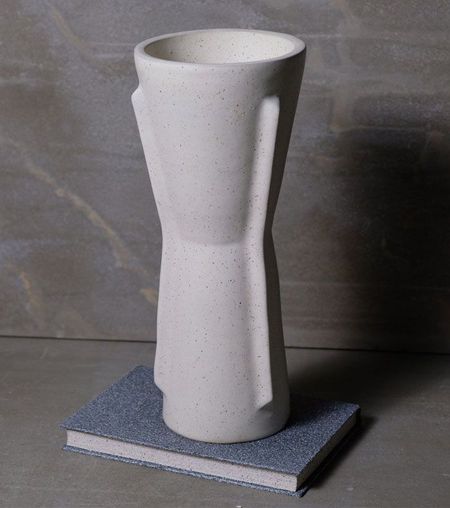 As with any small space, storage is crucial, so Murphy ensured a lot of it was built into the walls and hidden away yet still looked stylish. 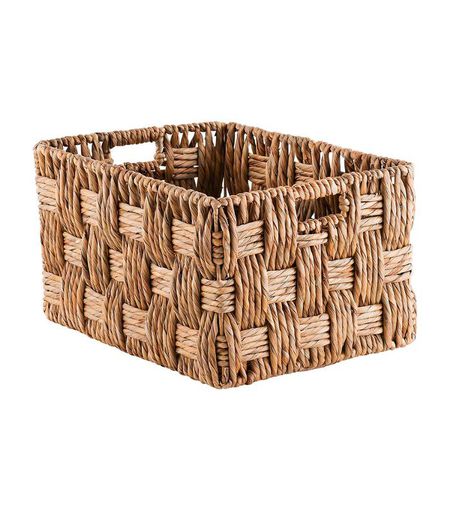 While most people go neutral and minimal with a small space, Murphy really wanted to inspire people to go big. "Take advantage of every inch, embrace color and pattern, and have some fun," she advises. 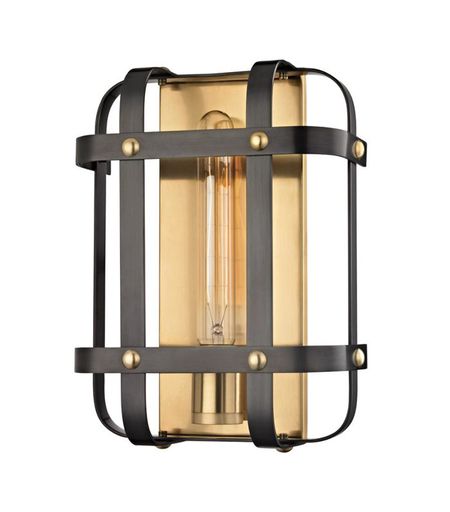