Fall calls for full-bodied red wines, woodsy scented candles, and soup—lots and lots of soup. Ideally, the hearty kind that makes you want to cozy up next to a crackling fire with a good book. But even if you don't have a wood-burning fireplace at your disposal (and if you do, we're jealous), these recipes bring that cozy fall sentiment to any locale.

Spanning spicy Thai khao soi topped with fresh pomegranate arils to a vegan broccoli soup, these 19 soups recipes are so tasty that you'll probably end up licking the bowl (and we won't judge you if you do).

No matter which soup recipe you decide to make, most of them call for a lot of the same garnishes, so keep some fresh parsley, dill, lemon, lime, and good quality olive oil handy.

The Standout Ingredient: The pomegranate arils, which add a welcome burst of freshness to a dish that's rich in spicy flavor.

The Pro Tip: Authentic khao soi curry paste can be difficult to track down. Luckily, Tieghan of Half Baked Harvest offers a substitution that's easily accessible and yields similar results. "I remade the soup using just Thai red curry paste, and it was still delicious," she explains. "Just add an extra pinch of cayenne for a little kick of heat."

The Standout Ingredient: The rosemary, sage, and thyme. These herbs give the soup its rustic, Italian-inspired flavor.

The Pro Tip: For maximum flavor, Tieghan of Half Baked Harvest recommends using chicken thighs. "I used chicken breasts because the people I am feeding have this seriously weird issue with chicken thighs," confesses Tieghan. "They just do not understand that thighs add all the flavor."

The Standout Ingredient: Roasted chestnuts add a buttery flavor to the soup that beautifully complements the subtle sweetness of the kabocha squash.

The Pro Tip: Substitute kale with nori when making the crunchy sesame "leaves" for a Japanese-inspired topping. "If you have nori, you can tear the sheets into pieces, and brush them with a mix of the following: Two teaspoons of olive oil, two teaspoons of mirin, and one teaspoon of sesame oil," offers Laura of The First Mess. "Sprinkle the nori with sesame seeds, and bake in a 300 F oven for eight minutes, rotating the sheet pan halfway through."

The Standout Ingredient: Cauliflower subs in for potato in this low carb soup recipe from Le Petit Eats, yet it's just as creamy. The rest of the ingredient list is just as simple: onion, garlic, and veggie broth.

The Standout Ingredient: Spanish chorizo, a sausage made with pimentón, or Spanish paprika, gives this soup recipe from Pickled Plum a distinctly spiced flavor profile. And sweet potato plays a naturally balanced role when paired with the chorizo.

The Standout Ingredient: While we love that cashews and potatoes give this vegan soup recipe from Love & Lemons non-dairy creaminess, the combination of apple cider vinegar, Dijon mustard, and lemon add just enough acid to brighten up this dish.

The Pro Tip: Tie this soup together with fresh dill.

The Pro Tip: Garnish with parsley, cilantro, mint, as well as scallions, a squeeze of lemon or lime, and a drizzle of olive oil.

The Standout Ingredient: Thinly sliced ginger gives this I Am a Food Blog soup recipe an extra something to the broth. In an Instant Pot, toss in mushrooms, carrots, rice, chicken stock, and a whole chicken.

The Pro Tip: After shredding chicken and adding it back to the pot, "Taste and season with the 2 tablespoons of soy sauce and freshly ground pepper," advises I Am a Food Blog. Garnish with parsley.

The Standout Ingredient: Chickpeas make the perfect creamy, plant-based protein for Orchids+Sweet Tea's vegan soup recipe. Whip it up with the addition of kale, carrots, grape tomatoes, red onion, vegetable broth, lemon, and a host of spices including cumin, turmeric, and bay leaf.

The Pro Tip: As an option, top with nutritional yeast and diced jalapeños.

The Standout Ingredient: Gruyere bacon croutons make this vegetable soup recipe from Kitchen Sanctuary extra satisfying. The soup is largely tomato based, yet it gets an extra nutrient boost with sweet potato and red pepper.

The Pro Tip: Top with parsley and a swirl of cream.

The Pro Tip: Top with fresh parsley before serving.

Lemon and Chicken Soup With Orzo

The Recipe: Lemon and Chicken Soup With Orzo

The Standout Ingredient: The addition of lemon takes this chicken soup recipe from Pinch of Yum up a notch. Whole wheat orzo, spinach, and carrots keeps things balanced.

The Pro Tip: Garnish with "as much fresh dill as you can handle," writes Pinch of Yum.

The Standout Ingredient: Chopped ham makes this otherwise veggie-forward soup recipe from Foodie Crush rich and meaty, and full of umami flavor. This easy recipe comes together with the addition of broth, split peas, carrot, celery, onion, and herbs.

The Pro Tip: "For a creamier soup instead of brothy, cook the soup for 90 minutes and lightly mash to cream," advises Foodie Crush.

The Standout Ingredient: Chopped rosemary is an easy way to add an herby, aromatic element to Melanie Makes' lentil soup recipe. Once you chop up carrots, onion, and garlic, add lentils and broth and simmer in a slow cooker for six hours.

The Standout Ingredient: Sweet potato, when simmered in a spicy broth alongside black beans, lend this recipe from Minimalist Baker texture and subtle sweetness. Flavor also comes through in ginger, cumin, chili powder, and coriander (as an option).

The Pro Tip: Add shredded chicken as an option, or if you're going vegan, Minimalist Baker recommends doubling up on beans.

The Recipe: Wild Mushroom Chowder With Bacon and Leeks

The Standout Ingredient: Mushrooms play a meaty role in this creamy chowder recipe from The Modern Proper, which also calls for bacon, leeks, and potatoes. Then add spices like nutmeg, cayenne pepper, a bit of honey, and lemon.

The Standout Ingredient: Lots of caramelized onions add to the decadence of this easy to follow recipe from The Modern Proper. Add beef stock, fresh and dried herbs, and a splash of white wine and port, then top with cheese to complete this comforting dish.

The Pro Tip: Take your time to caramelize the onions. "They should be completely softened, and a nice dark brown," advises The Modern Proper.

The Standout Ingredient: The broth of The First Messes soup recipe is rich and spicy, thanks to hot chili, ginger, turmeric, and coconut milk for undeniably coconut flavor. A scoop of grains of your choice, plus crispy tofu make this dish extra filling. 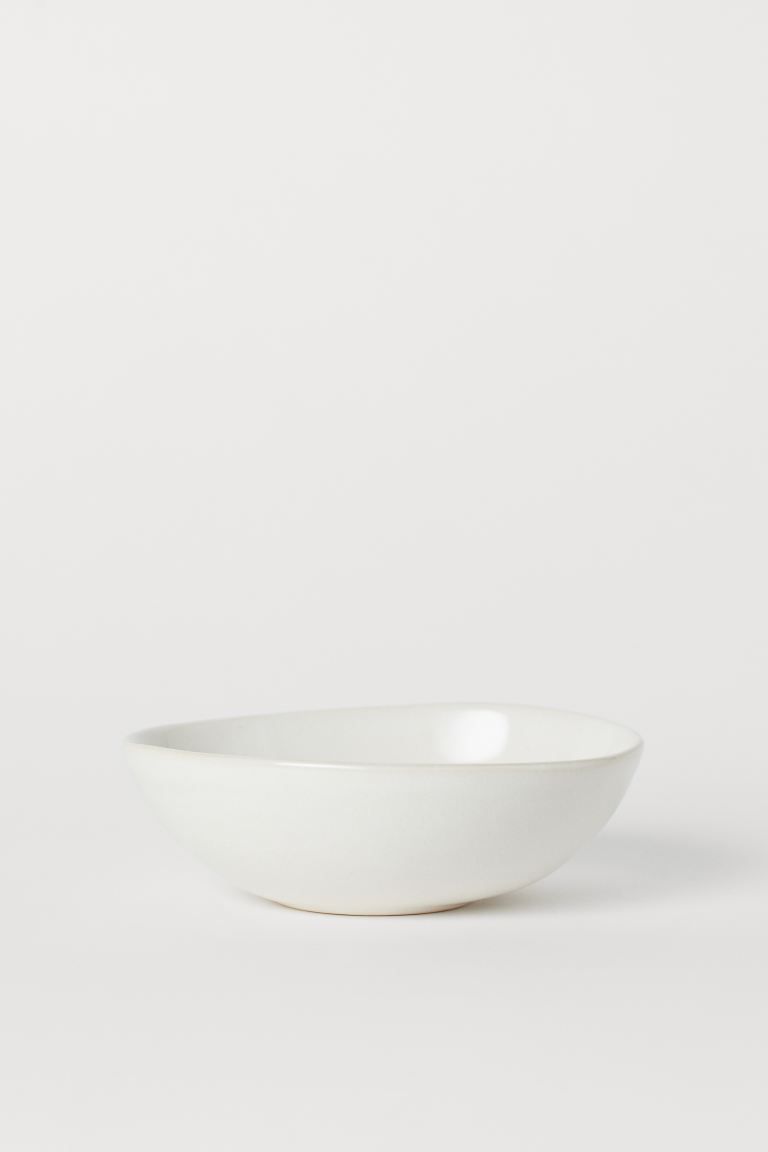 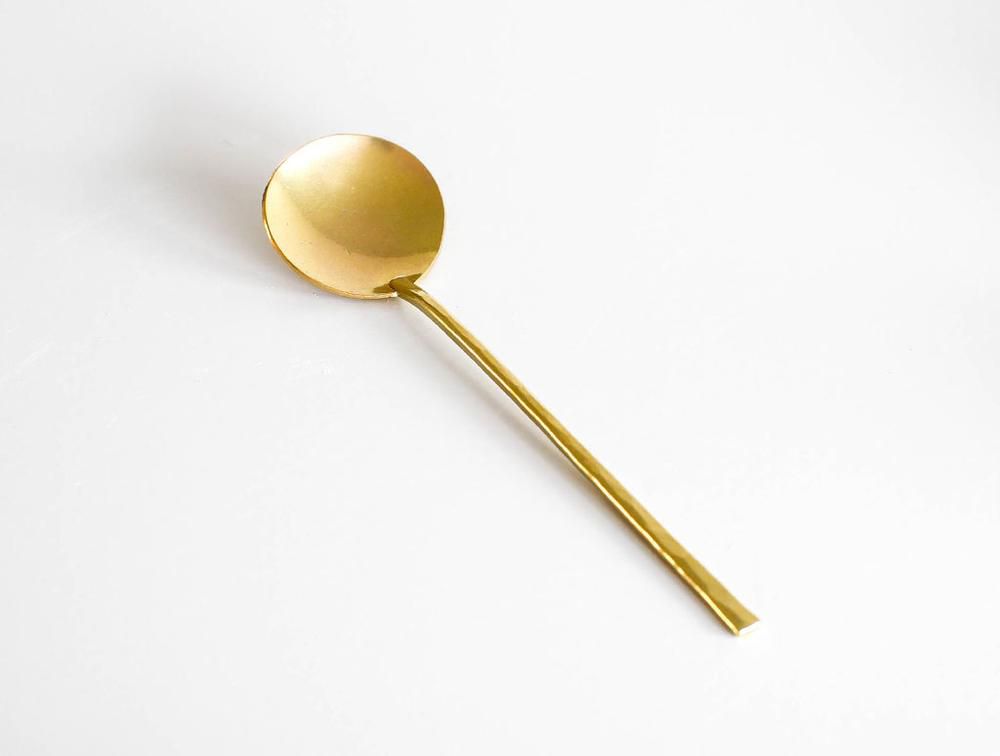