9 Inspirational Mantras Successful Women Live By (and You Should Too)

Have you experienced the power of positive self-talk? The simple act of chanting a meaningful word, persuasive phrase, or moving prose can empower your confidence and boost your internal morale meter into motivation mode. This simple happiness hack is the secret to success for many of our inspiring influencers and leading women.

Why? When vocalized out loud or within, this seemingly simple lexicon can stimulate your bliss senses, replace self-loathing with compassion, and provide the stamina needed to overcome life’s toughest moments and keep moving forward. So in honor of the upcoming International Women's Day, we drew inspiration from some seriously fierce women. Read on for some kickass mantras of successful women.

The move from famous pop star to influential fashion designer wasn't an easy one, but Victoria Beckham bucked all the critics when she reinvented herself and started her own eponymous clothing label. The decorated designer was crowned Britain’s most successful entrepreneur of 2014 and turned over £30 million (about $50 million) in sales in 2013, according to Business of Fashion. She’s also a mother of four and wife to one of the world’s most successful football players, David Beckham. So how does she do it? Well, this little mantra might have something to do with it: “I know what I want.” In an interview with Elle, Beckham repeated (aloud) this mantra to herself every two minutes and 52 seconds, for a total of seven times during 20 minutes. 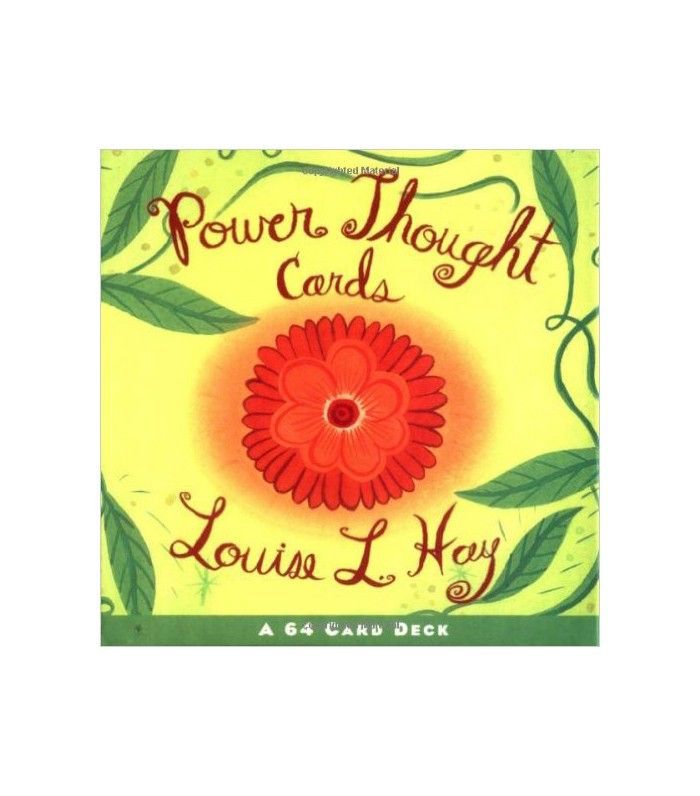 We all know and love Reese Witherspoon as a wildly successful award-winning actress, but she’s also an incredibly astute businesswoman, having launched her own production company, Type A Films, and popular home and clothing line, Draper James. It’s clear the busy mother of three likes to live by her father’s motto: “‘You gotta make hay while the sun shines.’ My dad said that a lot,” she told Working Mother. But good work ethic aside, Witherspoon is also a pro at positive self-talk too, ditching the worry for good enough. “All those things that you’re worried about aren’t important,” she told The New York Times. “You’re going to be okay. Better than okay. You’re going to be great. Spend less time tearing yourself apart, worrying if you’re good enough. You are good enough. And you’re going to meet amazing people in your life who will help you and love you.” 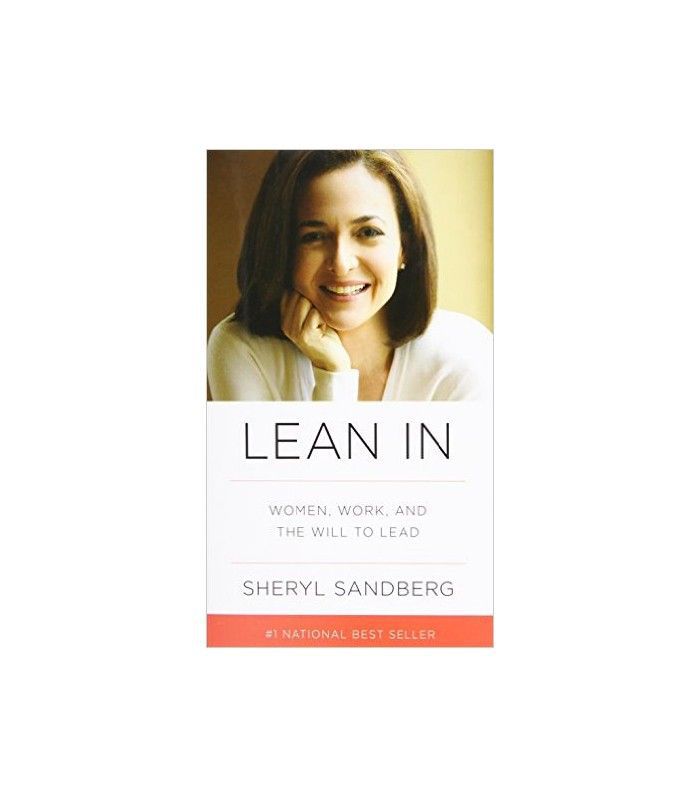 Troian Bellisario is no stranger to the limelight. The daughter of two producers, Donald P. Bellisario and Deborah Pratt, first appeared on screen at the tender age of 3, but it was her role as Spencer in popular TV series Pretty Little Liars that made her a household name. In a recent interview with The S Life Mag, she spoke with Sakara co-founder Danielle on ditching the negative speak. “It’s the comfort in the uncomfortable,” she said. “We love our own dramas. We love all of the negative things because we’re used to it. It’s addictive. It’s scary to suddenly stand up and say, I would like to change this situation, possibly for the better.” She adds, “I was sort of taught that if you want something, you go out and get it. You don’t wait for it to come to you, because it might not.”

I was sort of taught that if you want something, you go out and get it. You don’t wait for it to come to you, because it might not. 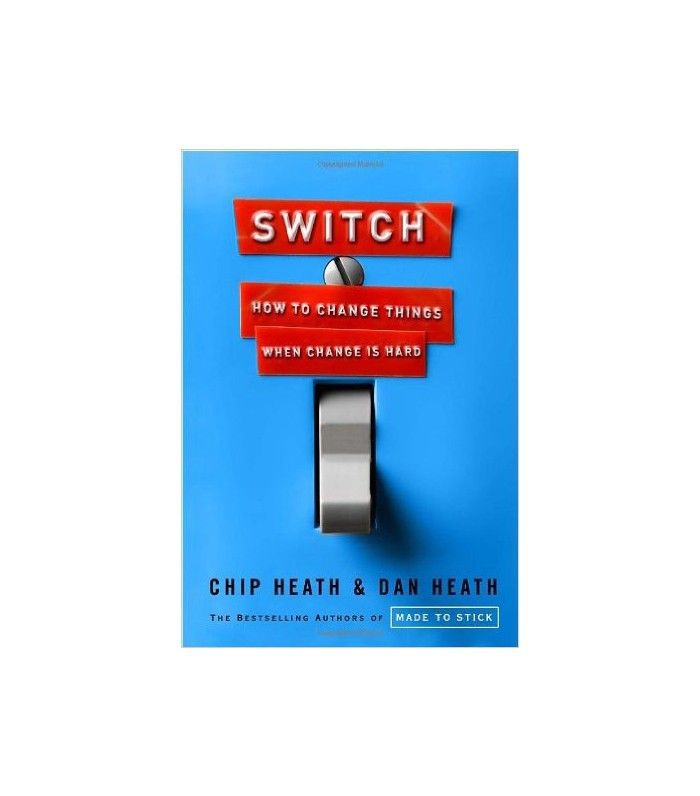 Former PepsiCo Chairperson and Chief Executive Indra Nooyi is a formidable force in the industry. Thanks to her insight, the world’s second-largest food and beverage business was winning the soda wars in the market, and she sat at number 15 on Forbes World’s 100 Most Powerful Women list. So what compels her to succeed? In an interview with Fast Company, the mother of two said it all comes down to passion: What you do has “gotta be your calling.” She adds, “You’ve just gotta love what you’re doing, and you’ve gotta believe in what you’re doing, and you’ve gotta say to yourself, when I feel like I’ve done enough with this company, I want to leave feeling great about my contributions and the legacy I’m leaving behind.” 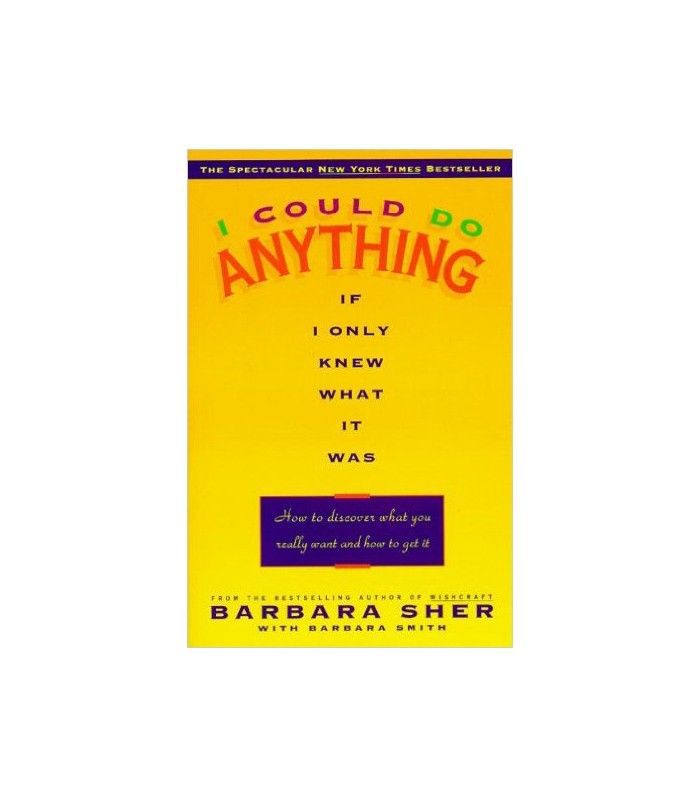 Kate Winslet has always been open about her personal battles with body image. Her refreshing honesty has united women around the world, proving that despite fame, fortune, and an Oscar-winning career, she, like the rest of us, struggles with insecurities. Winslet told Huffington Post that not having a “positive reinforcement about body image from any female in my life” growing up meant she was “programmed as a young woman to immediately scrutinize yourself and how you look.” But thankfully, this “damaging” cycle ends with Winslet’s daughter, Mia, and an inspiring mantra they say together. “I stand in front of the mirror and say to Mia, ‘We are so lucky we have a shape. We’re so lucky we’re curvy. We’re so lucky that we’ve got good bums.’ And she’ll say, ‘Mummy, I know, thank God.’ It’s paying off.” 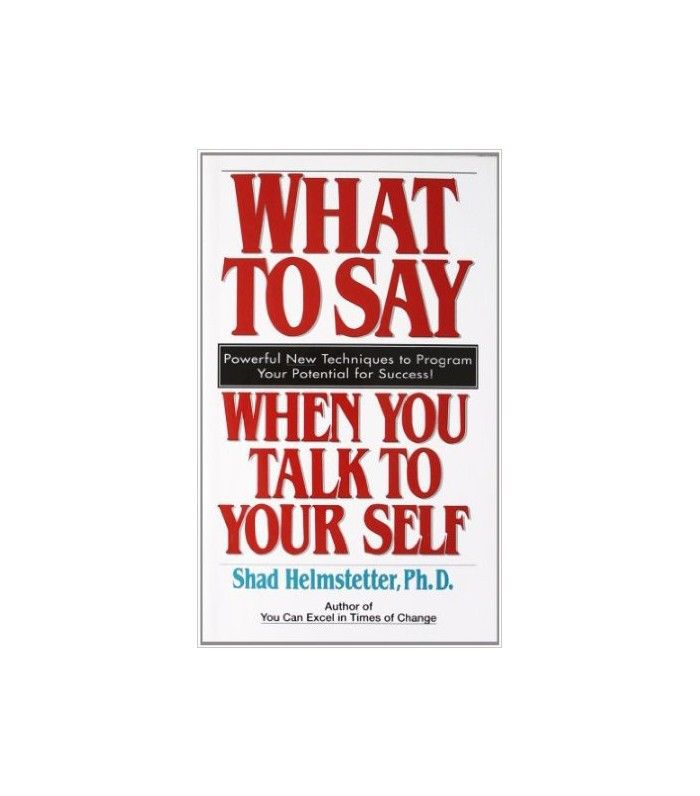 The more ideas you kill with no, the fewer you will receive.

If you needed proof of Lisa Gersh’s powerhouse reputation, just take a quick glance at her LinkedIn profile. The successful lawyer was co-founder, president, and COO of Oxygen, later selling the network to NBC for a whopping $925 million in 2007 before stepping into the president of strategic initiatives shoes at NBCUniversal. One year later, she took the CEO position at Martha Stewart Living before Gwyneth Paltrow noticed her talent and hired her as the Goop CEO in 2014. Her phenomenal success can be attributed to one word: yes. In an interview with MyDomaine, Gersh said it was her former partner at Oxygen (and best friend and lifelong mentor), Gerry Laybourne, who advised her to “learn how to say yes.” She explained, “Learn how to say yes to an idea and make it work. It does not mean that you will agree with every idea and implement them, but you will always work through the idea, and by saying yes, your team will come to you with their best thinking. The more ideas you kill with no, the fewer you will receive.” 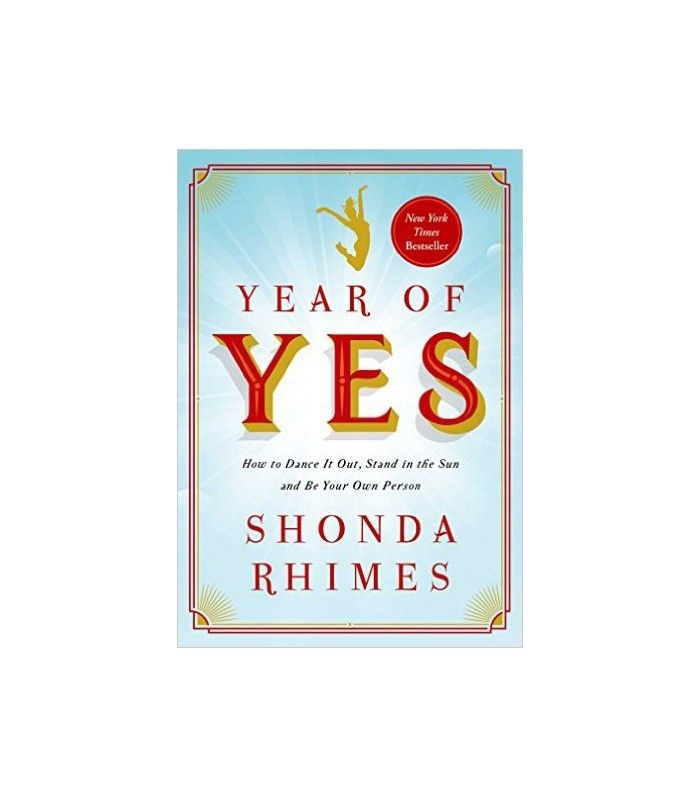 With a clientele list that reads more like a Hollywood film script than a skincare roster (Ruby Rose, Lily James, Vanessa Hudgens, Rebel Wilson, Anna Kendrick, and Bella Thorne, to name a few), it’s safe to say Kate Sommerville has broken the glass ceiling. But despite a hugely successful Skin Health Experts clinic on Melrose Place, an eponymous global skincare line, and a best-selling book, Complexion Perfection, Sommerville’s humble personality is still firmly intact. Growing up with an alcoholic mother, Sommerville revealed to MyDomaine that she found a lifelong mentor in her then-boyfriend's mother, who gave her some tough love that still rings true today. “You have a choice of what you want your life to be,” she said. “You can either dwell on your childhood and the past, or you can make your life what you want it to be.” It’s clear which path Somerville chose. 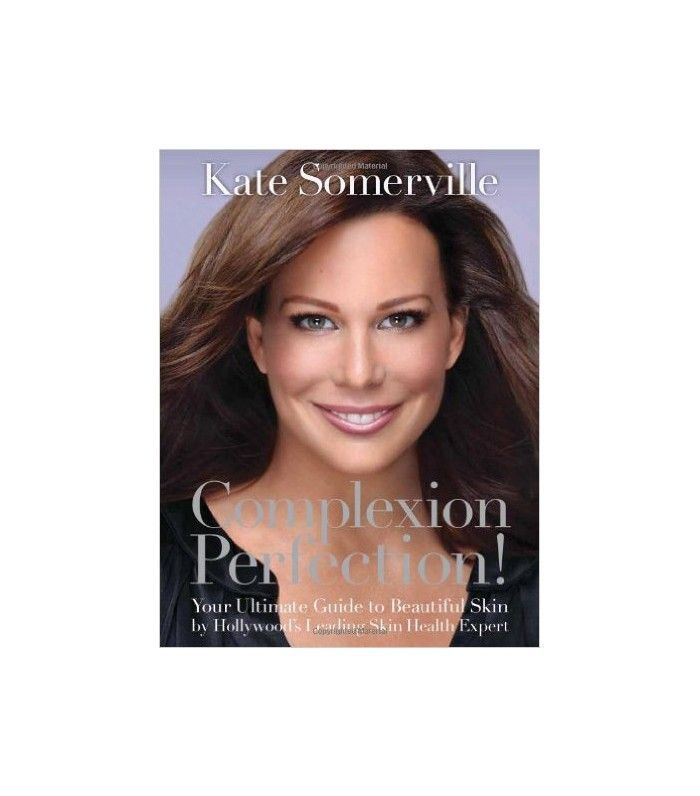 Starting out as a writing apprentice on hit ’80s TV series The Cosby Show, Susan Fales-Hill was the only female in the room. “It was really sit down and shut up,” she told Vulture. “They were pretty sexist and they would talk about professional women as being hard bitches. And what I learned was, does it really matter that they’re saying that? No. Lose the battle and win the war.” And win she did, by making this her fuel, not her failure. Fales-Hill went on to become a hugely successful television writer, producer, and author of the moving memoir Always Wear Joy. Her career mantra says it all, really: “The best advice I’ve ever received: ‘If you’re too comfortable, it’s time to move on. Terrified of what’s next? You’re on the right track.’” 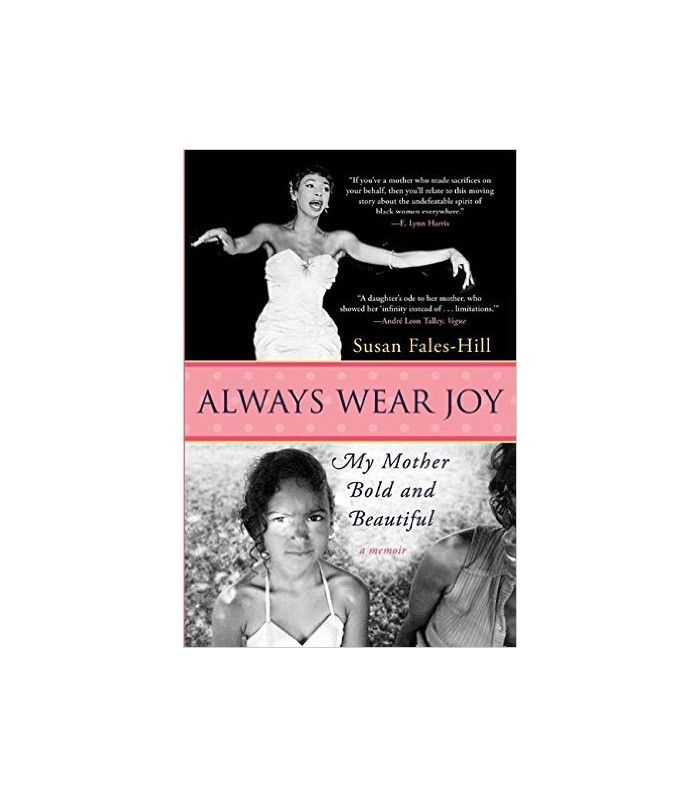 This post was originally published on February 20, 2017, and has since been updated.