This Is What Happened When a Food Editor Stopped Counting Calories

If you've ever indulged on a treat that felt so good in the moment but riddled you with guilt, raise your hand. Don't worry, you're not alone. We've all been there. But food editor (formerly at MindBodyGreen) and author of The New Nourishing cookbook, Leah Vanderveldt wants us to ban any feeling of remorse around food and swap calorie-counting for nutrient-tallying instead. When dieting made her "stress out about food," she knew it was time to switch her mindset.

"I knew, in theory, it was a huge waste of my time and energy (feeling guilty about food), but I finally reached a point where I was sick of feeling crappy about having a couple slices of pizza and some ice cream on a Friday," she told MyDomaine. "I decided to say fuck it. I'm not going to keep bringing myself down with arbitrary rules. Everything is allowed, and I'm going to start tuning into what I really want." (We couldn't agree more with the sentiment behind that statement.)

Since then, Vanderveldt has adopted an intuitive eating food philosophy, which "honors our individual needs." She adds: "Once I relinquished my death grip on control around food, I realized that my body had the wisdom to tell me when I was hungry, feeling rundown, or anxious. I now try to assess my current state and work with it, not against it." This meant incorporating more plant-based meals and easing up on the pressure to eat "clean"—another word she's banned. ("It assumes that food has a moral code with some being good and some bad, and at the end of the day food is food.")

Now she doesn't "feel like a failure" every time she eats something outside of what's considered healthy. "I enjoy my life way more when I feel like I can treat myself regularly without trying to 'make up' for it later," she says. "Our bodies are smarter than we realize, and they know how to balance us out when we treat them kindly." Ahead Vanderveldt explains why calorie-counting is unhealthy and the reason we all need to ban the word "guilt-free." Keep scrolling for four exclusive plant-based recipes from her new book.

Why Do We Need to Stop Counting Calories?

"I don't think it's just about calories. It's about nutrients and finding a balance in your own individual body that works for you. Something like an avocado is pretty calorie dense, but when compared with the same amount of calories worth of french fries, the avocado will provide things that your body needs to function well (like fiber, vitamin E, and healthy fats that help you absorb other nutrients).

"From a mental standpoint, as someone who used to count calories, I think it's detrimental to our relationship with our bodies and the food we eat. Rather than thinking about what I wanted to eat and what I thought my body needed at any given moment, I was driving myself crazy doing the math, not eating when I was hungry and negotiating with myself—that's no way to live.

"I think having a bit of knowledge about the nutritional profile of foods is great, but in my personal experience, counting calories can keep us stuck in a diet mentality that leaves us feeling deprived and anxious about the food we're eating. Think about how bad stress is for our entire system. If we're stressing out about every morsel and the number ascribed to it (whether you're eating a bowl of kale or a bowl of Coco Pops) it isn't going to do us much good."

Why should we ban the word "guilt-free" around food?

"I hate the idea that anyone should feel shame after eating. It makes me so sad when I hear the brilliant, hilarious, beautiful women I'm friends with talk about how they'll have to spend hours at the gym tomorrow or only eat salads for the rest of the week after a pizza date. I would love to get to a place where we can eat a range of foods—vegetables, whole grains, pizza, pasta, ice cream—and feel happy about all those choices as part of the daily and weekly ebb and flow of life.

"It harkens back to a diet mentality. If you're constantly berating yourself for being hungry and what you've eaten or want to eat, you won't be able to get to a place where you respect and listen to your body. I know 'listening to your body' is pretty vague, especially since we hear so many outside influences about nutrition and what we should be eating, and it can cloud our thoughts. To me, it's about recognizing your hunger, thinking about what you need and want, and finding something that gets you excited.

"It starts by recognizing how you feel after you eat certain things—did you feel sluggish two hours later? Still hungry? Bloated, satisfied, or energized? Take note of these reactions for long enough, and you'll start to recognize patterns. This knowledge helps you tune into your individual body and allows you to find things that make your body sing. And remember everyone is different."

Start your positive health journey by making one of Vanderveldt's delicious plant-based recipes this week.

"Za'atar is a spice blend featuring sumac, a herb with bright, lemon-like qualities. If you find yourself reaching for the same spices every time you cook, give this new blend a try. The za'atar recipe below makes more than you need for this recipe, so you'll have a chance to try it a few other ways. Use as a sprinkle to liven up roasted vegetables, dressings, and dips."

Ingredients for the za'atar:

Ingredients for the bowls:

Ingredients for the honey balsamic dressing:

Preheat the oven to 425°F. Combine the za'atar ingredients in a small jar with a lid, and shake together.

In a large bowl, toss the pumpkin, cauliflower, and chickpeas with the oil until well coated. Add the za'atar and toss again to coat in the spices.

Spread out on two baking trays, and roast in the preheated oven for 30 to 35 minutes until golden (rotating the tray at the 15-minute mark).

While the vegetables are cooking, combine the dressing ingredients with 1 tablespoon of water in a jar with a lid, and shake until everything is well combined. Adjust the seasoning to taste.

When the vegetables are cooked, toss the arugula and radicchio with two spoonfuls of dressing (a little goes a long way), and divide between bowls.

"This recipe is intended to be flexible so if you're dairy-free or vegan, omit the suggested cheese altogether. If you're eating with an omnivore, you can add the Parmesan and/or burrata to their bowl of pasta just before serving. The roasted garlicky tomatoes are also great on toast or as an extra topping for any of the bowls."

2 cups cherry or grape tomatoes, sliced in half
6 to 8 garlic cloves, peeled and crushed with the side of a wide knife
2 tbsp. olive oil
Salt, to taste

6 oz. brown rice or whole-wheat pasta (I like to use spaghetti for this)
1 cup roasted tomatoes (from recipe above)
1 to 2 tbsp. olive oil
Salt and freshly ground black pepper, to taste

Preheat the oven to 400°F. Scatter the tomatoes and garlic out on the prepared baking tray.

Drizzle with the olive oil, season with salt, and toss to combine. Roast in the preheated oven for 20 to 25 minutes until the tomatoes have collapsed.

Toward the end of the tomato cooking time, put a large pan of water on to boil for the pasta. Once boiling, season the water with a generous amount of salt (about 1 tablespoon). Add the pasta, and cook for one minute less than the package instructions. Drain, and reserve some of the pasta cooking liquid.

"I'm a big believer in the power of pizza. It's the ultimate laid-back sharing food that brings people together. You will need to make the dough for this one a day in advance, but the upside is that it doesn't require any kneading."

Ingredients for the pizza dough:

Ingredients for the pesto squash topping:

Make the dough a day in advance. Use a fork to mix together the flour, yeast, and salt in a large mixing bowl.

Slowly add 1 1/2 cups of water, and mix together with your hands until just combined into a ball. Cover the bowl with a clean kitchen cloth, and rest the dough in a warm room for at least 18 and up to 24 hours until doubled in size.

For the pizza topping, preheat the oven to 400°F. Arrange the squash and onion on the first prepared baking tray, and season with salt. Drizzle a square of foil with a little oil, and use this to wrap the head of garlic into a parcel.

Put the parcel on the tray with the squash, and roast in the preheated oven for 25 minutes until tender. When cool, remove the soft garlic pulp from its skin, and set aside.

Punch the pizza dough down a little to deflate it. Dust a clean work surface with flour, tip out the dough, and cut in half. Slowly stretch one of the balls of dough into a rectangle with your hands, and put it on the second prepared baking tray.

Continue to stretch the dough until it almost fits the size of the baking tray. Patch any major holes in the dough, but don't worry about making it perfect; it should be fairly thin.

Preheat the oven to its highest setting, and position the oven rack in the middle.

Mix the pesto with the 2 tablespoons oil, and spread half across the dough. Put the pizza in the oven, and then lower the heat to 450°F.

Bake for 12 to 15 minutes until starting to turn golden at the edges. Remove from the oven.

"Stuffed peppers make a great meal with a nice salad or roasted veggies on the side. These can also be served as a side or appetizer for a taco feast."

Combine the rice with 1 3/4 cups water and the tomatoes in a medium saucepan. Season with salt, and bring to a boil.

Add the coriander/cilantro stems, reduce to a simmer, and cover with a lid. Simmer for about 40 minutes until the rice is tender and the liquid has been absorbed.

Remove from heat, and let stand covered for five minutes. Meanwhile, caramelize the onion by heating 1 tablespoon of oil in a large frying pan/skillet over a medium heat. Add the onion, reduce the heat to medium-low, and cook, stirring occasionally, for 20 to 25 minutes.

Add a little water if the mixture gets dry. Stir the caramelized onions into the cooked rice, and set aside.

Preheat the grill/broiler. Brush the poblanos with oil, and place on a baking tray. Place under the hot grill/broiler for three minutes, flip, and grill again for another three to four minutes, until charred in places. (Cooking times can vary, so check them often.) Allow the peppers to cool before handling.

Preheat the oven to 375°F. Cut the peppers open lengthwise, and remove the inner white ribs and seeds. Spread out on a baking tray, and spoon a portion of onion rice inside each one. Roast in the preheated oven for about 20 minutes.

Serve as they are, garnished with the coriander/cilantro leaves and extra toppings of your choice. 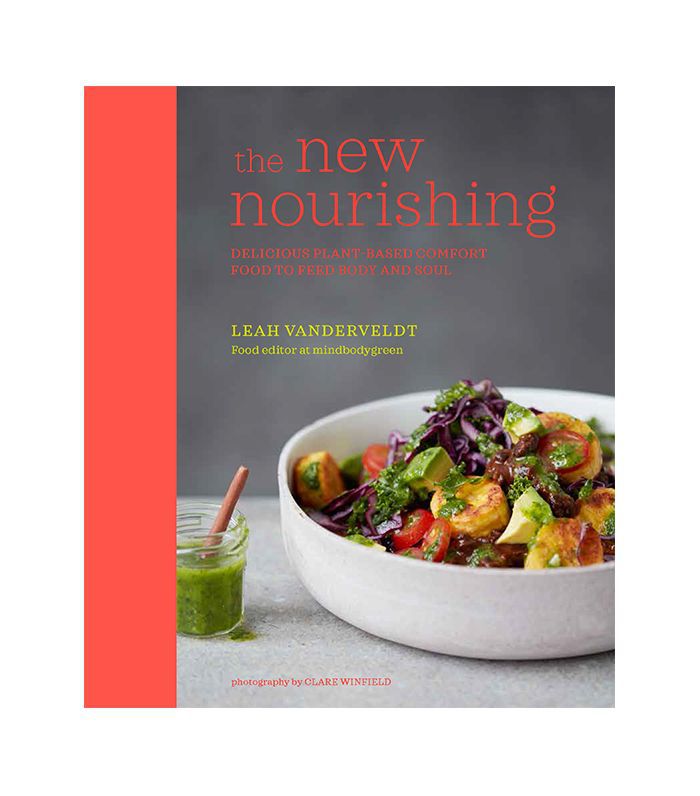