As our plane makes its descent, I find myself pressing my nose against the already smudged acrylic window in a desperate attempt to get a better view of the otherworldly landscape unfurling beneath me. Before the plane's wheels touch down on the tarmac, I'm able to strain my neck just enough to take in an impossibly red terrain that could easily be mistaken for the surface of another planet. Even though my seatbelt is still fastened and I have yet to actually set foot in New Mexico, it's already undeniable that the Land of Enchantment lives up to its name.

While tourists have been frequenting Southwest destinations such as Sedona in recent years, Santa Fe is a city that has remained relatively (and delightfully) under the radar. Known for its adobe architecture and unique artistic aesthetic, the historic capital city (the oldest in the United States) boasts stunning art galleries, award-winning restaurants, and even world-class skiing. Nicknamed "The City Different," Santa Fe boasts itinerary options as exhaustive as they are enchanting, including stepping inside the oldest church in the continental United States, wandering through one of the only museums in the world dedicated to a woman artist, and hitting the slopes in the breathtakingly beautiful Sangre de Cristo Mountains.

Ahead are 16 local-approved things to do in Santa Fe that prove this Southwest city has been missing from your bucket list for too long.

When I pictured Santa Fe, I envisioned a sprawling desert landscape dotted with cacti, but the arid capital is actually situated in the foothills of the Sangre de Cristo Mountains at an altitude of nearly 7200 feet. In the mountains, the terrain is surprisingly green, dominated by aspens and evergreens. Though the air is thin, you'd be remiss if you didn't get outdoors while visiting this Southwest city. Here are some of the best ways to enjoy the fresh air:

Ski Santa Fe: Located just a short 30-minute drive from the city, Ski Santa Fe has all the amenities of a Vail ski resort, including that famous dry, powdery snow, minus the crowds (pictured below). Pro tip: Book a massage at the nearby Ten Thousand Waves, a Japanese-inspired spa, after a long day of hitting the slopes.

Aspen Vista Trail: Situated at the base of the road to Ski Santa Fe, the Aspen Vista Trail is conveniently located minutes away from the city's central plaza. The leisurely hike is a local favorite, offering sweeping views of the Sangre de Cristo Mountains.

Kasha-Katuwe Tent Rocks National Monument: If you're up for a drive, this national monument is well worth the trek. A three-mile-long trail takes you through tent-shaped geological marvels created over six billion years ago.

Taking In the Culture

From indigenous peoples to Spanish conquerors and modern-day city dwellers, Santa Fe boasts a multifaceted culture that is proudly on display in over 20 museums, nearly 300 art galleries, and numerous architectural landmarks throughout the city. Aside from the must-visit museums located on Museum Hill, here are a few off-the-beaten-path landmarks that aren't to be missed:

Loretto Chapel: This spiral staircase located inside this humble chapel draws travelers from all over the world. Built by a mysterious woodworker, the construction remains a marvel of engineering to this day.

The "Oldest" House: Step inside the oldest house in the continental United States. The adobe-style home is located in the historic Barrio de Analco district, right around the corner from San Miguel Mission.

Georgia O'Keeffe Museum: The famed artist resided in New Mexico from 1949 until passing away in 1986, and this beautifully curated museum is dedicated to showcasing her brilliant work, including many of her signature floral paintings.

Meow Wolf: Known for its contemporary, interactive installations, this Santa Fe–based artist collective comprises over 200 forward-thinking artists and is supported, in part, by George R.R. Martin (as in the author of the Game of Thrones series).

Spanning fine dining experiences and casual neighborhood haunts perfect for grabbing a quick bite, Santa Fe's restaurant scene has something for everyone.

Don't skip the blue corn tortilla enchiladas at Tomatita's or the award-winning barbecue at Cowgirl.

Below are the Santa Fe eateries and watering holes to add to your itinerary stat:

Tomasita's: This local haunt serves up typical Northern New Mexican cuisine. Most of its dishes feature either hatch green chiles or red chiles, and they are hot with a capital H. You can't go wrong ordering the flat enchiladas, made with layers of blue corn tortillas and, of course, your choice of green or red chiles.

Cowgirl BBQ: Located in the historic Guadalupe district of Santa Fe, this local hot spot is known for its barbecue (obviously). Be sure to order a local craft brew from La Cumbre along with your meal for the full Cowgirl BBQ experience.

The Compound: Renowned chef Mark Kiffin's menu showcases the flavors of the Southwest brought to the region by the Spaniards. As if the food weren't special enough, the restaurant is housed in an elegant adobe building designed by famed architect Alexander Girard (pictured below).

Gruet Winery Santa Fe Tasting Room: This New Mexico winery, specializing in sparkling wines, was founded by a brother-and-sister duo hailing from Bethon, France. Though the vineyard is located in Engle, near the town of Truth or Consequences, the tasting room in the historic Hotel St. Francis is only steps away from Santa Fe's city center.

Whether you're looking to stay centrally located to the hustle and bustle of the plaza or closer to the tranquil foothills of the majestic Sangre de Cristo Mountains, these are hands down the best hotels to check into while you're exploring Santa Fe:

La Fonda on the Plaza: Situated on the plaza, this charming hotel is ideal if you want to be centrally located in the city (pictured below). In the winter, book a room with an adobe fireplace to up the cozy factor.

The Inn of the Five Graces: Each room of the impeccably decorated hotel is decked out in bright, intricate tiles and items from the owners' travels to Eastern Europe, the Middle East, and Asia.

La Posada de Santa Fe: The hotel, which was originally built as a private mansion in the French Second Empire style by the Staab family, is a Santa Fe staple.

Rancho Encantado: This Four Seasons resort is located in the foothills of the Sangre de Cristo Mountains, away from the crowds of Santa Fe's city center. 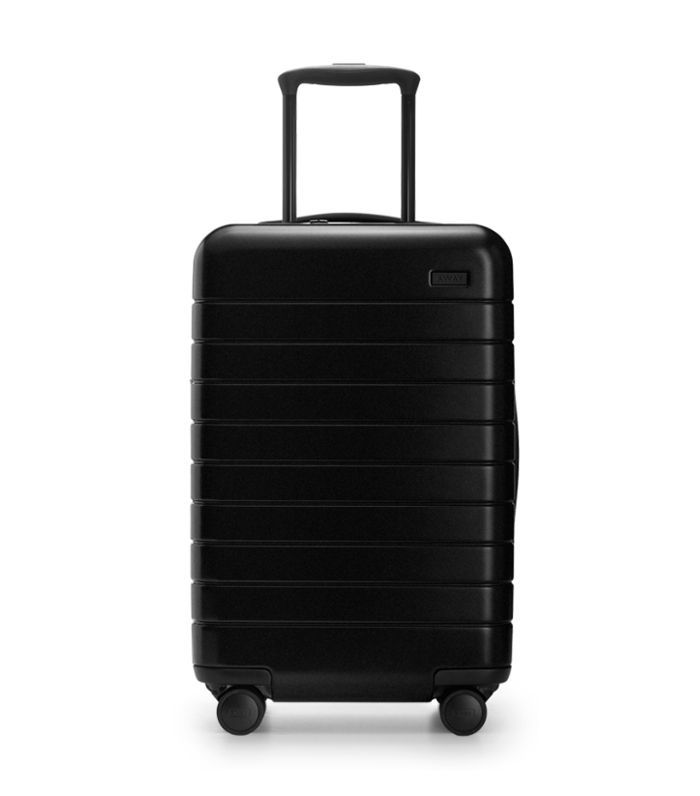 Looking to add another Southwest destination to your travel bucket list? We have 16 local-approved things to do in Denver that won't disappoint.

Ed. note: This press trip was paid for by Ski Santa Fe and Tourism Santa Fe. Editor's opinions are their own.