Vancouver Is Ideal for a Long Weekend—Here's You're Itinerary

Kelly Dawson
Kelly Dawson is a writer and editor who focuses on architecture, interior design, and culture. She has been writing for MyDomaine since 2017.
MyDomaine's Editorial Guidelines
Kelly Dawson

"Breathe in deep!" my brother Kevin yelled as I stared into the open water beyond the tip of our boat. We were floating just beyond West Vancouver, around the cluster of islands that scatter like pebbles from the Burrard Inlet. He smiled as I turned to him and inhaled, taking in the cool air in one energizing gulp.

It was a perfect morning. The sky was a grayish blue, in contrast to the rolling navy sea, and we skipped along wind-blasted crests to see a crisp view of evergreens hugging the cliffs above the water. Our cousin, Nick, was with us too, grinning as we moved our necks back and forth constantly, trying our best to take it all in. "The air is so fresh. I feel like my brain is operating at a different level," my brother joked. "I could write a thesis out here."

Vancouver, the capital of British Columbia, is famous for its natural beauty. As part of the Pacific Northwest, and because of its setting on the Burrard Peninsula, this Canadian city is often seen as an increasingly ritzy shelter to its otherwise pristine outdoors. When Kevin, Nick, and I crossed the emerald-hued Lions Gate Bridge earlier that morning, we saw the uniform sheen of the city's skyscrapers give way to the thousand verdant acres of Stanley Park. Hiking, biking, and camping are popular pursuits because of these surroundings—it isn't uncommon, Nick, a Vancouver resident himself, told us, for Friday night bars to be sparse in preparation for Saturday morning adventures.

Our two-hour tour with Sewells Marina was a chance to see this landscape for ourselves. We felt far removed from downtown Vancouver's busy streets as we spotted seals near Bowen Island and changing leaves alongside Anvil Island. The salt in the water stuck to our hands and hair as the wind picked up waves that splashed us on occasion. We laughed and held on to our seats as the captain picked up speed, and we awed at the distant sight of a snow-tipped mountain made golden by the sun.

Within the hour after our boat docked, we were back among the crowds, a bit dazed by the swift change. But that quick shift, that playful give-and-take between natural simplicity and urban wonder, is what gives Vancouver its personality. By experiencing the most of this contrast, I got to know this city as a place of alluring layers. Vancouver is casual and glamorous, gritty and calm. It's a hub of up-and-coming artists as much as it's a haven for established millionaires. And when a break is needed from those complexities, the best of nature is nearby to encourage a deep breath of fresh air.

If Vancouver is a casual yet glamorous city, then such a trait is exemplified in the Burrard Hotel. Set in downtown Vancouver on its namesake's thoroughfare, the Burrard was once a motor lodge when it was first built in 1956. But after an extensive renovation seven years ago, the hotel has re-established itself as one of the most stylish boutique options in the city. My brother and I booked our room using Hotel Tonight, and it worked out perfectly—aside from its coveted look, The Burrard just so happens to be in a conveniently central location, too.

The renovation embraced the property's midcentury roots, but made the details much more colorful. A variegated bubble chandelier in the lobby matched the bright yellow and teal paint on the hotel's 72 room doors, and rainbow throws on the soft white beds complemented equally bright throw pillows inside. Kevin and I, coming from Los Angeles, were surprised to see palm trees in the Burrard's private courtyard, which also includes a ping pong table, lounge chairs, and shade umbrellas.

In keeping with the fun-loving personality of the hotel, the Burrard does offer complimentary bicycles to those who want to get around on two wheels. We used public transportation, walked, or hailed cabs (Vancouver doesn't have ride-sharing services), and made the most of the hotel's proximity to most of the city's main attractions without needing the cruisers. But on a rainy day, we gladly picked up one of the hotel's complimentary umbrellas.

The Burrard Hotel shares its ground floor with a small cafe, the Elysian, which serves up strong espressos and fresh pastries in an equally charming midcentury-modern locale. Kevin and I passed through here most mornings on our way out, and we also enjoyed how easy it was to have a full restaurant, the Burgoo, next door, too. Every night offers a different happy hour cocktail, which basically insists on a tasting.

Since our cousin Nick lives in Vancouver, and we have other relatives in the city, our visit was as much a chance to reconnect with relatives as it was to get to know these surroundings. Here are the other places we went to during our trip, plus a few other suggestions from those familial locals:

The Flying Pig: Make a dinner reservation at the Gastown location, and see about sitting by the window on the second floor. The bone marrow cheesy bread is worth a try.

Banter Room: This upscale restaurant and bar in Yaletown has an enclosed patio and a champagne vending machine.

The Lamplighter Public House: A casual bar with plenty of beers on tap—plus a line of vintage video games to choose from.

The Shebeen: Come early or make a reservation to this beloved underground watering hole in the Gastown district.

Shiro: This sushi restaurant in Mount Pleasant may be a bit of a hike from downtown, but its fresh menu is worth it. Come for a long lunch.

Long before Kevin and I took a weekend trip to Vancouver, and before our cousin Nick moved to the city, our other cousin Kat sent me an email asking for help. She is a documentary filmmaker, and she had a story pitch that she wanted me to edit.

Kat is a diehard Vancouver Grizzlies fan, a fact I knew from our childhoods, and she wanted to make a film about the Grizzlies' star player, Bryant "Big Country" Reeves. He unceremoniously retired from basketball after this disastrous franchise left the city following just six seasons, and retreated from the public somewhere in the rural South. Kat wanted to include how much this player meant to her as a kid, and how her own story of stepping away from the game impacted her life. Oh, and she also wanted to find Reeves, too. I read her pitch, pushed a few commas around, and sent it back. Afterward, I pretty much forgot about it.

Two years passed, and that idea became Finding Big Country, a documentary that Kat wrote and directed. The film was honored with a screening at the Vancouver Film Festival, the city's two-week showcase of creativity, and my brother and I based our trip on seeing the premiere in person. We filled a sold-out theater alongside 600 other people—some of whom were also big Grizzlies fans—and watched as Kat's childhood dream became a reality. It was nothing short of magical. She received a standing ovation when the credits rolled, and the film won the Super Channel People's Choice Award when the festival was finished.

While it's worth it to plan a trip to Vancouver at this time just to feel the excitement surrounding these films, there's plenty to do beyond the festival's screenings.

Here's what else we packed into our weekend:

Sewells Marina: We booked the exhilarating Sea Safari tour, which takes place on a 30-foot boat over the course of two hours. The boat floats softly past seals on Pam Rocks but picks up speed as it moves through the open water. The captain provides a history tour during the quieter moments, too.

Stanley Park: This sprawling public park borders downtown and includes plenty of trails across its 1000 acres. Take in the views of the city from the Seawall, or get lost amongst the towering trees. There is also an aquarium, if you'd like to visit.

SmartyPantz Escape Rooms: Test your problem-solving skills, and try not to get freaked out, when you and a group book the popular "Thirst for Murder" escape room. You get 45 minutes to solve puzzles to find the keys that free your team, and all will go well if you work together. And since the building is located in Gastown, it's easy to grab dinner before or after the escape.

Nick, Kevin, and I walked the rain-slicked streets of Gastown and heard a musician play for passersby on our last night in the city. We had just witnessed Kat's success and watched as crowds cheered her on to the stage. We said to one another that we would've loved the movie even if we didn't know her—and it would've been true. We also talked about that boat on the water, a world away from Vancouver yet still within its backyard. Maybe that's what makes this city special: It has that buzz and charm, that cosmopolitan quality of a global center, but Vancouver is also tied to the rugged nature just beyond its glittering streets, where a breath of fresh mountain air can clear the mind and steady the moment. 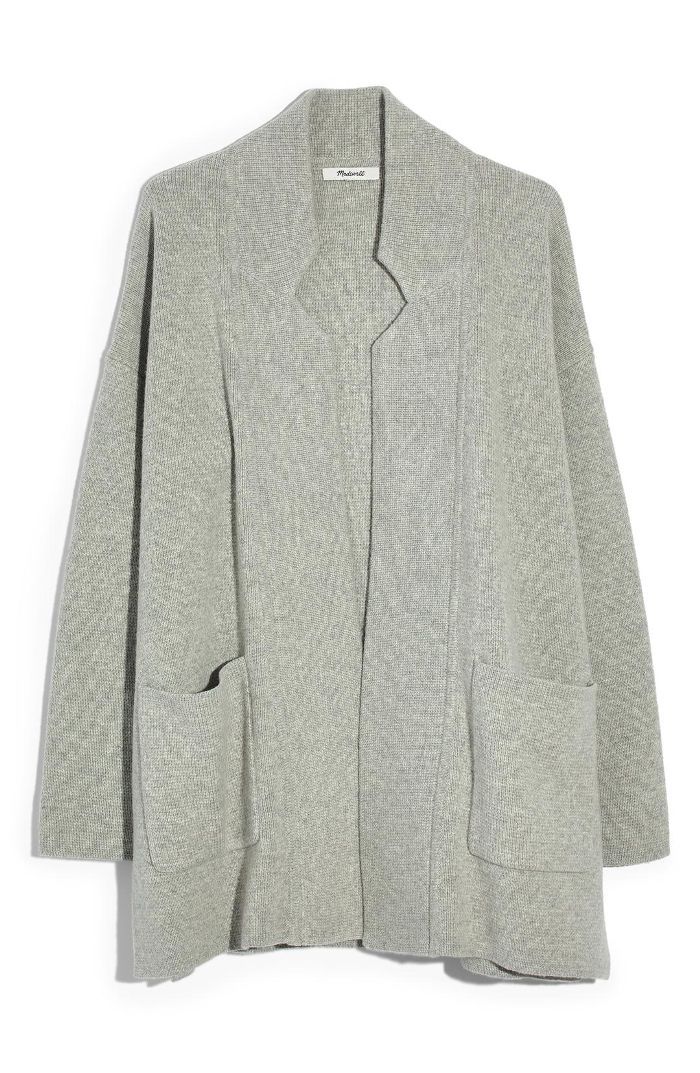 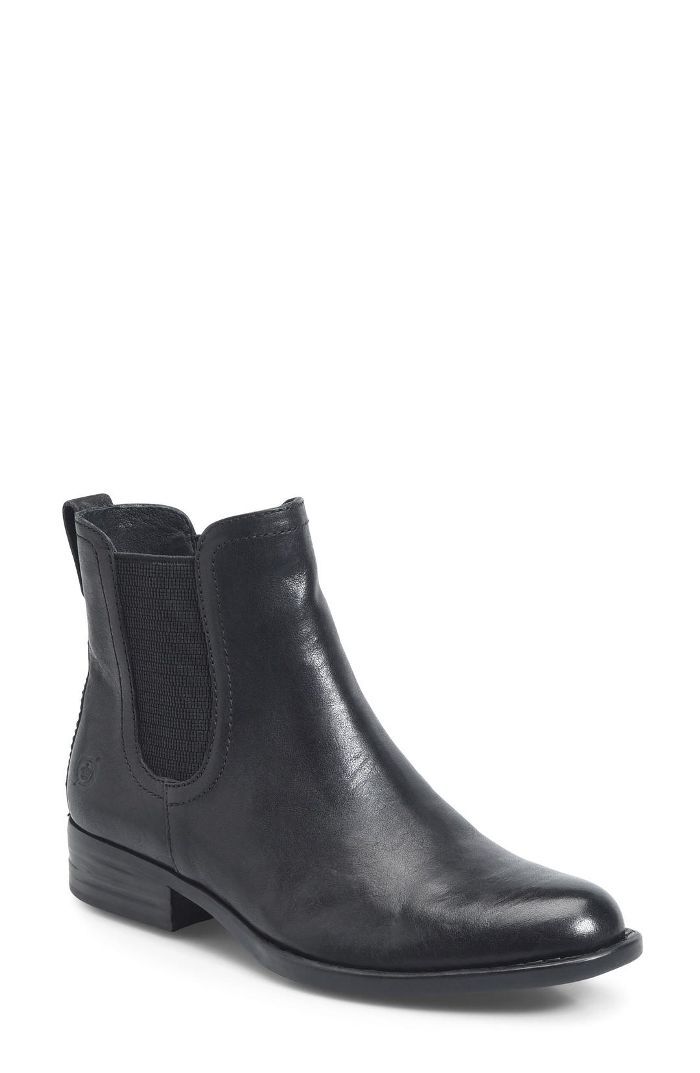 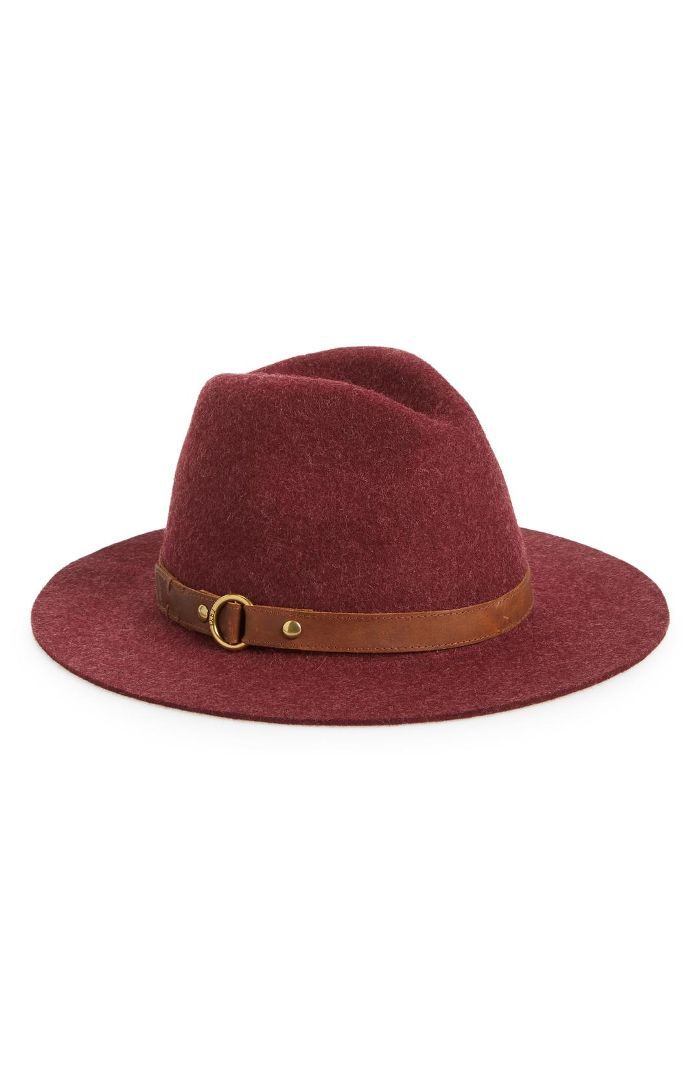 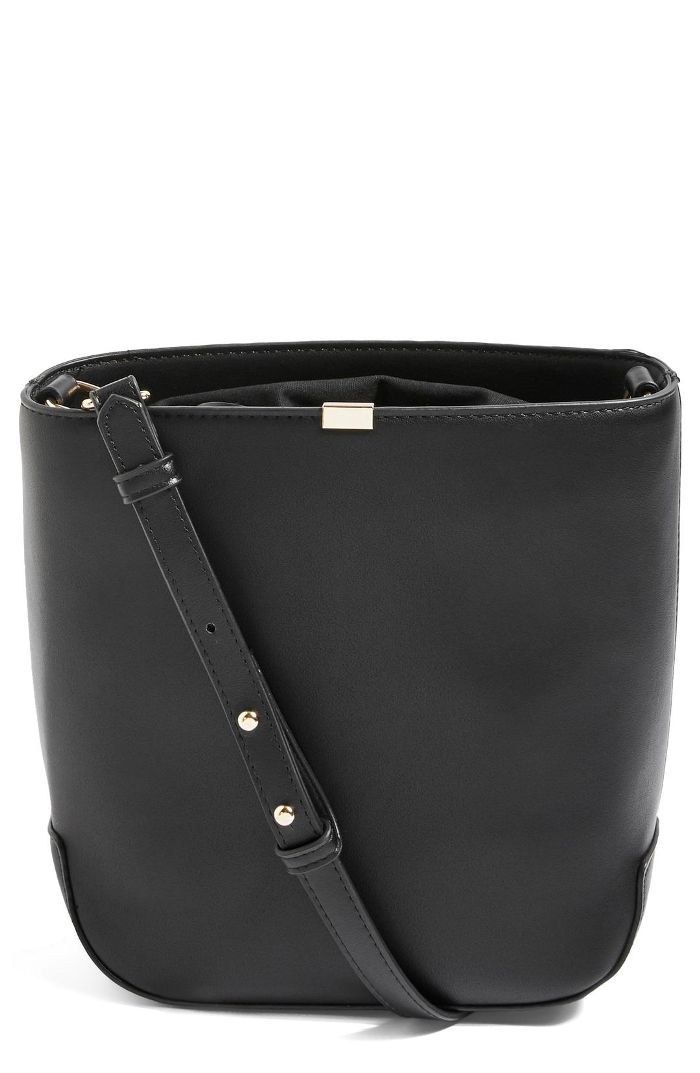 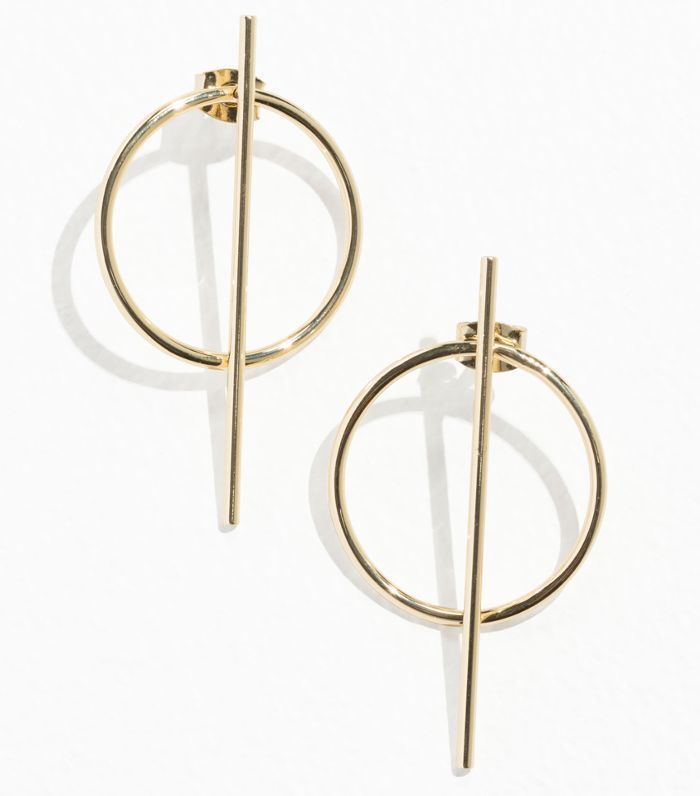 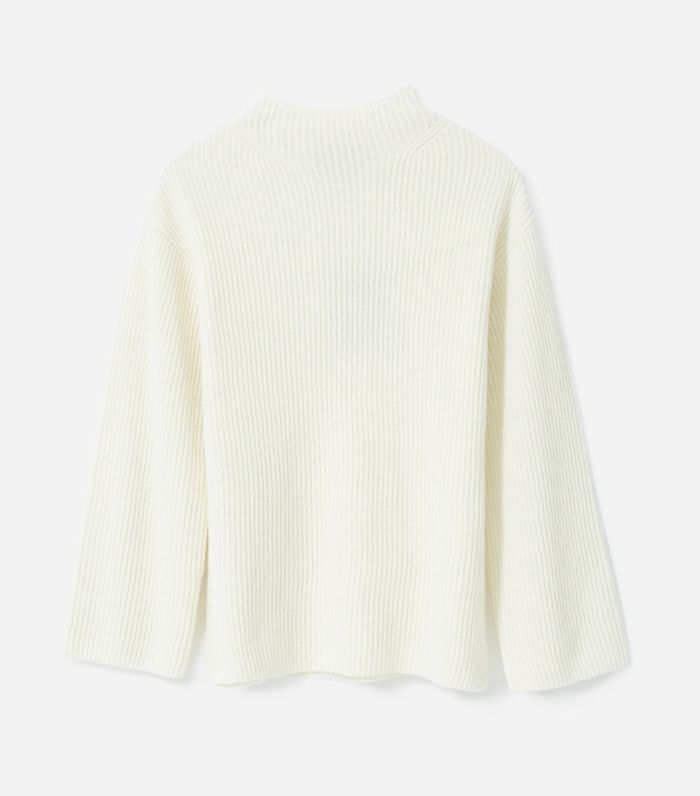 Up next: Ahead of a Life-Changing Event, My Sister and I Found Comfort in Carmel