Inside the Epic Makeover of Tish and Billy Ray Cyrus' L.A. Home

When I was first invited to meet Tish and Billy Ray Cyrus for a walk-through of their L.A. home I wasn't sure what to expect. First of all, I was starstruck at the thought of meeting rock 'n' roll royalty (they've been together for 25 years), and second, I was excited to hear that Tish (who co-manages her two daughters Miley and Noah—I'm sure you've heard of them) was about to venture into interior design and wanted to chat through some of her ideas with me. What a huge honor.

Tish graciously showed me through every room in the 4000-square-foot Spanish hacienda-style house—which was a rock 'n' roll glam, traditional fusion with a Moroccan vibe thrown in—and outlined all of the changes she was going to make. Originally built in the 1930s, the house had good bones and architectural detailing that Tish wanted to keep intact, but she agreed that the styling was in desperate need of a makeover. After sharing her ideas with me and going over the plans, I left the Southern California home and Tish got to work.

And she didn't waste time. In a few short months, Tish completely redesigned the four-bedroom four-bathroom home including an extensive renovation of the kitchen—it went from dark and moody to white and bright. Today, I'm thrilled to share the exclusive before and after photos along with style notes from Tish on what she did in each room. You'll be amazed at the transformation. Looks like Tish can add interior designer to her résumé now.

From the minute you walk in the door, there is a feeling of contemporary cool. The gallery wall with iconic imagery and coffee table books feels curated and elevated. A nice taste of things to come.

The living room is a space in the house they rarely used. So Tish really wanted to make this room have a purpose.

During the remodeling process, she set up an office in the space to use as a temporary design studio. But once she started working out of it, she knew that part of this room had to function as an office space as well as a living room. " I also wanted the room to have a very laid-back seventies feel," she explains. "That’s why I started with the leather couch. It was really hard for me to make that choice because I usually stick with a very neutral off-white fabric sofa." 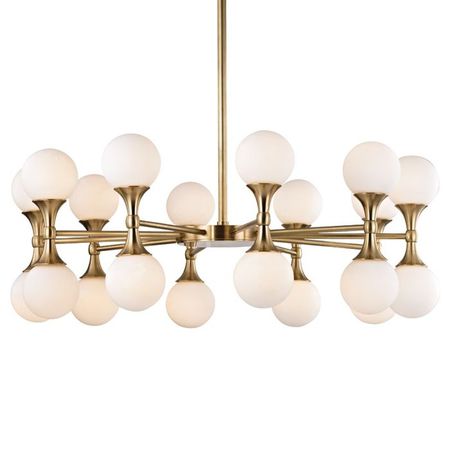 Once the sofa was in the room, Tish fell in love with it and really wanted it to be the room's focal point. Once again, she stepped out of her neutral comfort zone and painted the cabinetry and built-ins on the back wall a deep blue, Benjamin Moore’s Blue Note to be exact. "That color with the sofa just made such a statement," she says.

The one thing Tish can say about this room is that it feels personal. "For so long this space didn’t really feel like it belonged with the rest of the house," she adds. "I needed to add personal items, photos, guitars, and books to make it feel like we live here. This is now my favorite room in the house."

Tish's goal for the redesign was to make it feel more personal. She did this by layering sentimental pieces from their travels and decorative objects that held meaning for the couple.

The lighting throughout the house is incredibly modern and fresh helping to lift it out of its traditional roots into a contemporary-cool style.

The mirror in the entryway hall is the first thing Tish bought for the house because she "just had to have it." This was the perfect space for it because it really helped to set the tone for the space. "It pretty much represents how I want the house to feel," she explains. "Modern California cool." 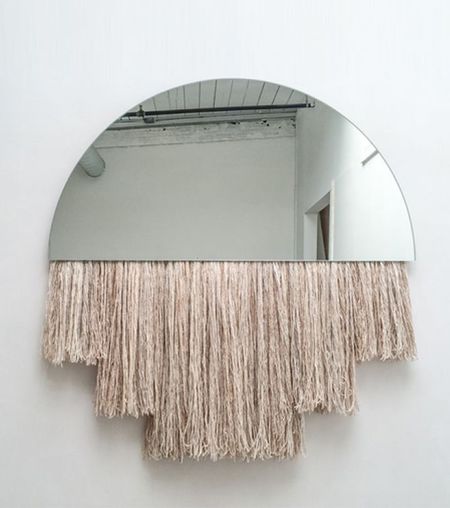 Being such a musically gifted family, it wouldn't be complete without rock 'n' roll iconography and symbolism.

The kitchen was Tish's favorite project out of all the rooms because "it’s been way too dark, way too long." As you can see, even with the skylights, this room felt moody and weighed down with the heavy cabinet colors and dark granite countertop.

Tish loves kitchens that are super bright and airy, a place where you want to hang out. So she completely transformed the space by painting it white, in fact, she wanted everything to be white in this space but at the last minute, she decided to step out of her comfort zone and chose a beautiful gray/blue paint color for the kitchen island cabinets. "I thought the blue would really make the gold hardware pop," she explains.

When choosing a color scheme Tish had no qualms about painting all the walls in Shervin Williams' Snowbound hue. "It's just the perfect shade of white," she says. 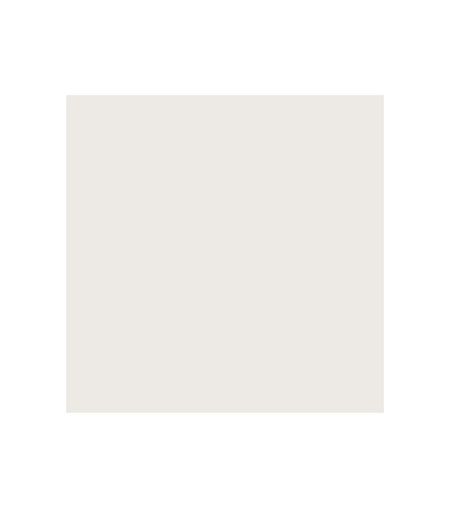 The hardest decision was the backsplash. Tish had her heart set on a more formal looking tile from Ann Saks, but it just didn’t have the laid-back feel she was going for. Instead, she chose a dark gray grout that’s in a very simple but bold pattern. "I think it adds a little bit more personality to the kitchen, instead of a traditional looking backsplash," she notes. "Once again, a little more California cool."

The dining room sits directly adjacent to the kitchen so Tish updated the space with iconic Wagner dining chairs with fur seat details.

The primary bedroom was incredibly glam before Tish redesigned it. "I don’t know what I was thinking when I decorated my primary bedroom a decade ago," she laughs. "It looked like a Vegas hotel room and I couldn’t wait to change it up to something cozier and laid back."

When Tish first discovered this amazing artwork she knew immediately that she wanted them above their bed. "Billy Ray has always had a deep interest in Native American history and culture so I wanted to surprise him with the pieces," says Tish. "I also wanted to show him that I was thinking about him when decorating the space and that I really wanted him to love the room as much as I do. So I continued that theme on his side of the bed, by hanging one of his most beloved hats. He’s always loved collecting feathers too so I got these little vintage vases to display some of his collection."

Tish is really picky when it comes to nightstands because she believes they always look "expected." So, instead, she will choose a small console and forgo the nightstand altogether. "I based the revamp of my bedroom around these vintage-inspired nightstands that I had custom made," she says. "I loved these pieces because even without drawers, it’s still a place that can hold books, my glasses, anything you need really."

The only drawback is that you have to keep it nicely styled and neat or else it can look messy. But as Tish points out, you can always add small baskets to the shelves for storage, which essentially can function like drawers.

While the house definitely has that Cali-cool bohemian theme now, there are still a few hints of rock 'n' roll throughout. Case in point, this iconic black goats hair chair.

The last time they decorated the guest room was when it was Noah's room so as you can imagine, it needed the biggest makeover of all. "We did this room for her when she was about twelve years old, super punk and super emo," reflects Tish.

The first thing Tish removed was the black felt skull wallpaper and slathered it in Snowbound paint by Sherwin Williams. "I decided to paint the accent wall dark gray because I envisioned adding gold sconces to each side of the bed and I love the mixture of dark gray and gold." The first piece she bought for the room was a mid-century modern bed frame from Interior Define and then built the room around it. 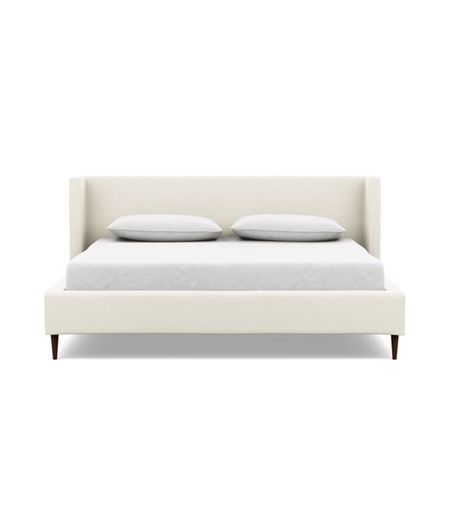 The one piece of furniture Tish always has a hard time finding are night stands. Since the bed was the hero piece of the room, she decided on a lucite console table for each side of the bed in place of traditional nightstands. "They're perfect for a guest room because you don't need as much storage," she notes. "I also like adding a little ottoman underneath console tables because they're great for hiding cords from lamps or electronic devices." 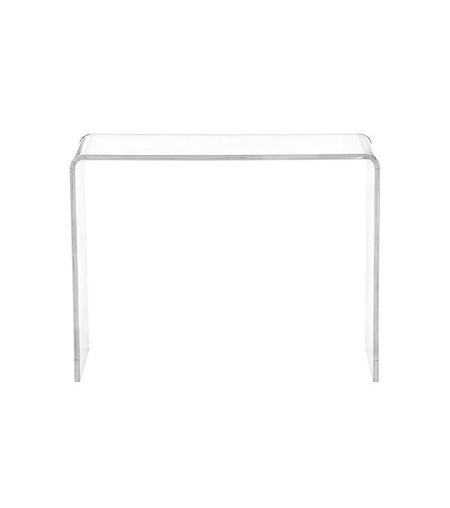 Billy Ray's studio had incredible architectural details (can we please have a moment of silence for that ceiling?) but the flooring and darker color palette really needed a modern update.

So, the first decision Tish had to make was whether or not to paint the paneled ceiling. "I usually think you can't go wrong painting everything white," she says. "But I decided to keep this dark stain because it is original to the house. Looking back I'm so glad I did because it gives you that really cool studio feel. I also feel like you can't go wrong with camel leather in a studio. It feels masculine and has that 70s vibe." 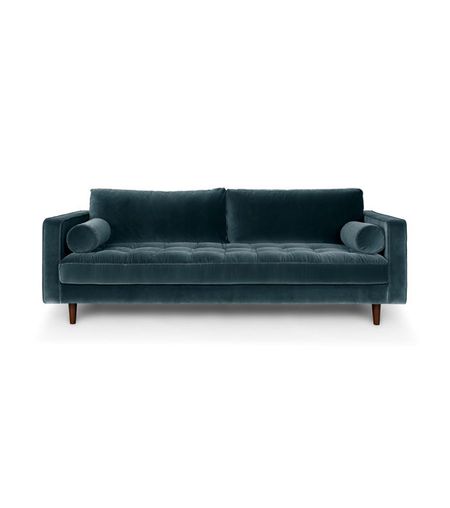 Of all the pieces in the house, Tish's greatest find is actually from a trip she took to Savannah, Georgia. She flew down to help Miley shop for her house (she was in town because Liam was filming a movie there) and found two beautiful vintage fabrics that she later had made into pillows. "I love that every time I see those pillows I remember that amazing trip," she recalls.

With everything else being upgraded to white and bright, Tish decided to keep the studio kitchen dark. After all, it is a space where rock 'n' roll is played and created. White just wouldn't feel right.

The fireplace however was painted white, allowing the main area of the studio to breath again. 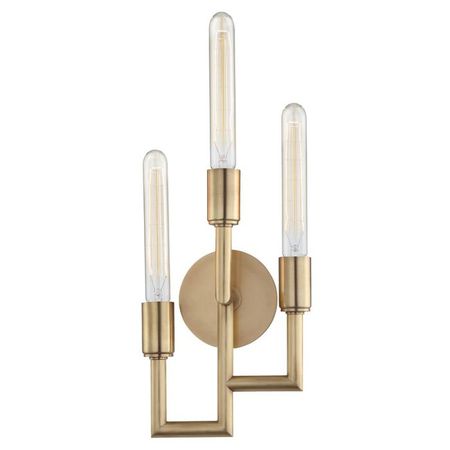 Outside, Tish continued her Cali-cool theme with a stronger bohemian vibe complete with butterfly chair. This is the perfect spot to entertain and enjoy the sunny L.A. weather.