20 Amazing Travel Experiences to Have Before You Die

We admire those who quit their jobs and travel the world, ticking off their bucket lists one destination at a time. Life doesn’t happen that way for most of us, though, and maybe it’s years, even decades, between each time we visit a place we’d always dreamed of. But seeing the planet’s greatest sights is still a very worthy endeavor that everyone should have.

The good thing is that there are countless incredible things to see and life-changing experiences to have in this wide, wide world. Half the battle is knowing about them. So, today we’re bringing you 20 experiences to add to your travel bucket list. If you do even a few of these things, you’ll be better traveled than most of us, so here’s to baby steps.

1. Breathe in the lavender fields in Provence, France

The fragrant lavender fields of Provence bloom from June to August into a sea of purple, creating an incredible, color-rich, aromatic scene. Close your eyes, breathe deep and exhale.

A vision of towering limestone rainforest islands surrounded by emerald-green waters, Hạ Long Bay in the Gulf of Tonkin, Vietnam, includes more than 1600 islands and islets, most of which are uninhabited. The area provides lots of interest for sightseers, scuba divers, rock climbers, and hikers alike.

3. Heat up next to New Zealand's Champagne Pool

Located on the North Island of New Zealand, the Wai-O-Tapu Champagne Pool is a terrestrial hot spring formed by a hydrothermal eruption 900 years ago and it belongs on your travel bucket list. Its name derives from its abundance of flowing carbon dioxide that causes a similar bubbling to champagne, and its unusual colors come from mineral deposits. Water in the pool is around 163° Fahrenheit—swimming is not recommended.

4. Swing at the "End of the World" in Ecuador

La Casa del Arbol, a low-tech tourist attraction in Baños, Ecuador, is nicknamed “the end of the world” for good reason. Here, non-acrophobes swing over a deep abyss below, the crater of Mount Tungurahua, an active stratovolcano. The treehouse that the swing is attached to is a seismic monitoring station.

5. Stroll through the Sagano Bamboo Forest in Japan

Located on the outskirts of Kyoto, Japan’s Sagano Bamboo Forest is a magical wonderland of towering, verdant bamboo stalks gently moving in the wind, eerily creaking as they collide.

6. Walk through Plitvice Lakes in Croatia

Located in central Croatia at the border of Bosnia and Herzegovina, heavily forested Plitvice Lakes National Park (a UNESCO World Heritage site) is a sight for sore eyes, with 16 tumbling crystalline lakes and a series of cascades and waterfalls of the mineral-rich water.

Machu Picchu, the Incan citadel, set high in the Andes Mountains was built in the 15th century and later abandoned. Today, it presents a fierce challenge for hikers, offering incredible panoramic views as a reward.

8. Float on a hot-air balloon in Cappadocia, Turkey

Take in breathtaking sights of natural fairy chimney rock formations (hoodoos), panoramic vistas, and the picture-perfect image of vibrant hot-air balloons—all the while experiencing flying high in the sky—in the semi-arid town of Cappadocia, Turkey. Add this experience to your travel bucket list ASAP.

9. Meet the wildlife on the Galápagos Islands

The Shwedagon Pagoda, the most sacred Buddhist pagoda in Burma, was built by the Mon people between the sixth and 10th centuries. It is completely plated in gold, and its crown is embellished with 5448 diamonds and 2317 rubies, and at the very top, it is tipped with a 76-carat diamond. It is a beautiful, shining wonder to admire during the day and at night.

11. Dive with crocodiles in Africa

If you’re looking for thrills and you dare to be brave, getting up close and personal with a crocodile, an ancient predator that has four times the bite pressure of a great white shark, is one of the most intense experiences you can have. The Cango Wildlife Ranch in Oudtshoorn, South Africa, offers Nile crocodile diving in a bite-proof cage, or you can take a private, cage-free expedition in Botswana with Big Animals Expeditions.

12. Go on safari during the great wildebeest migration

Described as the “World Cup of wildlife,” the great migration of more than a million wildebeests, 500,000 gazelles, and 200,000 zebras from the Serengeti National Park in Tanzania to the Maasai Mara National Reserve in Kenya is one of the greatest natural wonders. Taking place from July through October, the migration is immense, with animals stampeding, leaping into rivers, honing in on their prey, and giving birth. The timing of it is quite unpredictable, but if you get the chance to see it on safari, you will be among a lucky few.

13. Walk on water in Salar de Uyuni in Bolivia

At 4086 square miles, Salar de Uyuni in southwest Bolivia is the world’s largest salt flat, formed as a result of transformations between prehistoric lakes. Extraordinarily flat with seasonal flooding, the landscape creates the illusion that you are walking on water, presenting many great photo opportunities! Salar is also a breeding ground for pink flamingos and has an antique train cemetery of abandoned 19th-century trains.

14. Release a candle at Yi Peng Festival in Thailand

Celebrated each November in Chiang Mai, Thailand, the Yi Peng Festival is a religious ceremony in which thousands of Thai people release glowing lanterns into the sky while making a wish as a way of paying homage to Buddha. A week after this traditional celebration, a second lantern-release festival is held for foreign tourists, and other events like parades, dances, and fireworks are put on throughout the city over the weekend.

15. Hike through Antelope Canyon in Arizona

Antelope Canyon is located just east of Page, Arizona. It's a slot canyon often referred to as "The Crack" or "The Corkscrew" thanks to the shape of the rock formation. The unique feature was formed from flash flooding and years of erosion, leaving behind the smooth rocks and their intricate curves.

In order to visit the natural wonder, you'll have to sign up for a tour with a licensed operator due to the possibility of dangerous flash flooding.

Once there, you'll be treated to the unfathomable natural beauty that looks like something from another planet. It's definitely a site to have on your travel bucket list.

16. Swim in the Blue Lagoon in Iceland

The Blue Lagoon, a geothermal spa, is located in a lava field in southwestern Iceland, about 50 minutes from the capital city Reykjavík. A man-made lagoon fed by geothermal seawater, the spa contains soothing 100°F water and is said to have many healing properties due to its rich silica, algae, and mineral contents. The silica causes it to have a milky shade, and the reflection of the sunlight makes it appear bluish.

17. Board down an active volcano in Nicaragua

Like to snowboard or sled? Try volcano boarding! Made up of small, penny-sized volcanic rock, Cerro Negro, an active volcano outside León, Nicaragua, has become a destination for volcano boarding—either riding or surfing down its steep slope on a wooden sled. Adventurers first must hike up the volcano’s 2388 feet of loose rock, and then they can stand on their boards like snowboarding or lie down on it like sledding, racing downhill at 30 mph.

18. Stargaze in the California desert

If you’re interested in constellations, there are few better places to stargaze in the U.S. than Borrego Springs, California, which is an International Dark Sky Community, a municipality dedicated to preserving the night sky with lighting codes, responsible lighting, and dark-sky education and citizen support. The Mojave Desert, about three hours away, is also dedicated to preserving its dark skies. With distinct plant and wildlife and warm weather, the California desert is a great destination for camping and gazing at the Milky Way.

Well known among cave enthusiasts and nature enthusiasts, the Jomblang Cave in Yogyakarta, Indonesia, is a magnificent natural setting and thousands of years old. Its opening is about 50 meters in diameter, and cagers can descend as far as 80 meters down into it. At the base of the cave, in addition to a beautiful ray of light shining in, there is also lush vegetation to see, including trees, mosses, ferns, and shrubs.

20. Tour the Alhambra in Granada, Spain

A palace in Granada, the Alhambra dates back to 889 A.D., but it was renovated and rebuilt in the 11th century by the Moors. With incredibly intricate architecture and decorations, the historic monument’s lavish details are endlessly fascinating and inspiring for design and history buffs alike.

Add these destinations to your travel bucket list and shop a few of our favorite travel essentials below. 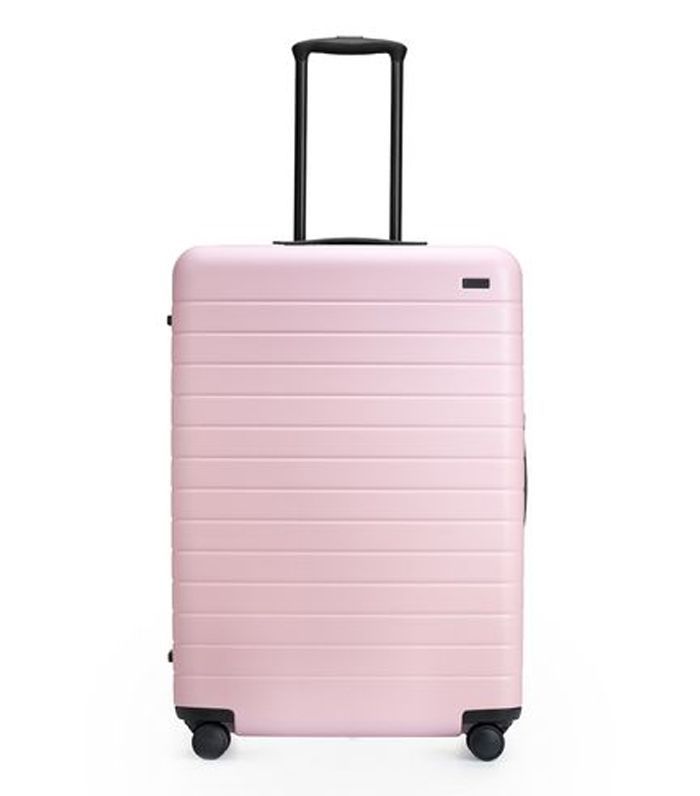 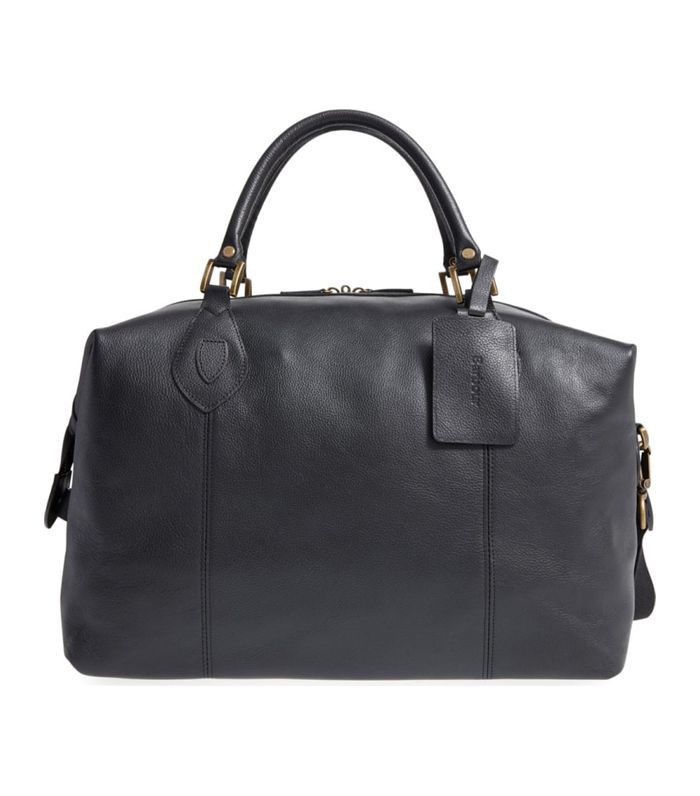 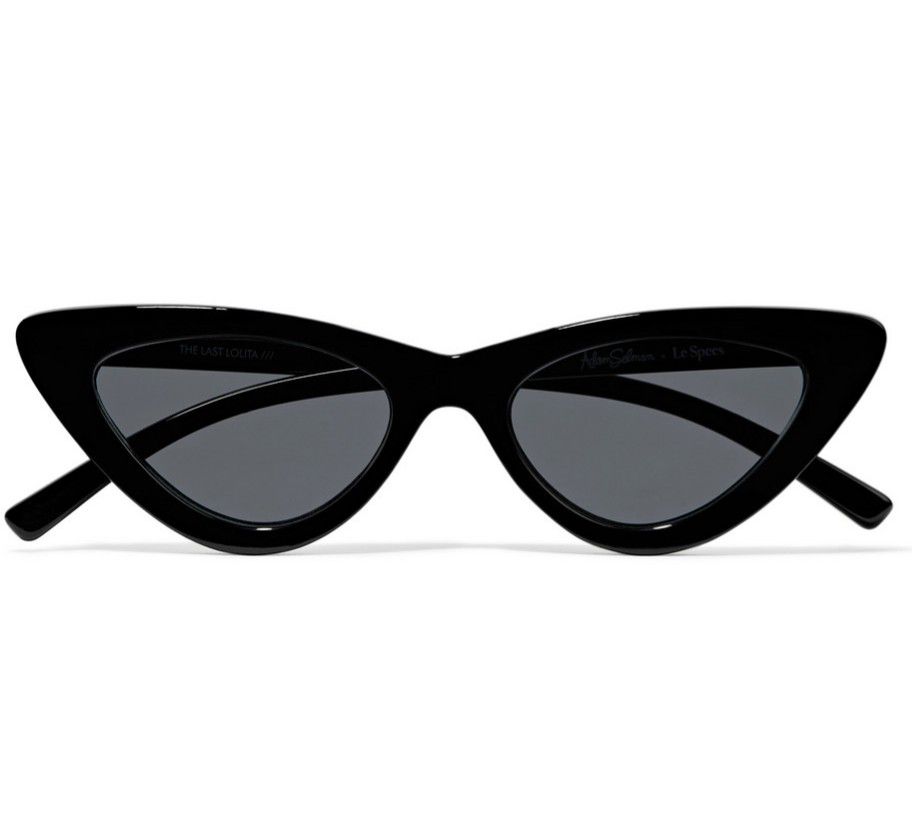 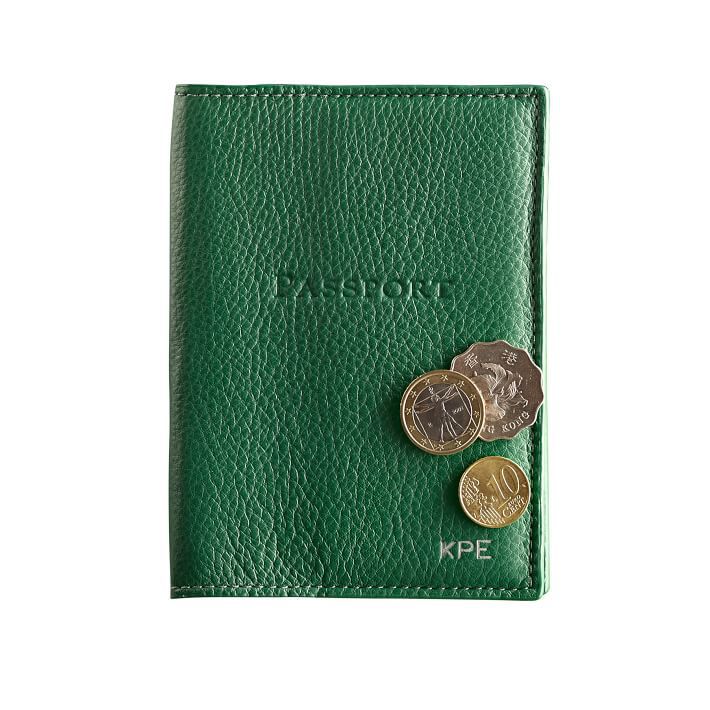