This Is Where Spanish Girls Actually Go on Vacation

There's no doubt that the longer you spend in a country, the more you begin to appreciate the subtleties that only locals are attuned to. After all, when you're not racing through an itinerary, you can explore every beach, village, and city at your own pace. This was certainly the case for fashion blogger Jessie Bush of We the People, who relocated from New Zealand to Europe and now splits her time between Barcelona, London, and Paris.

The honorary Spanish native has spent the last year living like a local, whether it be soaking up the sun on a white-sand beach in Minorca or sampling tapas and sangria in Seville. Here, Bush reveals the destinations on her must-see list in Spain—the spots that Spanish girls frequent and travelers will love. There's still time to plan a summer vacation. Here's how to see Spain like a fashion blogger and look the part, too.

If there's one part of Spain that's captured Bush's heart, it's Majorca, a large island perched near Ibiza and the mainland. "I've fallen in love with Majorca so deeply that I'm planning my wedding there for next year," she says. "It may have the world's best beaches (a big call, I know, but one I stand by) and is the perfect mix of lazy rocky bays and beautiful hillside townships."

Thanks to its size, there's no shortage of gorgeous beaches and picturesque towns, but Bush says there are a few you can't miss. "Make sure to visit Cala Romantica, a lovely two-beach area on the East Coast, as well as Valldemossa and Deià, which are two towns that epitomize European quaintness."

Seville is almost too photogenic to comprehend. The city in southern Spain has cobblestone streets, pastel-colored storefronts, and an abundance of orange trees that infuse the air with the heavy scent of sweet blossoms. Not surprisingly, it's one of Bush's favorite places in Spain. "[It's] the city that transports you back in time," she says, recalling a recent trip. "There's a lot of history in Seville, and if you can beat the heat (when we went, it hovered around a blistering 40 degrees, and it wasn't even peak summer), you'll find lots of old-town magic."

If you only have a day or two to explore, add her recommendations to your list. "Seville is famous for the Alcázar gardens (featured in Game of Thrones), but what we really loved about the city was the food; there are some incredible modern tapas restaurants like Torres y Garcia and Perro Viejo," she says. "That alone is worth the trip."

Formentera mightn't be as well-known as glitzy Ibiza, but Bush says it's a must-see. "A slightly up-market version of the [other Balearic Islands], the tiny island of Formentera is where the wealthy escape the insanity of Ibiza," she explains. Her top recommendations involve sun and sand. "The beach of Playa de Ses Illetes is the stuff postcards are made of. It's by far the most popular beach on the island, but it's so beautiful it's worth joining the hoards of holiday makers."

Barcelona is a popular choice for travelers, and for good reason—the coastal city has the perfect blend of good beaches, a thriving nightlife, burgeoning arts scene, and unparalleled food. Not surprisingly, it's where Bush lives part-time. "We've lived here for a year now, but we visited several times over the last few years; it's these visits that inspired us to move to Spain and take advantage of the warm climate, beach vibes, and more relaxed settings," she explains.

"In Barcelona, you'll eat your weight in Spanish tapas, sweat, and drink beer amongst the locals, and you'll visit the almost-psychedelic works of the enigmatic Gaudí," she says. "It's an incredible city, very full of life, and it's one that I recommend to everyone who has a chance to visit." 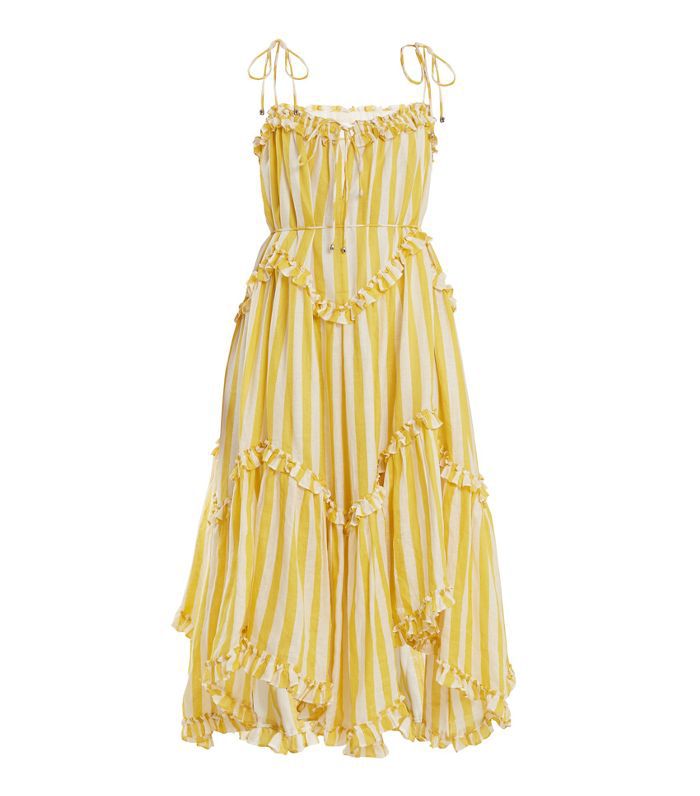 Not to be confused with Majorca, its popular neighbor, Minorca is a small Balearic island off the coast of Spain that oozes charm. Interestingly, three of the five destinations Bush recommends are pristine islands, proving there's much more to Spain than the major cities.

"Slightly smaller, and therefore easier to navigate, make sure you don't miss Cala Roig, a secret little beach on the southern tip of the island," she recommends. "If you make it to Mahon, grab lunch or dinner at Taverna Ca's Mestre D'aixa; Mediterranean with a modern twist."