What in the world is the difference between quinoa, farro, and brown rice? Or what about couscous? Is one better for your cholesterol levels? Despite my enthusiasm for farro, I was stumped by these questions. With so many It grains popping up and throwing me off my menu game, it's hard to know which carbs to cook with what, and what their varying health benefits and potential consequences are. But guess what serendipitously landed on my desk to set the record straight? Grains, Seeds, & Legumes, an informative book by Molly Brown that features 150 recipes, including pro cooking tips and nutrition facts about each one. The grain gods must be mind readers.

So after flipping through Brown's holy grail of a grain glossary, I decided to highlight the nutrition information and come up with recipe ideas for the buzziest types of grains: brown rice, couscous, farro, barley, quinoa, and millet. Scroll through this cheat sheet of the six most common grains to find out which are gluten-free, fiber-rich, low in cholesterol and glycemic index, and protein-packed, so you can cook equally delicious and healthy meals this week.

The Health Profile: Brown explains that "barley's fiber is not concentrated in its outer bran but found right through the kernel." Regular barley has the highest fiber content of all the grains in this roundup.

Barley is packed with amino acids, making it a great source of protein with a lower estimated glycemic load than quinoa.

The Flavor Notes: Store-bought barley also "retains much of the distinctive earthy flavor of unprocessed barley," making it an ideal grain to add to a salad.

The Recipe: When you feel like your diet has been lacking fiber, go get some barley pearls and consider making this three-grain salad from Spoon Fork Bacon. The purple kale and light lemon vinaigrette dressing ensures that you feel satisfied without veering from a heart-healthy diet.

The Health Profile: Brown rice contains vitamins B1, B3, and B6; phosphorus; iron; manganese; magnesium; and selenium. One cup has about 200 calories. It's a better choice for heart health than refined white rice because it contains fiber, which is essential to maintaining healthy cholesterol levels.﻿﻿

The Flavor Notes: Whole grain rice "makes a great salad base because it stays firm and separate," explains Brown. The short grain version, which is what a classic recipe calls for, has a chewy consistency and nice nutty flavor.

The Recipe: For an easy, hearty, and simple lunch or dinner that features brown rice, whip up Minimalist Baker's portobello mushroom stir fry. It's also nutritional, vegetarian-friendly, and full of flavor.

The Health Profile: Farro is a great source of protein, fiber, iron, niacin, zinc, and magnesium. It isn't gluten-free, but it has a lower estimated glycemic load, which is an important nutritional element for diabetics to consider.﻿﻿

Farro is an ancient whole grain packed with protein and fiber that is popular in Mediterranean cuisine.

The Flavor Notes: "Farro softens when cooked, but it remains a little firm," writes Brown, and it has some nutty undertones as well.

The Recipe: Since farro is a base for both warm and cold salads, this Mediterranean chicken and farro salad from Half Baked Harvest is a delicious way to get your protein and fiber fix.

The Health Profile: Quinoa is loaded with iron and calcium and is also a good source of manganese, magnesium, and fiber. Better yet, Brown explains that "quinoa is a gluten-free complete protein (rare in the plant world), which means it contains all the amino acids we need."

Quinoa is a superfood seed that is soft and fluffy with a slightly nutty taste. It is native to South America.

The Flavor Notes: Since quinoa is super moist, it can fluff up to a consistency similar to that of couscous.

The Recipe: For a vivid bowl of nutrients that looks as pretty as it tastes, make The First Mess's sprouted mung bean and coconut quinoa bowl with beet tahini.

The Health Profile: This is probably the trickiest one on our list. As Brown clarifies, "couscous is not actually a grain, but a tiny grain-like pellet made from flour and water, traditionally rolled out by hand." Though it looks just like quinoa, it's nutritionally more comparable to pasta. However, the whole wheat version is a good source of fiber and iron.

The Flavor Notes: Fluffy and light, this mild-tasting carb soaks up the flavor of whatever you pair it with.

The Recipe: If you're in the mood for something comforting and full of complex spices, Half Baked Harvest's one-pot Moroccan chicken with chickpeas and couscous will hit the spot.

The Health Profile: "Millet is an ancient grain—probably one of the oldest staple foods," writes Brown. "Nutritionally it is superior to whole grain rice and wheat and it is gluten-free." Specifically, it offers a ton of B vitamins, iron, magnesium, manganese, phosphorus, and zinc.

The Flavor Notes: Brown jokes that "despite its image as a bird food, millet is a good introduction to grains, especially if you are cautious of those fuller flavors." It's small in size and mild in flavor, so you can use it instead of couscous if you want something gluten-free and nutrient-heavy but also milder than quinoa.

The Recipe: Millet can be used as the base of many recipes, from muffins to salads to polenta. We're particularly excited to try this recipe from The First Mess, which yields BBQ lentils atop a millet polenta base. 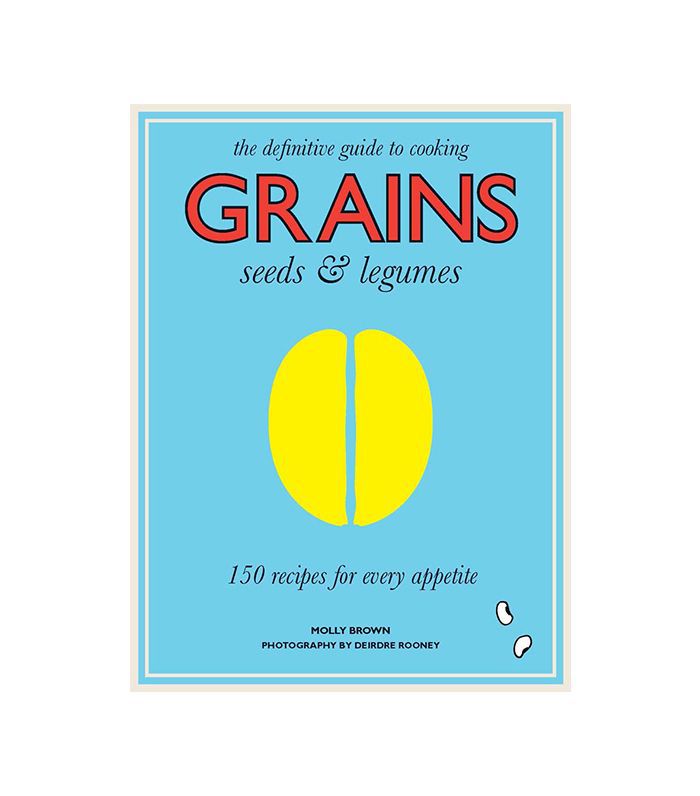 Now that you're a grain expert, shop Brown's book to branch out into the realm of seeds and legumes.