written by
Jonathan Steinitz
Jonathan has worked in retail merchandising, interior design, and event decor. He was a guest editor and contributing writer for MyDomaine for three years.
MyDomaine's Editorial Guidelines
Jonathan Steinitz

Truth be told, I almost backed out of my experience at The Unique Camp before it even began. A week before I was set to depart for the four-day experience in Big Bear, California, I was busy at work, and I considered cutting my losses to avoid taking the time off, but I’m glad I resisted that temptation.

The Unique Camp is the brainchild of founder Sonja Rasula, a consultant and inspirational speaker who had a vision for a fresh twist on the business conference—one that would cultivate the entrepreneurial spirit among small business owners and creatives using a combination of hands-on curriculum and personal development themes, with one brand-defining key ingredient: A summer camp setting. “I think I got all the skills needed to plan and produce it back as a teenager at summer camp,” says Rasula. “All I had to do was to apply them and build the conference.”

I had booked my ticket along with two of my best friends. When we discovered the camp online, we were instantly hooked on the idea of giving ourselves a few days to disconnect, meet new people, and stretch ourselves creatively with the camp’s array of workshops and activities and its casual approach to networking. Of course, as soon as I decided to go, I started to wonder whether I had made a good decision.

Should I have just booked a short vacation instead? Was the whole camp aspect going to be weird? (Having never attended summer camp growing up, my perception of it was largely informed by a select few movie plots.) How could I guarantee that this would prove beneficial to my career or personal life? And, perhaps most of all, could I survive without my phone for four days (including not being able to check in with my husband)?

But here’s the thing—these fears are the reasons I’m glad I went. Overcoming them was the whole point of the experience.

As we arrived at our conference site, a historic YMCA summer camp in Big Bear, I learned that many campers were secretly excited for the cell phone surrender that awaited us upon arrival; this would be their opportunity to shut off and escape, to be freed of worldly responsibility and stress, to help them get unstuck from the day-to-day that might be distracting them from brainstorming, daydreaming, and thinking about bigger moves and better ideas.

Taking a break from technology was a part of Rasula’s vision from the outset. Before starting the camp, she remembers, “I was noticing the negative effect technology was having on society—increased anxiety, poor social skills, a lack of being unplugged, and less time spent in nature.” We weren’t getting much reception up in the mountains anyway, so any possibility of social media and contact with the outside world seemed low. Because of this, I didn’t fear missing out other than being able to check in with my husband when something happened that I wanted to share.

Not having the phone did, however, force me to figure out how to use downtime or silent moments differently, which in the end was an exciting change of pace. It also kept me engaged in conversation in a way that is not always possible in the real world. That was probably the biggest win: Disconnecting made connecting to others easier. After all, similar to what I assume happens at summer camp, an important part of the experience is forming meaningful connections. In fact, meeting people was my favorite part of the entire experience because I met so many individuals who shared stories about what they’ve done and what they’re doing with their lives.

I also unlocked a major personal insight on the connection front: I learned how to introduce myself. I’ve taken for granted in the past that most of my introductions are either through friends or through work. It’s harder than it sounds, but starting from scratch gave me the opportunity to figure out how to tell the story I wanted to tell in a way that focused on who I am instead of who I know or where I work.

Day 2: Step Outside Your Comfort Zone

Let’s be honest: I felt awkward during the first day. But by day two, everyone wasn’t a complete stranger anymore, and some of my inhibitions relaxed. In each activity and workshop, I embraced the opportunity to admit my own novice and challenged myself to learn as much as possible.

This arc of vulnerability is Rasula’s favorite part of the program: “You become kid-like in the sense that you don’t care who is watching or what people think; you simply allow yourself to be present,” she says, explaining how even body language changes throughout the experience.

I think I appreciated camp more as an adult than I would have as a child. When you’re younger, you’re less aware of the steps you might be taking to make yourself a stronger person—it tends to happen more naturally. Growing up, when you’re outside your comfort zone, it’s often not a deliberate choice, and you don’t even always recognize that you’re accomplishing something. Instead, going to camp as a thirty-something, I used my own sense of purpose to fuel a lot of the experiences I had.

Day 3: Have Someone Else's Back

The only real trust fall that I did at camp was one that was staged for a short film project in a workshop I took. That said, the total experience carried with it a strong current of support and sense of community. One concept that stuck with me was an improv principle that I learned from actress Alison Becker in the workshop she led: “I’ve got your back.”

In context, the phrase was meant to set a supportive tone between partners before an improvised sketch, but for me, it resonated as an approach to being a part of any relationship or team. Trust is a hard-earned currency both personally and professionally, and I fell in love with the idea of proactively letting those around you know that you’re there for them both physically and metaphorically. Think of how much further you can reach (and how much further you can encourage others to reach) if you know someone is there to help you out.

One aspect of the experience that initially drew me in was the idea of deconstructing dreaming big. The world is full of encouragement for following your dreams and telling you that anything is possible. The problem is that no one tells you where to start or how to do it, which can hold people back. I wouldn’t classify myself as a dreamer, but I would like to push myself to dream bigger than I do in everyday life, and I was excited by the way that camp strategically balanced activities that were mind-opening and wellness-enhancing with others more focused on tactical lessons and takeaways; I partook in workshops ranging from photography to storytelling to improv and real-world problem solving.

But perhaps more importantly, there was a practical scheduling component to each workshop: The time constraints of a 90-minute session forced each group to dive in head-first toward the objectives of the class, leaving little time for hesitation or brake-pumping. Instead of overthinking, it was all about starting and figuring it out as you go. I worked in a team to concept, stage, film, and score a short movie. I brainstormed and pitched creative solutions for universal access to higher education.

I wrote a short story. I learned not to shy away from complex challenges or daunting subject matter, and instead start off with a more open mindset and criticism and editing for later. This was a valuable lesson in generating more radical ideas without judgment and surfacing solutions outside the box. Rasula’s advice for entrepreneurs and creatives echoes this approach. “Trust your gut, and believe in the power of your vision,” she coaches. “You have to dive in and do it, there will never be a perfect time.” 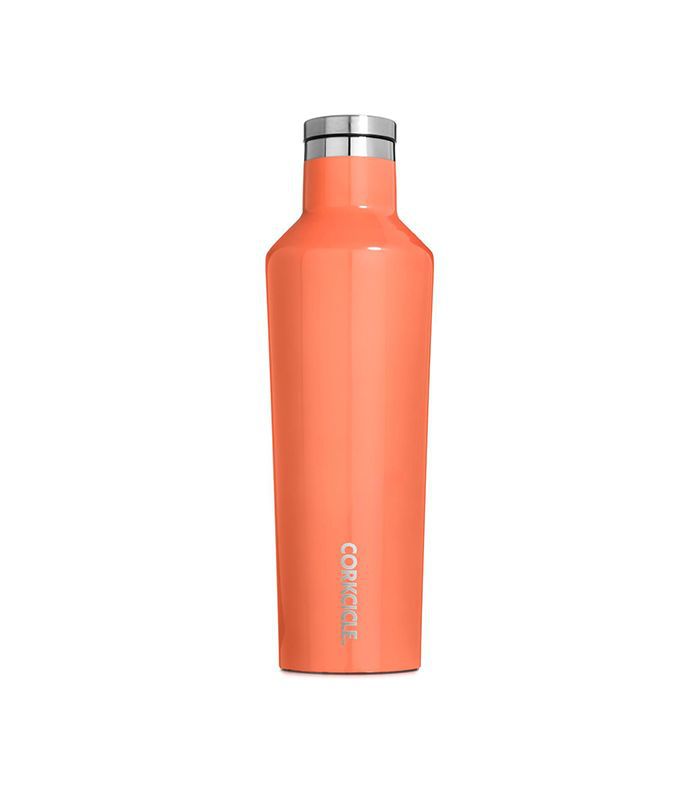 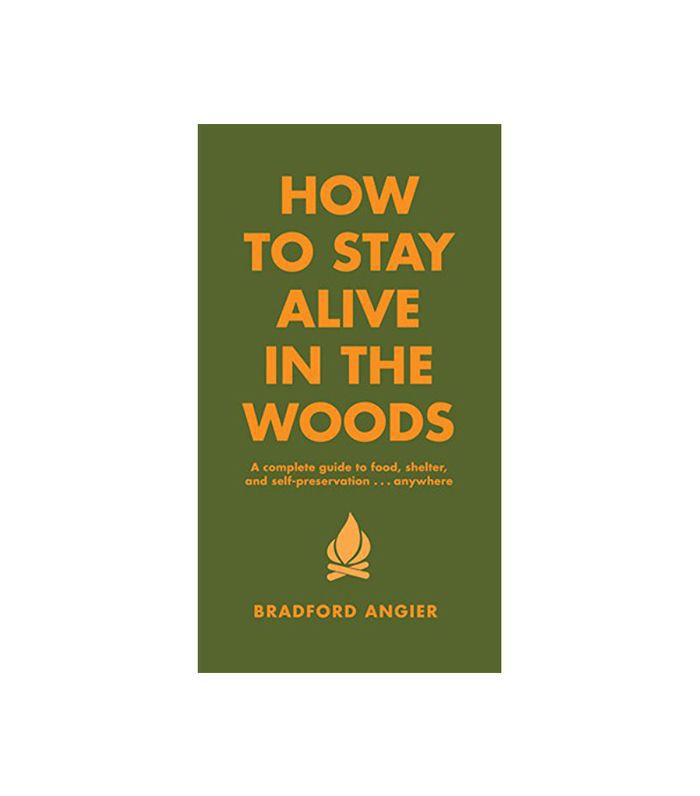 Bradford Angier How to Stay Alive in the Woods $9
Shop 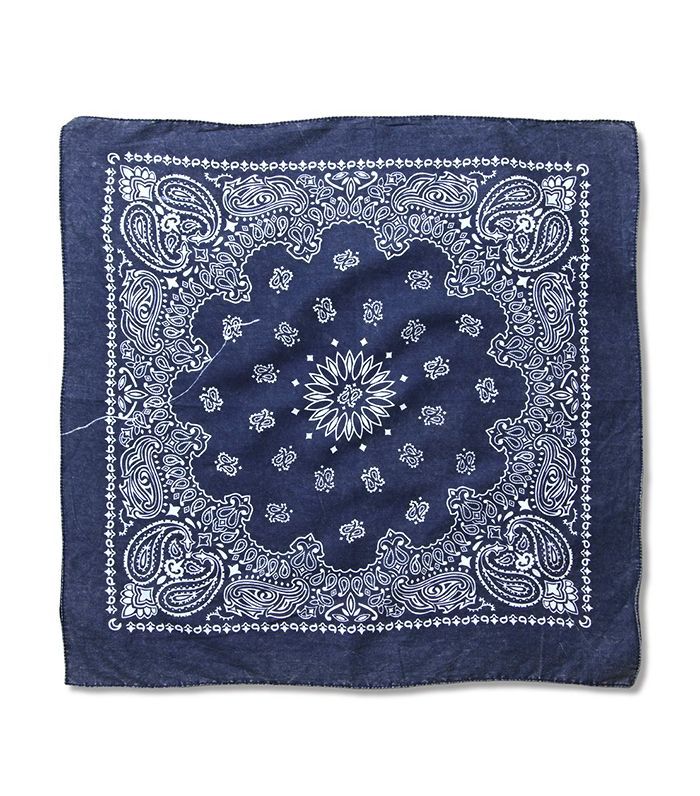