We Swear, These Vegan Pie Crust Recipes Taste Just Like the Original

Pie is the ultimate comfort food with all of its doughy goodness, decadent fillings, and a sprinkle of sugar or dollop of whipped cream on top. It's definitely not the healthiest of foods, but if you want a slightly better-for-you option, try making yours with vegan pie crust. You may be thinking that butter gives the crust its flakiness—which is true—but that doesn't mean you can't replicate the original with just the right ingredients.

Thankfully, we're not the only ones interested in vegan recipes, so we were able to round up a few delicious vegan pie crust options from those who know it best. And guess what? Each has a special ingredient that gives it the perfect taste and texture. And for when you don't have the time to make your crust from scratch, we also included one of our favorite pre-made vegan pie crusts. Scroll through to see the top homemade and premade vegan pie crust recipes, and then start baking.

The Hero Ingredient: Coconut oil replaces vegan butter in this delicious recipe from Minimalist Baker. The trick is to make sure it has a “scoopable” consistency like when you first open it, so make sure to pick up a new jar.

The Recipe: This four-ingredient recipe relies on mixing flour, sea salt, and coconut oil together, and then adding some ice-cold water to form the dough. Simply put it in a pan, and bake it until the edges brown. (We love how this recipe has no refrigeration time.)

The Clincher: It really and truly doesn’t have any coconut flavor, which means your filling can still be the star of the show.

The Hero Ingredient: Vodka—yes, vodka—adds just the right amount of moisture to Namely Marly’s recipe to give the crust a flaky texture.

The Recipe: Combine flour, salt, sugar, vegan butter, and vegetable shortening in a food processor. Add a few sprinkles of water and vodka to your dough until it gets sticky; refrigerate for at least 30 minutes. (This is how it sets.)

The Clincher: If you want a little extra flavor in your pie, opt for some cinnamon-infused vodka (but you can use any infused vodka your heart desires).

The Hero Ingredient: Aquafaba—a canned chickpea liquid—takes the place of eggs in this vegan pie crust recipe from Sugar & Satire. (We’ll be honest: We had to google the ingredient, but we like what we’ve heard.)

The Recipe: Make a dough out of the flour, shortening, aquafaba, white vinegar, and salt. Roll the dough into two sections, and freeze it overnight to get the right consistency.

The Clincher: The dough will last for two to three weeks in the freezer, so make extra, and bake another pie the next weekend. (Your friends will thank you.) Since life happens, if you don’t have time to make homemade dough, pick up a premade vegan pie crust like the one below. 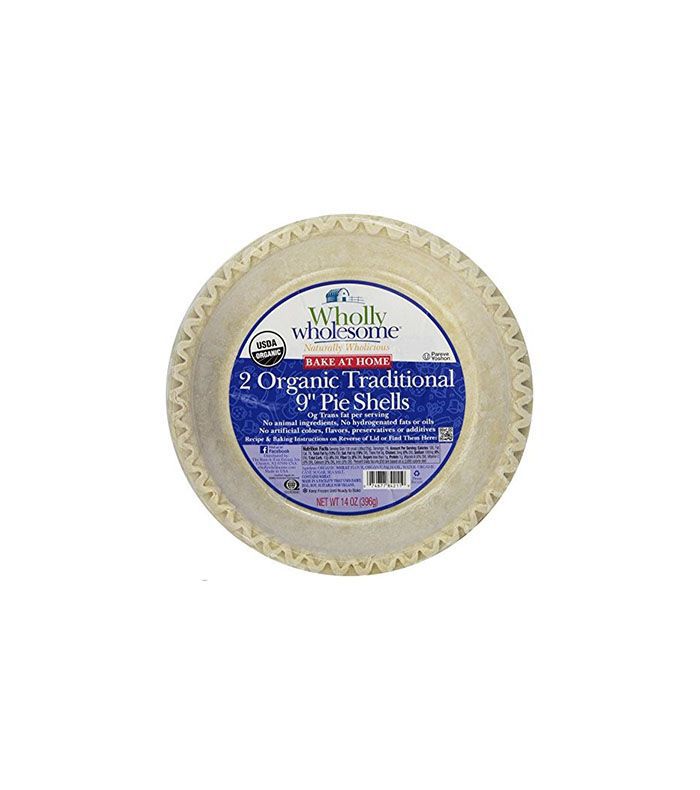