A Goldbergs Star Opens Up About Battling Depression

Close your eyes and think of a laugh-out-loud, genuinely hilarious movie that empowers women on-screen and beyond. Was Bridesmaids the first thing that popped into your head? Same here. Though it was released six years ago and there are more and more films like this hitting theaters today, Bridesmaids is undeniably one of the best, and a huge part of that is because of the incredibly talented cast of inspiring women. So we were beyond excited to chat with Wendi McLendon-Covey, who you may also recognize as Beverly Goldberg, the family matriarch on ABC series The Goldbergs, which earned her two Critics Choice award nominations.

Naturally, we had a great time picking her brain about everything from career advice to healthy eating tips and mental health self-care habits. And while she was full of funny jokes and anecdotes, she also shared a ton of insightful tips. Specifically, McLendon-Covey shares how she manages to eat an incredibly healthy, fat-burning diet despite being allergic to pretty much every vegetable imaginable, as well as inspiring wisdom about how to cope with and manage clinical depression and pursue your passions, no matter how lofty they seem. Find out the full details by reading our conversation below.

MYDOMAINE: What was the last healthy living question you’ve typed into Google?

WENDI MCLENDON-COVEY: Probably a ketogenic recipe. Because that’s how I eat, meaning I eat a lot of fat. I’ve got a lot of food allergies, and I find this is the easiest way for me to eat. And because I was an insomniac for many years, weirdly this helps me sleep better. So yeah, I look up a lot of ketogenic recipes, and so far I’m very disappointed with the dessert section.

MD: I don’t know much about that diet.

WMC: It’s super high fat. It goes against everything you’ve ever been told about fat. And one of the things about it is that you need fat to burn fat, and one of the side effects is that is that you do lose weight, weirdly enough, eating a ton of fat, and when you think you’ve eaten all the fat that you can, no you haven’t. You have to eat more. I thrive off butter.

MD: How did you discover that?

WMC: This is so stupid, but I found it in a magazine while I was getting my nails done, and I thought, well, this sounds insane. I’m gonna have to research this. And I did research it, and there’s enough evidence out there that this is something that works. I’ve been doing it for two years, and it makes a difference. I’ve gone to the doctor, and it hasn’t raised my cholesterol or anything like that. And I have lost weight, though that’s not what I care about.

MD: What kind of food allergies do you have?

WMC: All solanaceae vegetables, so basically anything that’s good that you’d want to eat. Tomatoes, peppers, mushrooms, all of those. Citrus, corn—it’s actually a really long list. Potatoes—like, give me a break. What can I eat?

I was to the point where I was just crying all the time, and I couldn’t even finish what I started because I would just start feeling hopeless.

MD: When you eat out, do you have to have an EpiPen with you, or do you just have to be super careful when ordering?

WMC: I don’t have to have an EpiPen with me. The only thing is I break out in hives. Sometimes it’s worth it. I have to have tomatoes sometimes, like chips and salsa. And if I itch later, whatever.

MD: Yeah, whatever, just Benadryl and go to bed. I feel you on that. If I couldn’t eat guac, I would do the same thing.

WMC: Luckily I can eat all the avocados I want. It’s healthy fat, so I can eat guacamole every day of my life.

MD: That’s not a bad way to live. So do you do most of your cooking at home or eating out since you have such a hectic career?

WMC: I mostly cook at home, and I eat the same thing a lot. And if I do go out, I just order off of the appetizer menu.

MD: Well, then you get a little of everything.

MD: So what’s your go-to recipe?

WMC: I make a lot of big bowls with cauliflower rice. Look, you gotta train yourself to eat that—it does not taste good. But it can take on the flavor of whatever you put in there. You have to kill the bitterness.

MD: So switching gears now—how has your relationship changed with self-care and taking care of mental health over the years?

WMC: I’ve always struggled with depression since I was a child, and in my 20s, it became necessary to start taking medicine for it. And until you find the right thing, it really is a nightmare because of the side effects. You know, I was on one medicine where I just couldn’t wake up. I was practically sleeping my way through a whole semester of school. I would fall asleep in my car at school and miss my classes.

MD: And did you know right away that was because of the medicine? How did you isolate it?

WMC: Trying to tell the doctor who prescribed it to me that this was not working out was hard, and I couldn’t say that it wasn’t helping my depression… I guess being asleep all the time could help depression, but it just wasn’t for me. So I stopped taking it, but once you stop taking it, then you go through all the side effects again. You get dry mouth and dizziness. Then when I was 28 years old, I finally found something that worked, but if I don’t take it at the same time every day, it feels like the worst hangover you’ve ever had.

WMC: So that’s not convenient when you’re traveling or working, or god forbid I forget it when I’m on a job.

MD: Or even with a time difference when you’re traveling a lot.

WMC: Yes, it’s not easy. And you know, it can be within an hour or two, but still. But you have to take care of these things—you either want to have functional life or you live in chaos, and I want a functional life. I work long hours, and I love what I do.

MD: How did you get to the point that you wanted to make a change and started actively figuring out how to cope and manage your depression?

WMC: I was to the point where I was just crying all the time and I couldn’t even finish what I started because I would just start feeling hopeless. It didn’t matter what it was. I couldn’t get off the couch and stop crying. That was in my 20s. And I thought, Well, I better do something because who wants to be in a relationship with me? I mean, my poor husband, who couldn’t do anything to help me. You just can’t live your life that way. It’s no way to be. So I got myself together and got help and kept trying until I found what worked for me. But that was a really rough time, and I’m glad I’ve never gone back there.

MD: How has comedy helped you in your career and personal level?

WMC: You know, I’ve been interested in comedy ever since I was a little girl. And I thought I would watch people like Carol Burnett, you know all the greats, Steve Allen, you know, and I would watch the audiences go nuts for them, and I remember watching my parents watch these things and thinking, I want to make people feel like that. I want to make them happy. Even as a kid, I was one of those annoying children who would write plays and make everyone watch—I was ready to put on a show.

It wasn’t easy. But they were challenges I wanted to meet.

WMC: Then my friend and I were both at dead-end jobs at a hotel and thought, Let’s just take classes. Life sucks so much at this job, so let’s just see what happens. Maybe we’ll be good at it—who knows? So we would drive up to Los Angeles from Orange County and take these classes at the Groundings in my 20s, and our lives depended on these Saturday classes—we loved them so much. They were my lifeline. Luckily I ended up being okay at it, and it all worked out. It wasn’t easy. But they were challenges I wanted to meet. I wasn’t intimidated. I genuinely wanted to keep getting better, so when I got notes, I wanted to work on them.

MD: That’s good advice on how to handle constructive criticism. Using it to your advantage rather than getting defensive or brushing it off.

WMC: Some people live their whole lives not being able to take criticism, and that’s a shame because you’ll never get good at anything if you don’t listen.

Some people live their whole lives not being able to take criticism, and that’s a shame because you’ll never get good at anything if you don’t listen.

MD: That’s the great thing about comedy, too, is not taking yourself so seriously. And being able to bounce back from something you think you don’t like or a mistake you make and not necessarily laugh it off because that can be destructive too, but being able to see the humor in life is a great way to get through not just difficult times but something you might look back on and not be super proud of.

WMC: A lot of comedy comes from having your heart broken. You can’t be funny until you feel those extreme lows. 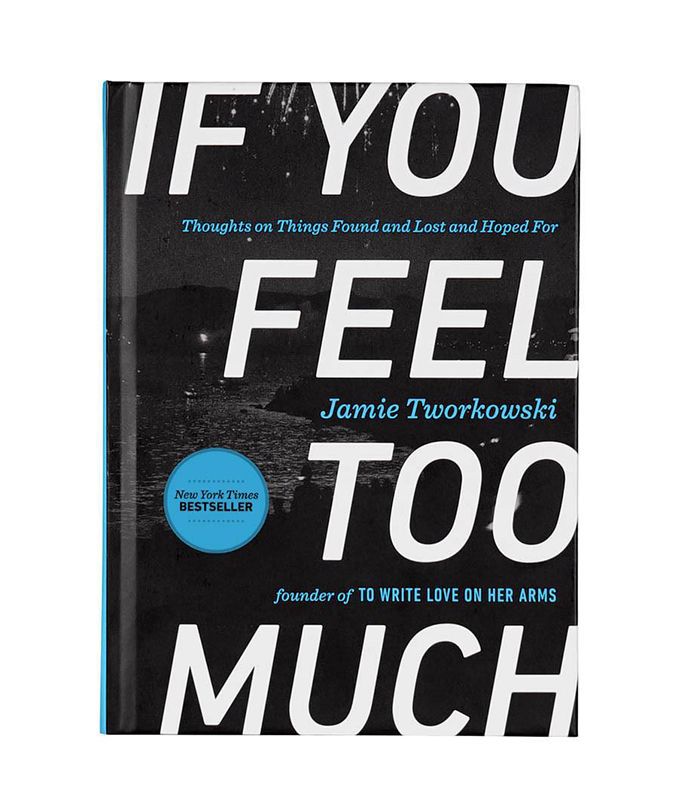 Jamie Tworkowski If You Feel Too Much $18 $9
Shop 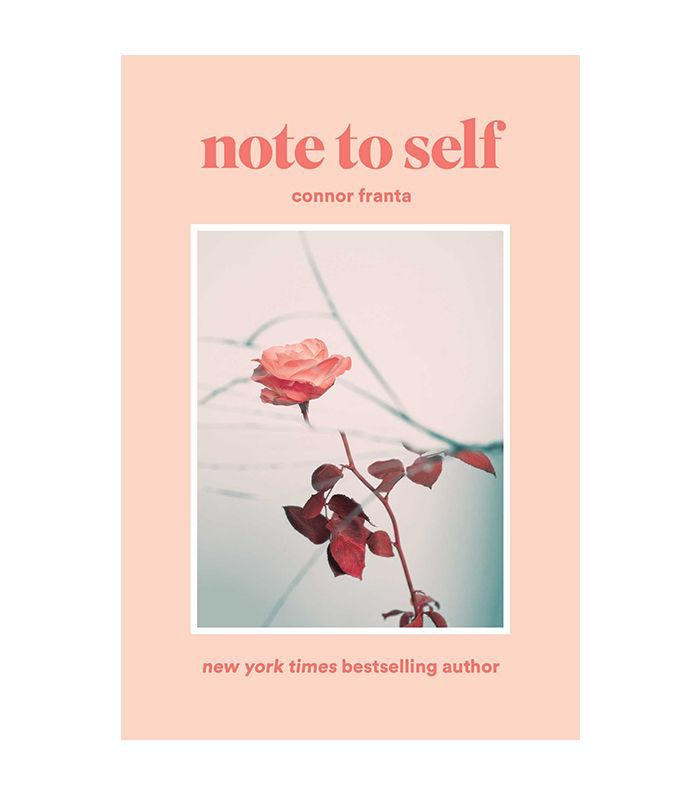 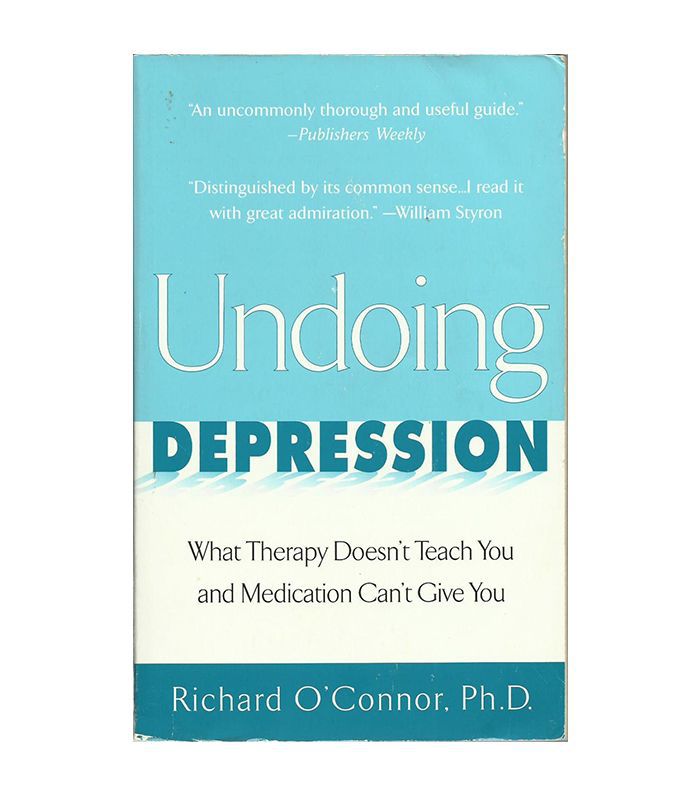