The Trendy Murphy Bed Is Made to Save Space—and Looks Amazing, Too 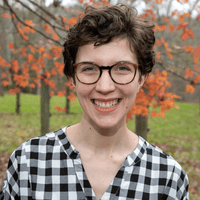 What Is a Murphy Bed? The History of the Murphy Bed Can You Leave on Bedding When Folded Up?
How to Style DIYing a Murphy Bed

The Murphy bed is space-saving staple for the tiny city studio or the dual-purpose bonus room. It's been around for over 120 years, and modern Murphy beds are only getting more impressive, with built-in lighting, desks, and storage. But, how exactly does a Murphy bed work? And where did it get its name from? Keep reading to find out.

What Is a Murphy Bed and How Does It Work?

What Is a Murphy Bed?

A Murphy bed folds back into the wall, also called a wall bed or a fold-down bed. Murphy beds typically rest against a wall when upright, but they can also rest inside a closet or cabinet.

Modern-day Murphy beds use either a spring or piston mechanism to lift the bed up and down, and the mattress is attached to the bed frame to keep the two together when the bed is upright. The bed can be lifted up into the wall when not in use and can be covered up with a large cabinet front, making the whole piece look like built-in shelving during the day.

Murphy beds are the perfect choice for tight spaces where there may not be room for a bed all the time (like a studio apartment) or in spaces where a bed isn't always needed, like a combo guest bedroom and office. Murphy beds have also been used in dorms and motels over the years.

The History of the Murphy Bed

The story goes that the Murphy bed was invented in the late 19th century by William Lawrence Murphy, an Irish immigrant living in San Francisco. Murphy lived in a small studio apartment, where the bedroom and living space were combined. This prevented the opera singer he was courting from entering his home, as it was considered taboo for a woman to enter a man's bedroom.

But, social mores and a small living space were not about to deter Murphy from love. So, in order to make his sleeping space disappear (thus removing any rumors of impropriety), he designed the Murphy bed. Murphy later married the opera singer, filed patents for his bed, and started the Murphy Bed Company, where he sold his disappearing beds nationwide.

Can You Leave Bedding on a Murphy Bed When It's Folded Up?

Thankfully, you don't need to make a Murphy bed from scratch every time you use it. You can leave your sheets and bedding on a Murphy bed when you fold it up, but it's a good idea to remove anything excessively large (like fluffy pillows) so that it can fold up correctly.

That's another reason a Murphy bed is such a great idea for guest rooms—because you can leave bed linens on a Murphy bed, you'll have a ready-to-go guest bed whenever you need it.

How Do You Style a Murphy Bed?

Most Murphy beds are built so that they look like large cabinets when upright. Many of them have a set of shelves on either side of the bed to be used as a nightstand or storage. The accompanying shelving is the perfect place to add some fun accessories or a couple of good books. You can also embrace the built-in shelving look by adding additional shelving on top for a wall-to-ceiling look.

There's also wall space above the bed that's typically used to hang something flat. Embrace it—use the empty wall space above your folded-down bed to add some art or a favorite picture. This will help the bed feel homier and less utilitarian.

As cool as Murphy beds are, they're also quite expensive. Many will set you back at least a few thousand dollars, and still require self-installation once they arrive at your doorstep. But there's another option—the DIY Murphy bed.

There are a few great ways to do this. You'll probably need to purchase a DIY Murphy bed hardware kit if you want any kind of spring lift. For the bed itself, check out this IKEA hack (or this one!). Have barely any DIY experience and want something super easy? This tutorial from The DIY Village is also a promising choice. Get building!

What Exactly is a Daybed? Here's What to Know About This Comfy Hybrid