What Women Want in a Man 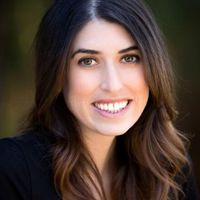 Do you think that good looks, fame, and fortune are what women today are seeking in a man? Guess again! In terms of what women actually want in the guy they hope to spend the rest of their lives with, it’s imperative to look past the superficial and focus on what’s truly important in a relationship. When it comes to their very own Prince Charming, women are drawn to men with these seven essential qualities and characteristics.

When a man believes in himself, knows who he is, and knows what he wants, this is very appealing to a woman. However, it’s important to note the key distinction between having high self-esteem and having an over-inflated ego. While women want a man who is confident and self-assured, they don’t want a man who is overbearing, has to be the center of attention and thinks he’s the most important person in the world. Being confident means being comfortable with who you are and believing in yourself and that you’re worth it. Women will respond to the positive and upbeat energy you're putting out in the world if you're able to see your own value and that you have a lot to offer.

When a man is honest and trustworthy, he instantly becomes more appealing and desirable to a woman. For instance, if he’s dependable, truthful, genuine, and speaks from the heart, this is a guy who is worth pursuing, as people can take him at his word. On the flip side, if a man is dishonest, unreliable, and deceitful, this kind of shady and shifty behavior isn’t attractive, and she won't waste her time or energy on a man who simply can't be trusted. If you can't be forthright with a woman, she won't think you're right for her.

Having integrity means acting virtuously and having a strong moral character. Women desire a man who is honorable, fair, and ethical, as it's a reflection of who he is as a person. For instance, if you can be counted on to act in a just way and to do the right thing, women will be drawn to your strong moral principles and know that you're a man with a good heart. In terms of relationships, having integrity can help strengthen the bond that you have with a woman, as your moral principles will guide your behavior and help you to be the best partner that you can be.

If you’re a man who is compassionate and empathetic, you’re one step ahead when it comes to attracting women. For instance, women want a man they can open up to, whether it’s about a bad day at the office or in regard to their deepest hopes and fears. Having empathy means that you’re able to understand another person's point of view and can sympathize with what he or she is going through. Women are highly interested in a man who has the ability and desire to show care and concern for others.

It can be challenging to open up about what’s bothering you, to be vulnerable around others, and fully let somebody else into your life. However, women desire a man who is emotionally honest and forthright rather than a man who is cut off and emotionally unavailable. And while fully and openly expressing your feelings may seem strange or awkward at first, it’s important to be able to show a more vulnerable, emotional, and human side to yourself if you want to build a lasting relationship with another person. Women prefer a man who isn’t afraid to show their true feelings instead of a man who keeps everything bottled up inside of him.

As the late and great Aretha Franklin sang out so beautifully to the world, what women truly want is "respect." And in order to have a healthy, happy, and successful relationship, both partners have to care about each other deeply, admire each other, and treat each other with the utmost reverence, reciprocity, and respect. If a woman feels taken for granted, dispensable, or treated poorly by a man, she'll likely drop him in a heartbeat in order to avoid a broken heart down the road. By showing a woman you care about her and giving her the respect she deserves, she'll be even more drawn to you.

You certainly don’t need to be a stand-up comedian or a comedy writer to capture the attention of a woman, but having the ability to goof off, joke around, and have a sense of humor is highly appealing. If you exude a happy, lighthearted, and positive energy into the world, women will want to be around you because they know they’ll have a good time and are guaranteed to smile when you’re together. Laughter is a key component of a healthy relationship, and being able to find the humor in different situations is actually what makes you a great find.