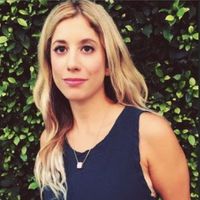 If you’ve ever moved into a new home, you may have considered using an interior designer. But even the thought of hiring one can feel intimidating for some people. Perhaps you feel like your budget isn’t high enough. Or that you’ll end up working with someone who won’t understand your vision or style.

Still on the fence? I spoke with two of my favorite designers, Alexis Rodgers and Sormeh Rienne, who recently designed The Guild Hotel, about when you should work with an interior designer, and when it’s best to go about your project solo.

Moving into a new home can be overwhelming. According to Rodgers, a designer can help you improve upon overarching elements that are in need of updating, such as paint colors, lighting, window treatments, and floor plans. “You can also enlist their services to simply help you decide which pieces from your former home to keep and their ideal placements, and what new pieces are needed to fill out the space in both a cohesive and beautiful way that suits your taste and the way you want to use your space,” she says.

You don’t need a super high budget to work with a designer. In fact, they can help keep you on budget, explains Rienne. “A designer has a dossier of secrets, these secrets will save you time and money; everything from discounts to hidden gems, to understanding what pieces are worth the investment; the wealth of knowledge is invaluable.”

One thing that some people do not realize is that designers pay trade pricing on most everything, passing the deal onto their clients. They also know where to cut corners (skip the fancy toilet) and when spending extra makes the most sense (for your dream soaking tub). So, using a designer can essentially pay for itself.

6 Ways to Get Interior Design Help on a Budget

You Should Work With A Designer For Major Renovation Projects

Yes, a contractor can help you plan for tearing things down and moving walls, but there are so many details to consider when undergoing a major renovation, explains Rodgers. “They will help you formulate a plan to make sure all choices, both large and small, go together for a final look that not only reflects the style you like but makes functional sense as well.”

Interior designers can help you decide on the style and placement of cabinetry, hardware, plumbing fixtures, and lighting.

Rodgers also notes that designers can help you figure out the more functional aspects of a large scope project. “Even the seemingly unglamorous decisions like where to place your kitchen outlets can make a big impact in the final outcome of the project. For example, if you want one solid piece of marble backsplash in your kitchen versus a tile backsplash, it’s best to conceal the kitchen outlets underneath the upper cabinets to avoid breaking up the backsplash with outlet cuts.”

You Should Work With A Designer For Mid-Level Renovations

Perhaps you aren’t gutting your kitchen or bathroom, but you’re doing a lot more than buying furniture. For example, putting in a new countertop or choosing new cabinetry or appliances. “A designer has a wealth of resources,” says Rienne.

Design needs to be functional. For example, an unsealed Carrera marble countertop may look beautiful, but if you cook every night, you will likely stain and ruin it. An interior designer can help you find a quartz lookalike that will be far more suitable for your lifestyle.

“If you don’t design for a living, having to narrow down selections of wallpaper, flooring selections or lighting can be overwhelming,” says Rodgers. She emphasizes that each decision you make will ultimately eliminate thousands of other options, so it’s important to make sure you are as informed as possible.

Designers can help you avoid selections that won’t serve you in the long run because they can see the bigger picture. They also know about specific products because it’s their job. “They have either experienced or are well versed in both the strengths and the shortcomings of the many selections you will be choosing from.”

Rienne says working with an interior designer is a collaboration. They can’t make every decision for you and you both need to work together. “I got into design because I genuinely love creating experiences for people. Part of the process of working with me is that I truly work with my clients.”

If you have an idea of what you like or want, that shouldn’t deter you from using an interior designer. They will help you bring it to life in a way you probably wouldn’t be able to on your own, she explains. “Hiring a designer is a great call when you just want someone to help guide your vision."

12 Insider Tips for How to Choose an Interior Designer

Is the goal to move into a perfectly finished home? Either delay your move-in date or re-evaluate your plans. Good design takes time. Not just choosing items, but shipping and customizations can take a few weeks or even months. Issues can arise that are out of the designer’s control such as items being destroyed in the shipping process (this just happened to me and an entire piece of custom furniture had to be re-manufactured), delays from foreign suppliers, etc.

If you want to move into a new place with little leeway time and everything perfectly set up and finished, that just won’t happen when you use an interior designer. You’re probably better hitting up a store that sells packages of rooms and throws in free lamps and a side table. Of course, it won’t look as nice or have a designer touch, but you’ll have a comfortable place to sit. Alternatively, you can rent furniture and take your time deciding what you really want.

5 Services for Interior Design on a Budget