A group of insanely stylish and savvy women in their 60s is breaking the mold with authenticity, honesty, and a zero–face-lift policy. These women are proud of their unconventional looks, disregard trends for personal style, eschew gender conformity for feminism, and exercise their sharp wits, all while they perfect the art of aging gracefully. Their attitude is catching on, and luxury brands have taken notice, tapping women in their 60s, 70s, and even 90s for major campaigns over the latest It girl.

L'Oréal was at the forefront of the trend, selecting 69-year-old 1960s supermodel Twiggy as its UK ambassador for its Professionnel salon line in 2015. French fashion house Céline signed 84-year-old literary icon Joan Didion for its spring 2015 campaign. Folk darling Joni Mitchell, 75, was the face of Saint Laurent's music project campaign, fashion icon Iris Apfel, 97, starred in Alexis Bittar's spring/summer '15 campaign, and back in 2014, American Apparel scouted 66-year-old Jacky O'Shaughnessy on the streets of New York to appear in its lingerie ads.

But modeling isn't the only arena where these women shine. They're award-winning actresses, successful entrepreneurs, and best-selling authors. So we wanted to know their secrets to live happy, fulfilling, healthy lives without being thwarted by something as inconsequential as age.

You might be familiar with Christie Brinkley from her Sports Illustrated swimsuit covers in the '80s, but since her discovery as a teen by Elite Model Management in 1973, the beautiful blonde has fronted more than 500 magazines and enjoyed a 20-year contract with CoverGirl.

Four decades on, the radiant California poster girl is now a bona fide model mogul with her own skincare line, Christie Brinkley Authentic Skincare, a best-selling book, and the Hair2Wear Christie Brinkley Collection of wigs, hair extensions, and accessories. But the secret to Brinkley's long career is her sunny disposition, positive personality, and ageless philosophy—it's what's on the inside that counts.

"First of all, I wish that women wouldn't feel the pressure to look a certain way," she told Elle. "I wish that they would place the emphasis on feeling great. When you feel great you emanate a certain energy that translates as beautiful. I don't care if you have the standard beauty or not, it's that X-factor that comes through, and the basis of that is good health." 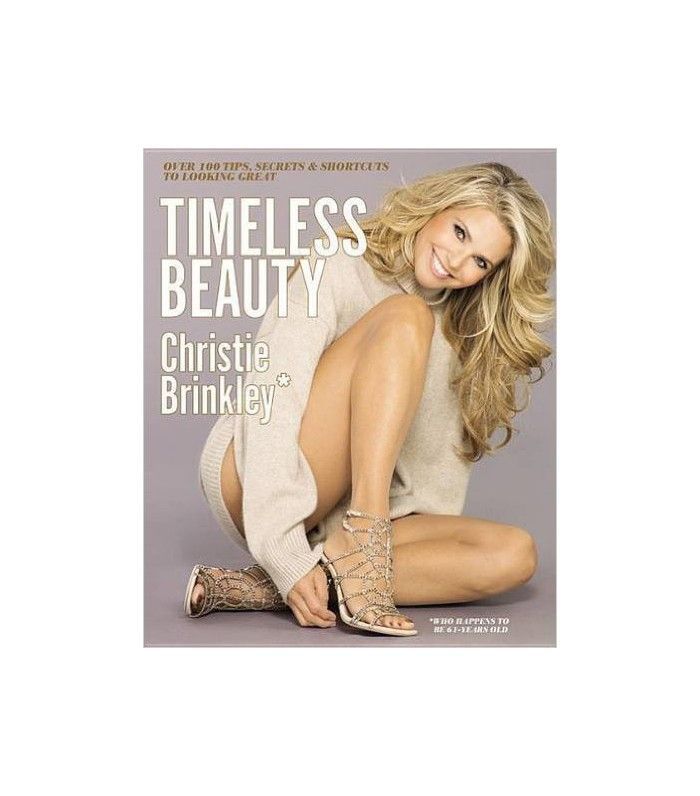 When it comes to aging, Iman, 64, doesn't take it too seriously. The international model, style icon, and philanthropist once told The Huffington Post, "I'm African, so it's all good. We don't stress about that stuff. We don't celebrate birthdays...my birthday isn't something I dread or look forward to. The year starts and it's downhill from there [laughs]! My younger daughter's American so we celebrate for her."

It seems happiness comes naturally too. "I'm a very easy-going person. My daughters make me happy. A good-weather day makes me very happy lately. Obama. Any pictures of Obama and his daughters are uplifting. It's easy to be happy."

Beverly Johnson made history as the first black woman to cover Vogue in 1974, and she has continued to prove her supermodel status ever since. Her career paved the way for ethnic diversity in the fashion industry, and she has personally mentored many young models along the way. As one of the highest-paid models at the time, Johnson graced nearly 500 magazine covers and authored a book about her journey, The Face That Changed It All.

When it comes to aging, Johnson says it's about discovering what makes you feel good, inside and out. "That depends on each individual and how they feel great," she told Today. "There are a lot of women that love their hair going gray and they love not having to color their hair all the time—which is a pain, I must say—and they love the way they look with gray hair." 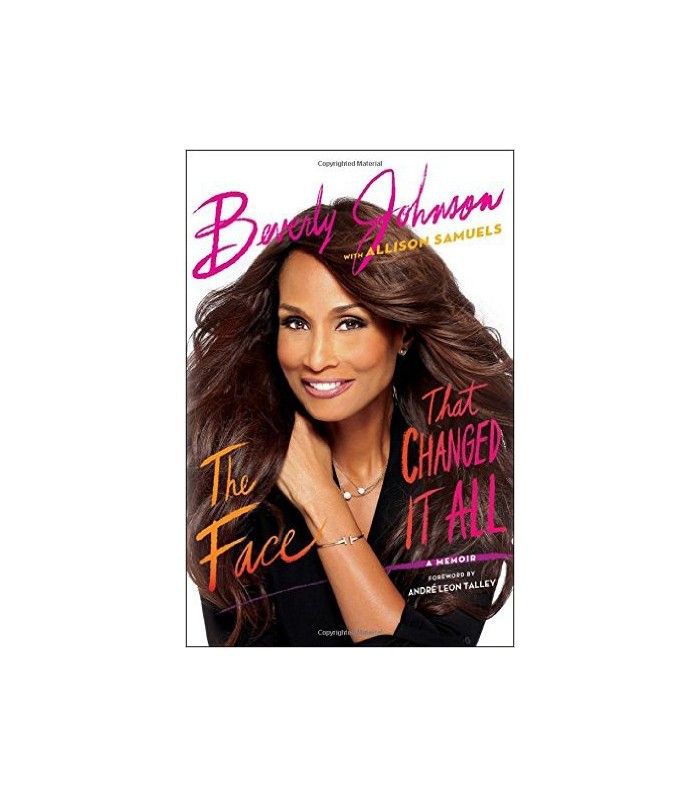 Kim Basinger is an international screen icon with several award-winning flicks under her designer belt, but the successful actress and mother show no signs of slowing down. In fact, the beautiful blonde signed on with IMG Models in 2013, the same agency as her daughter Ireland Baldwin. In the same way, she boldly moved to New York as a model in her 20s to signing on now in her prime, Basinger believes confidence is key.

"It was just an ongoing belief and faith that this is where I was supposed to go, where I was headed because I had to do this thing," she told Interview. "It was really just an intuitive knowing, and you don't back down from that. I don't care if fear is involved—and there had been a tremendous amount of fear at times."

Basinger's biggest piece of advice is to stay interested in life. "I'm very thankful that I've had such longevity and variety," she said. "There are so many things in this life that I want to do and I can't do them all. I know that my inbox will be so full the day that I leave the planet. So you try to stay interested in life and bring some kind of comfort and pleasure to others on this planet as you're going through this journey."

For successful actress Jane Seymour, you're only as old as you feel. "When I look at my actual chronological age, I'm in shock. I don't feel like someone in my mid-60s," she told The Huffington Post. "I don't behave as my parents did." The Feel Grand host is a big advocate of inner wellness and radiance, ditching plastic surgery in favor of natural beauty. "I don't do Botox or Restylane," she said.

Jane Seymour says forgiveness is the key to leading a fulfilling life. "Huge changes have happened in my life just recently, and I've worked hard on accepting how things are and have tried to let go," she said. "Shame and regret don't get you anywhere and can age you."

I've just decided to accept the aging process and be as happy and healthy as I can for as long as I have the privilege of being here. 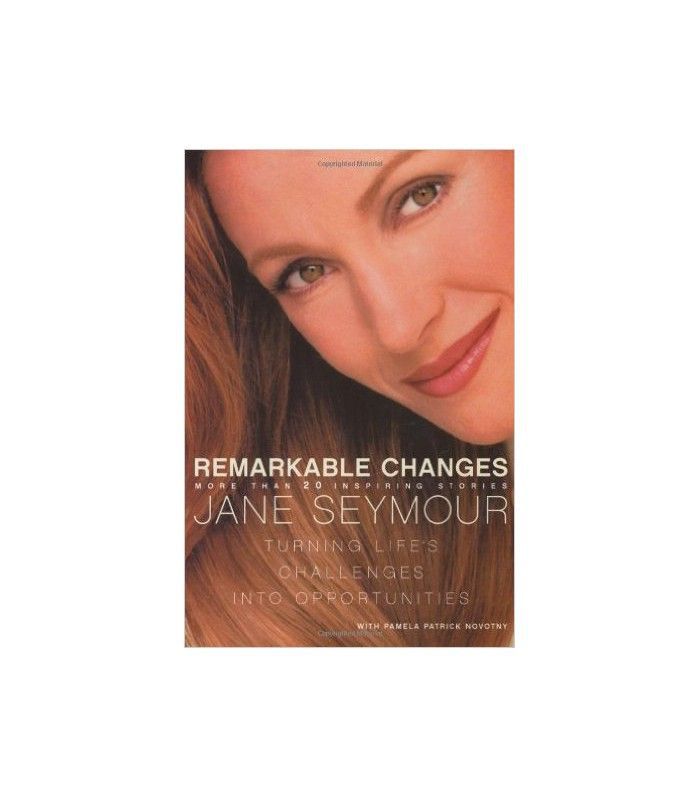 Before being scouted in a New York restaurant by American Apparel's then creative director, Marsha Brady, Jacky O'Shaughnessy had never modeled before. In 2011, she starred in its Advanced Basics campaign dressed in lingerie with the tagline "sexy has no expiration date," and the internet went crazy, mostly with praise for the mature move, applauding the retailer for "embracing old age." Jacky agrees. "I was game the whole time," she told Elle. "I'm comfortable. I don't feel that any of this is inappropriate. When people talk about age-appropriate hairstyles, and age-appropriate dressing, well, whose age? And who are you?"

While she exerts bold confidence now, she confessed to Women Fitness that "learning to love myself was very hard; it took intention and practice." Her advice to other women who want to feel beautiful and confident at every age is acceptance. "Beauty is really a matter of perception. It's cultural," she said. "The dictates of society can exhaust you if you buy into them. Every age has its advantages and its challenges. Accept where you are now. Not tomorrow, or 10 pounds from now, or once you've done this or that. Now. Love yourself. It's the springboard to everything else."

The Nightly Routines of 17 Successful Women