These 17 Yellow Bedrooms Will Have You Waking up Happy 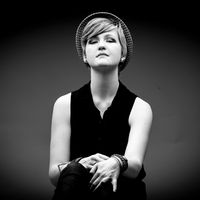 Emily Bihl has been writing about fashion, lifestyle, and home décor for more than six years. She received her bachelor's degree with honors in English and creative writing from Johns Hopkins University in 2015 and has been creating editorial and branded content ever since. Previously, she has written for Hunker, Brit + Co, Martha Stewart Living, CoolHunting, Fashionista, and Racked, in addition to developing copy for brands like Giorgio Armani, Opening Ceremony, and Steve Madden.

We'll be the first to admit it—we're not exactly morning people. But after seeing these bright and sunny bedrooms, we're rethinking our stance. While conventional wisdom suggests painting your bedroom a muted blue to encourage restfulness and relaxation, we can't help but think that maybe this approach is neglecting another (equally important!) element of the sleep cycle: waking up.

From ultra-saturated sunflower-inspired shades to warm and glowy golden hues, there's something about opening your eyes to a yellow bedroom that delivers a jolt of optimistic energy that can turn even the staunchest night owl into someone who rises with the sun. Talk about a glow-up.

"I've really been trying to push adding color in your space recently, just to brighten and bring up moods," interior designer and color expert Iman Stewart tells MyDomaine. "I just think it's so important—color adds so much. It’s an instant mood booster." Something we all need now more than ever.

Iman Stewart, design director of I|S Iman Stewart Interiors, is a Toronto-based designer of residential and commercial spaces with projects spanning Canada, Jamaica, and the U.S.

Keep scrolling to see the most dazzling and expectation-defying yellow bedrooms, plus Stewart's tips for achieving the look yourself.

Choosing the Right Shade for Your Decorating Style

We're smitten with this yellow-on-yellow kids room that packs a major punch in the personality department. A bright lemony bed almost blends into an equally bright yellow wall with a funky asymmetrical color block, and we couldn't be more impressed with the high-impact, low-risk result. Yellow bedding and a colorful quilt add another pop of color while gray accents ground the space.

Who's afraid of a little pattern mixing? Definitely not us. From that yellow chevron headboard to floral print bedding to graphic curtains, this eye-popping, high-contrast bedroom shows that there's no such thing as too much pattern. Take cues from this space by keeping complementary colors and pattern scale in mind, aiming to hit one each of large-, medium-, and small-scale patterns for variety.

"Jewel tones are still very hot right now," shares Stewart. When in doubt, you can always count on them to pump up the vibrancy of a space. A golden mustard or citrine will play well with other vibrant colors like amethyst, teal, and emerald. With jewel tones, floral prints, and architectural trim, this bedroom has all the elements of a traditional-style space, but its bold mix of colors and tongue-in-cheek accessories let the owner's rebellious personality really shine through.

Been itching to try out the mural trend? Great news—shades of yellow are the perfect complement to a whimsical wall motif, so get out your paintbrushes and let the creative juices flow. We love this freeform mosaic style that incorporates other on-trend hues, too (we're looking at you, desert pinks). It's a show-stopping backdrop for a simple white bed (or crib) and other neutral décor.

Not sure if you want to splurge on a wall mural? Don't sweat it—companies like Wayfair and West Elm offer peel-and-stick versions, so you can try out the trend without totally committing.

Even if you're not a morning person, you'll enjoy waking up with the sun—i.e., a bright orb painted behind (or in lieu of) the headboard, like in this yellow and orange bedroom that really shines. The sun here may be orange, but a door and throw blanket in happy yellow shades plus splashes of mustard and gold throughout reinforce the sunny disposition of this vibrant bedroom.

If a calming oasis best suited for lazy Sundays and Netflix sessions is what you're after, consider opting for one or two yellow accent pieces instead of an entirely yellow-centric palette. Here, a mustard quilt lends a layered look to this cozy retreat and ties back into gold and wood accents for a cohesive palette. We love how everything stands out against those dreamy blue-gray walls.

Maybe you're a little skeptical when it comes to bold paint colors, and that's okay. Stewart suggests creating contrast by instead opting for a neutral base. "A good neutral color would be like a gray or off-white," she says. "Then bring pops of the yellow out through your décor pieces." In this regal retreat, a mix of accents in saffron-y shades creates major contrast against a creamy white slate for a glam vibe. On another note, is it just us, or is mustard-hued velvet the most luxurious-looking fabric on the planet?

The secret to making any space look modern? Unexpected color combinations. Don't be afraid to experiment with mixing colors until you're happy with the outcome. In this light and cozy corner bedroom, warm rust tones lend an earthy element to the space, drawing out the umber tones of a Japanese-inspired floral fabric from design house Schumacher. Beige accents pull from the same palette and continue the earth-inspired color story.

Turns out an expansive yellow wall presents an ideal backdrop for your curated art collection, especially considering it draws the eye pretty much as soon as you walk through the door. An eclectic gallery wall in particular looks even more museum-worthy against bright, super-saturated yellow walls—the perfect way to ensure you're always viewing your treasured art in the best possible light.

If you're really looking to make a statement, don't be afraid to embrace your inner artist and color enthusiast. You know what they say—"no risk, no reward." Definitely not for the faint of heart, this ultra-colorful bedroom boldly embraces wainscoted walls painted in a duo of yellows—a yellow lover's paradise, if we ever saw one, ideal for the sunny optimist.

When using an especially eye-popping wallpaper print, try tackling just one wall. Not only does it make things easier if you change your mind (and doubly so, if the wallpaper is removable), but it's a great way to keep the print from becoming overwhelming, especially in small spaces. Stewart also suggests toning down some of the other elements. "If you're going to be doing [yellow] wallpaper, I would definitely try to go neutral with some of the other pieces so you don't overwhelm the space." Here, crisp white bedding, wood furniture, and a jute rug provide just the right balance.

It's no secret that we're big fans of the slightly mussed linen bedding look, but we're completely stumped as to why we've never considered swapping the traditional off-white or gray for bold primary yellow (or any sunny shade, really) until now. This look is mood-lifting, especially against the neutral backdrop of muted millennial pinks, grays, and earth tones.

If you're anything like us, you're forever dreaming of when you'll be jetting off to your next getaway. But why wait? Bring vacation to you through getaway-inspired decor, whatever that may mean to you. We love how this vibrant bedroom channels relaxation with its island resort vibes in shades of goldenrod, persimmon, and teal, plus bold graphic textiles set against crisp, white linens.

Prefer a woodsy retreat? Earthy hues of yellow, brown, and green accented by graphic plaids and organic patterns might be more up your alley.

Considering yellow has been floating in and out of stylish interiors for decades, a yellow bedroom is a great way to put your love for all things vintage on display—no matter what era catches your eye. This nursery shows how a charming cream, yellow, and orange printed wallpaper sets the mood for the entire room, accented beautifully by wood tones, pretty pastels, and antiqued art prints. The effect is vintage-inspired yet timeless.

Who says yellow can't be calming? This boho retreat is proof that a golden backdrop can be just the right marriage of chill and cheerful, especially when layered up with tons of soft, neutral accents. Stewart also points out that yellow can go really well with a pop of green, especially if you throw a few houseplants in the mix like we see here.

Maybe you like yellow but you don't love yellow? For some people, less is more when it comes to such a bright color. Take this serene space—a yellow graphic quilt lends a well-traveled look to the cozy retreat, accented by austere, Scandi-inspired surroundings. That simple splash of color is just the right touch to warm up the room without disrupting the clean aesthetic.

14 Purple Bedroom Ideas That Don't Feel Like a Kid's Room